Amidst Global Rush, India Hopes For 'Stable' Supply of PPE, Ventilators From China

India has, tellingly, cautiously refrained from placing any blame on Beijing for its handling of the initial outbreak. 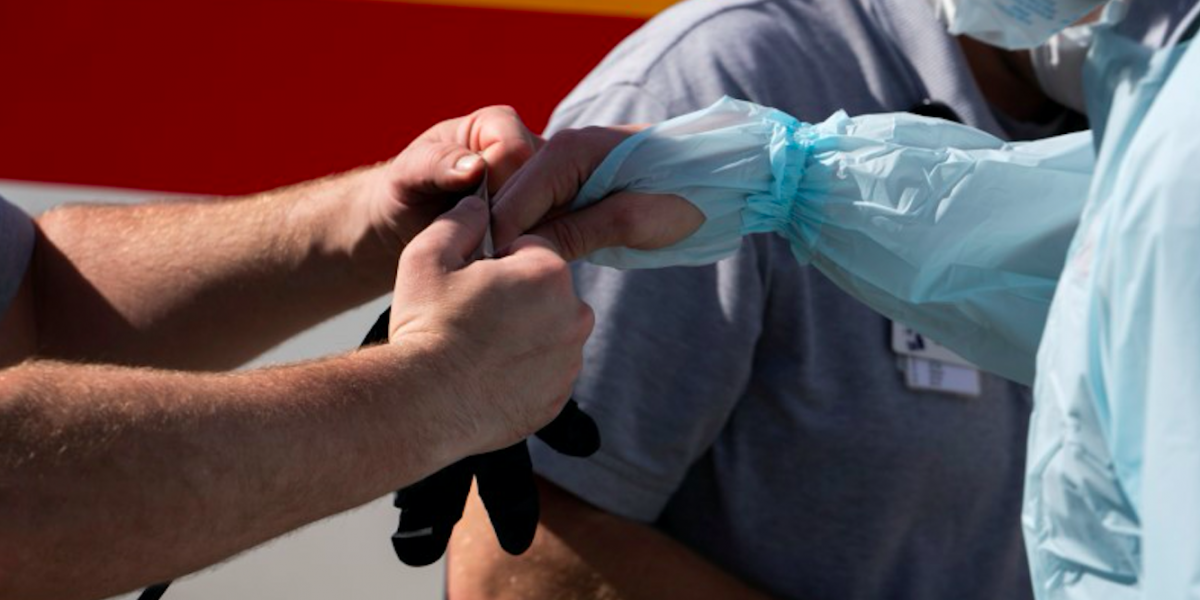 New Delhi: India is hoping that a “stable and orderly” process of procurement of personal protective equipment and ventilators from China is followed on an “immediate priority” basis. Indian ambassador to Beijing Vikram Misri said this at an interview.

India’s reference to a “stable” supply us significant, as it comes in the background of reports of various countries outbidding each other in trying to buy critical medical equipment from China. The Chinese are now in a position to supply to the rest of the world, since Beijing has claimed that the outbreak has been contained and the curve has been ‘flattened’.

In an interview to China’s state-run television network, CGTN, the Indian envoy said that his current job profile entirely consisted of procuring ventilators and PPE kits for health workers.

“In the present case…what we are doing is that we are commercially procuring a lot of equipment from wherever it is available. China is a country where a lot of this is available. You are one of the largest manufacturer of PPE and ventilators and other such equipment. So, I think the immediate priority would be for us to be able to source these in a stable and orderly manner from here,” he said in the interview broadcast on April 7.

There has been a global rush to procure ventilators and PPE kits from China, which has led to complaints that some countries were taking advantage of their bigger economy.

Last week, the Brazil health minister Luis Henrique Mandetta had claimed that Chinese suppliers had not honoured their contracts after US government sent more than 20 cargo planes to buy the same products. The US has denied the allegations of hijacking Brazil’s medical purchase from China.

There is no clear public data on the gap between current resources and actual requirement, but officials have said that there is a big shortage in these categories of medical equipment.

In his interview, Misri reminded that India had flown in 16 tonnes of medical assistance to Wuhan in one of its aircraft which was evacuating Indian nationals from the epicentre of the outbreak.

The Indian envoy stated that currently his schedule “was consumed entirely” in scrambling to procure items from China.

“We are pre-occupied, 100%, in meeting the needs of our medical community. That entails that a lot of procurements be made from China, of various kinds of testing kits, PPE kits, of ventilators. This keeps us busy in terms of engagement not only with the Chinese government but also with a very, very large number of companies,” he said.

“A relationship with a very special character”
As India and China embark upon the 70th Anniversary of diplomatic ties, Amb @Vikrammisri discusses the bilateral relationship with @tianwei of @CGTNOfficial (1/2)

While the Indian government has been careful not to make any adverse statement on China’s initial handling of the pandemic, sections of Indian media and the online space, which are largely pro-government, have been leading the vanguard calling for a strong pushback to Beijing, mirroring the narrative in Washington.

It is highly unlikely that Indian government will take a public position on asking for accountability from Beijing at this juncture, especially since it cannot rock relations while it looks to buy crucial protective gear and medical devices from China. But, even after the ‘peak’ of the pandemic wanes, New Delhi may not be as vocal as Washington, especially since India does not have the advantage that the US has – that of not sharing a border with China.

Prime Minister Narendra Modi has also given relations with China a special position in his foreign policy platform, projecting a personal chemistry with Chinese president Xi Jinping through the two informal summits.

The Indian ambassador also advocated the need to put aside differences in order to have a global response against the coronavirus outbreak. “The enemy here is not an individual country or a group of countries. It is the virus that doesn’t discriminate,” he said.

This year, India and China were supposed to have held a series of 70 events to mark the 70 years of diplomatic relations. But, the COVID-19 pandemic has upended plans.

“There is some time to go till we can be certain about when we can actually plan something and start inviting people to it. That necessarily impacts the India-China calendar,” said Misri.