The six-day meeting in Bogota of FARC members, who have handed in more than 8,000 weapons to the United Nations during their demobilisation, is expected to conclude on Friday with a platform that the party will campaign on in elections next year. 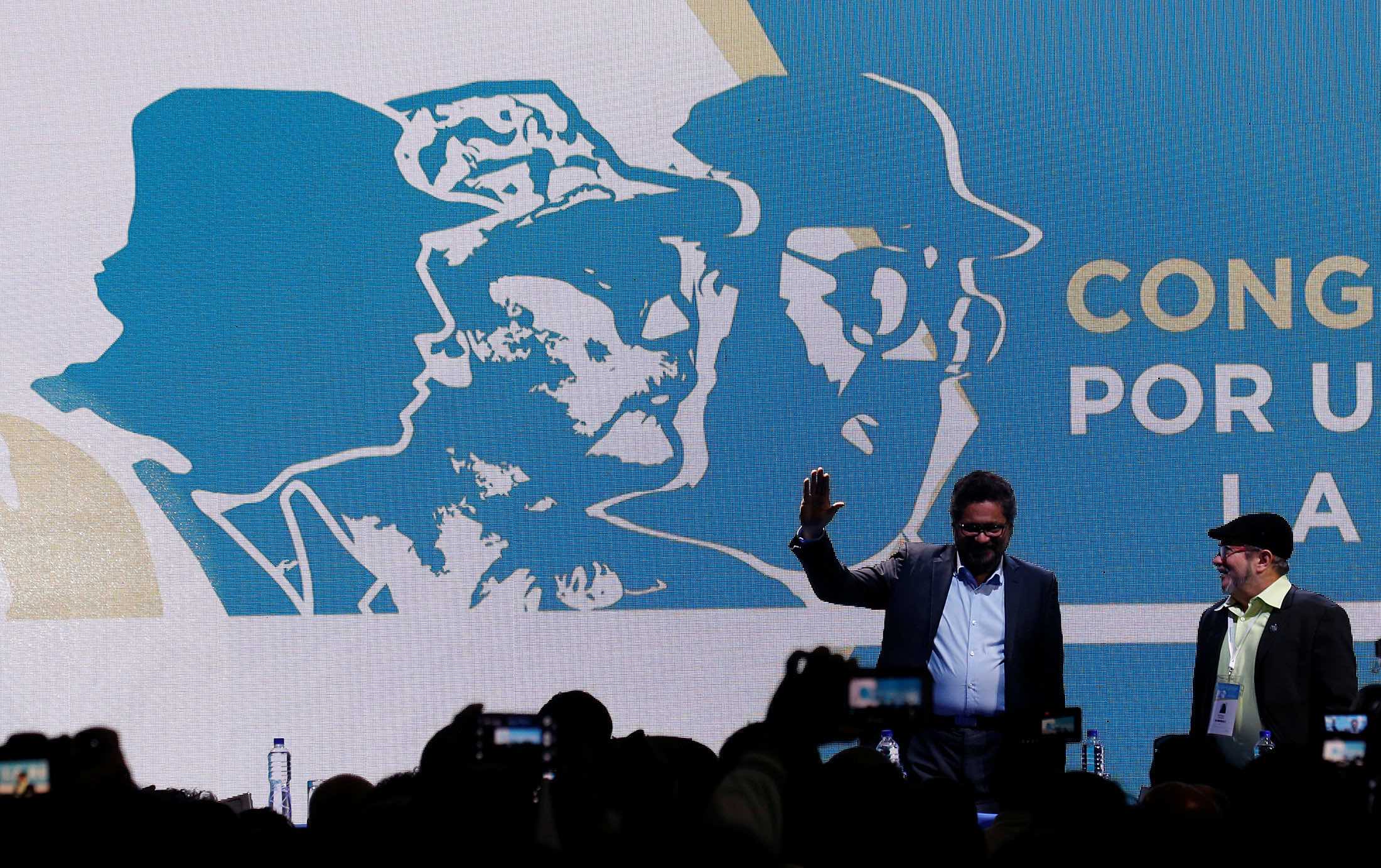 Bogota: Colombia’s leftist FARC rebel group is introducing its political party at a conference that began on Sunday, a major step in its transition into a civilian organization after more than 50 years of war and its first chance to announce policy to skeptical voters.

The six-day meeting in Bogota of FARC members, who have handed in more than 8,000 weapons to the United Nations during their demobilisation, is expected to conclude on Friday with a platform that the party will campaign on in elections next year.

Under its 2016 peace deal with the government to end its part in a war that has killed more than 220,000 people, the majority of fighters in the group formally known as Revolutionary Armed Forces of Colombia were granted amnesty and allowed to participate in politics. Whether therebels will get backing from Colombians, many of whom revile them, remains to be seen.

The FARC‘s often old-fashioned Marxist rhetoric strikes many as a throwback to their 1964 founding, but proposals for reforms to complicated property laws may get traction with rural voters who struggle as subsistence farmers.

The peace accord, rejected by a less than 1 percent margin in a referendum before being modified and enacted, awards the FARC‘s party 10 automatic seats in Congress through 2026, but the group may campaign for others.

In a sight that would have been unthinkable just a few years ago, FARC delegates arrived by bus to the center of the capital, escorted by police on motorcycles.

“From this event on, we will transform into a new, exclusively political group that will carry out its activity by legal means,” FARC leader Rodrigo Londono, who is known by his nom de guerre Timochenko, told hundreds of attendees at the event center in Bogota.

“We have in front of us many challenges and many difficulties,” Londono said. “Nothing is easy in politics.” 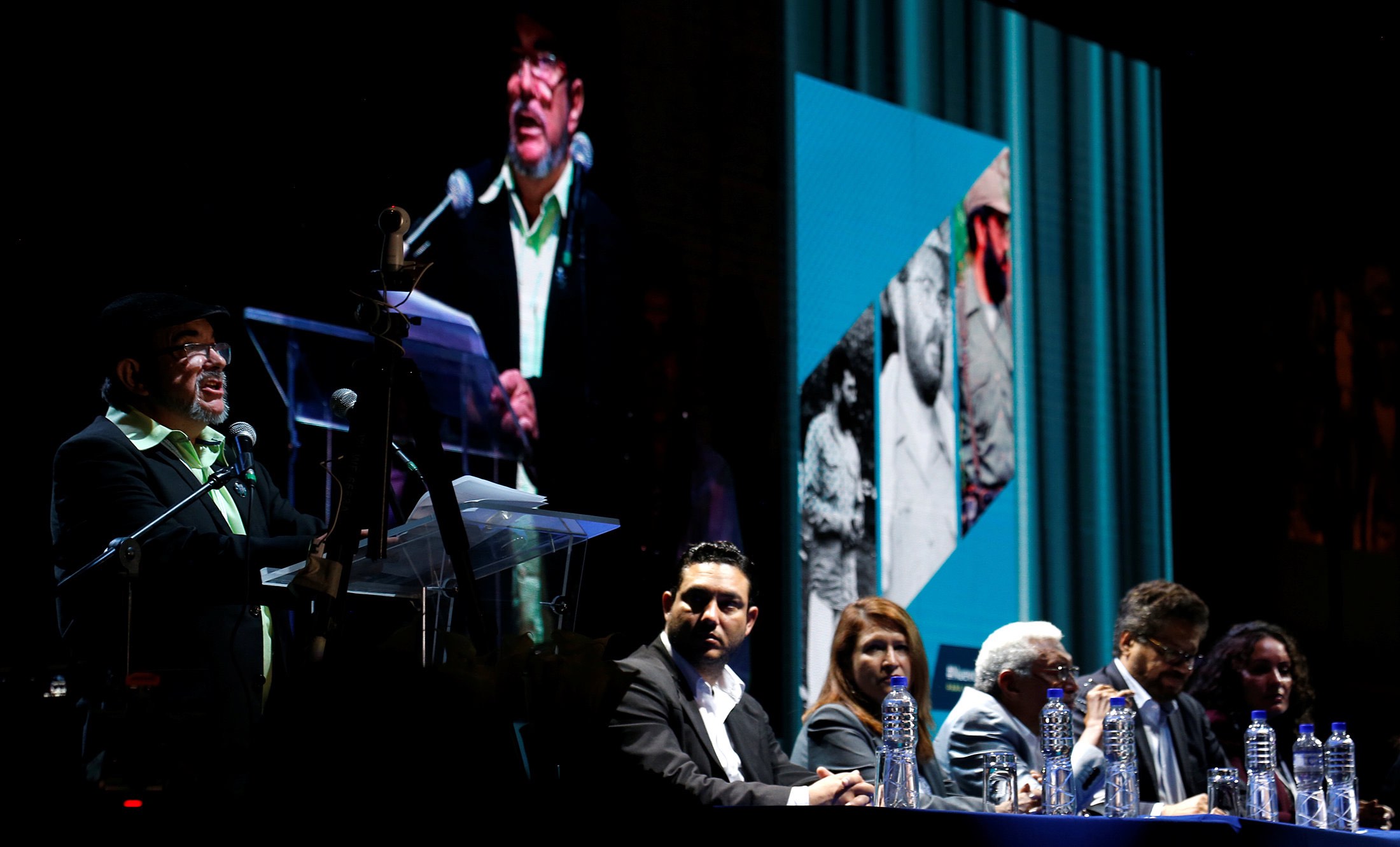 Rural improvements will remain a focus for the party, he added.

The party will initially be called the Revolutionary Alternative Force of Colombia, preserving theFARC initials in Spanish.

Both legislative and presidential elections will take place in 2018. It is not yet clear in which races the FARC will run candidates.

“I think the FARC will try for a regional consolidation, using the presence and influence they have in certain provinces,” said Catalina Jimenez, politics professor at Externado University. “At a national level, they need a large amount of votes they still don’t have.”

The FARC is open to coalitions, the group said this week.

Fractured by infighting, leftist parties have long struggled in conservative-leaning Colombia, despite some success in winning urban positions.

Widespread corruption scandals will probably be a top issue for the crowded field of 2018 presidential candidates. Campaigns are also likely to focus on proposals to improve the daily lives of Colombians, many of whom say they desperately need better security, public education and healthcare.

The FARC says the government of President Juan Manuel Santos, which gives a certain amount of regulated funding to each party, should help carry the costs of the conference, given the rebels have handed over their assets as reparations for victims of the war.

But while the peace deal is the cornerstone of Santos’ legacy, the government has raised doubts about the veracity of the rebels‘ $324 million asset list.

The government said this week that it was forming a commission to verify that the FARC had included all profits it may have earned from extortion, ransoms and drug trafficking, and the group must play by the same rules as any other party.