"It is true that people of China are on the border," the defence minister told a TV channel, but the government's media wing denied he said Chinese troops had entered the Indian side. 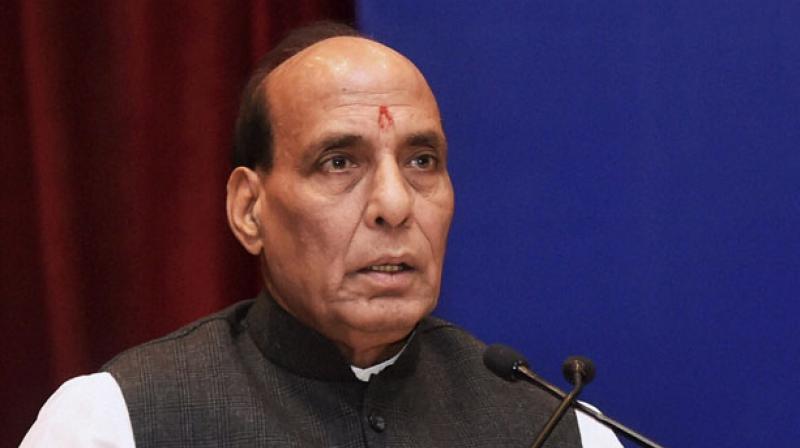 New Delhi: A “sizeable number” of Chinese have moved into areas in eastern Ladakh which China claims as its territory and India has taken all necessary steps to deal with the situation, defence minister Rajnath Singh said on Tuesday, referring to the nearly month-long high-altitude standoff between the two armies.

Singh said a meeting between senior Indian and Chinese military leaders has been scheduled for June 6 even as he asserted that India is not going to back off from its position.

“Whatever is happening at present… It is true that people of China are on the border. They claim that it is their territory. Our claim is that it is our area. There has been a disagreement over it. A sizeable number of Chinese people have also come (Aur acchi khasi sankhya mein Cheen ke log bhi aa gaye hain). India has done what it needs to do,” Singh told CNN-News 18 in a video recorded interview.

While some media reports interpreted Singh’s comments as first official confirmation of presence of significant numbers of Chinese troops in India’s side of Line of Actual Control (LAC), the de-facto border between the two countries, the government’s media wing insisted that there was no implication of an actual crossing when the defence minister used the words “Aur acchi khasi sankhya mein Cheen ke log bhi aa gaye hain”, or “A sizeable number of Chinese have also come”:

“The Minister was referring to differing perceptions of LAC & presence of Chinese troops It is being misinterpreted as if Chinese troops entered Indian side of LAC,” said the PIB in a late night tweet on Tuesday.

Fact: The Minister was referring to differing perceptions of LAC & presence of Chinese troops It is being misinterpreted as if Chinese troops entered Indian side of LAC pic.twitter.com/Xews6Ba1bq

Earlier on Monday, the Chinese foreign ministry spokesperson said that the “overall situation along the border is stable and controllable”.

“Between China and India, there are unimpeded channels for border-related communication in diplomatic and military fields. We believe the issues can be properly resolved after bilateral negotiations and consultations,” he said.

According to reports, significant numbers of Chinese troops have been camping on the Indian side of the LAC in Galwan Valley and Pangong Tso.

The defence minister said China should think about the issue seriously so that it can be resolved soon.

Indian and Chinese troops were engaged in a bitter standoff in several areas along the Line of Actual Control in mountainous eastern Ladakh for close to a month. Both the countries are holding talks at military and diplomatic levels to resolve the dispute.

“The Doklam dispute was resolved through diplomatic and military talks. We have found solutions to similar situations in the past as well. Talks at the military and diplomatic levels were on to resolve the current issue,” Singh said.

“India does not hurt pride of any country and at the same time, it does not tolerate any attempt to hurt its own pride,” he said, taking about India’s long-held policy.

The trigger for the face-off was China’s stiff opposition to India laying a key road in the Finger area around the Pangong Tso Lake besides construction of another road connecting the Darbuk-Shayok-Daulat Beg Oldie road in Galwan Valley.

China was also laying a road in the Finger area which is not acceptable to India.

Government sources said military reinforcements including troops, vehicles and artillery guns were sent to eastern Ladakh by the Indian Army to shore up its presence in the areas where Chinese soldiers were resorting to aggressive posturing.

The situation in eastern Ladakh deteriorated after around 250 Chinese and Indian soldiers were engaged in a violent face-off on the evening of May 5 which spilled over to the next day before the two sides agreed to “disengage”.

However, the standoff continued.

The troops of India and China were engaged in a 73-day stand-off in Doklam tri-junction in 2017 which even triggered fears of a war between the two nuclear-armed neighbours.

Both sides have been asserting that pending the final resolution of the boundary issue, it is necessary to maintain peace and tranquillity in the border areas.

Note: This story by The Wire Staff, which incorporates the PIB’s statement on Rajnath Singh’s interview issued late night on June 2, replaces an earlier version of the story by PTI.