China, India and the World After Trump

In the next decade, how US-China relations unfold will shape the external environment for countries like India. Much will depend on how China perceives the Trump presidency. 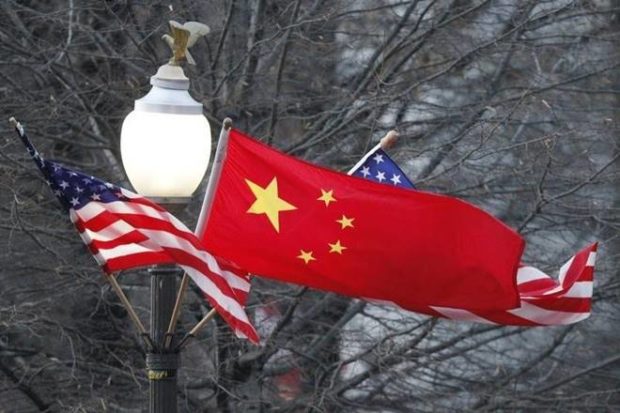 We are today at a true inflexion point in international affairs. Europe is disoriented and in disarray thanks to Brexit. The US under president-elect Donald Trump is likely to see significant discontinuities from the past. Just recently, he has announced that after his inauguration, he will give notice for the US’s withdrawal from the Trans Pacific Partnership (TPP), that he will permit the resumption of coal mining and coal-based thermal power plants, and that he will ask the department of labour to begin registering illegal migrants who will be deported. He has, therefore, left no one in doubt that he intends to deliver on at least some of his campaign promises. So we will see departures from past US policies and there will be resultant uncertainty.

By contrast, China appears as relatively stable, predictable and even positive factor as the international landscape continues to be transformed. At the recent Asia-Pacific Economic Cooperation (APEC) summit in Lima, the US and China seemed to have undergone a role reversal, with the US under Trump expected to head in the direction of greater protectionism, while President Xi Jinping promised an even more open China, championed free trade and pushed for a APEC-wide mega-regional trade regime. With the US-led TPP already in limbo, China’s initiative for a more inclusive Asia-Pacific Free Trade Agreement has begun to look positively enticing, even to the major trade partners of the US.

In the next decade, how US-China relations unfold will shape the external environment for countries like India. Much will depend on how China perceives the Trump presidency.

I believe that China looks upon the Trump presidency as an opportunity to further expand China’s regional and international profile. There may be anxiety over Trump’s threats to impose punitive tariffs on imports from China and to declare China a “currency manipulator”. However, China believes that the more than half a trillion dollars of US-China bilateral trade, significant investments by US firms in China and Chinese holdings of a large volume of US treasury securities represent equities which will restrain a Trump administration from damaging the US-China economic relationship, because the damage to US interests will also be large. So the Chinese believe that the threat on the economic and trade front may be limited. On the other hand, they welcome a possible retrenchment of US military presence in the Asia-Pacific, which Trump has signaled, with the loosening of US security ties with both allies and partners in the region. Since China believes that its dominant position in the region is constrained mainly by US power, a relative decline of that power would be welcome to China. It would, however, expect a graduated and steady decline so as not to trigger a possible acquisition of nuclear weapons by Japan and perhaps South Korea as well, which would impact Chinese security negatively. If trends are indeed in this direction, I expect pressures on Southeast Asia to increase and more activism on the Taiwan issue is likely.

Against this background, a US-Russia détente would be welcome from an Indian perspective. To the extent that Europe was following an American lead in trying to isolate and sanction Russia, a Trump outreach to Putin may revive the many political and economic links that had developed between post-Cold War Russia and European partners, in particular Germany. Russia has always wanted to be accepted as a European power, rather than be treated as an interloper on its margins. If this is once again on the horizon, Russia’s traditional anxieties about a resurgent China may well resurface. This may introduce a degree of balance in what may otherwise appear as the beginning of a Chinese decade.

Some analysts believe that economic imbalances in China are reaching a point where a crisis is possible; an economic slowdown is inevitable. Nevertheless, the Chinese economy has now achieved a degree of maturity and diversity; the management of the economy is remarkably sophisticated and the capacity for creative innovation and technological progress is evident. Even if the Chinese economy suffers a setback, it has accumulated the human and technological resources and the infrastructure to enable it to bounce back. I do not agree that China’s capacity for such creativity demands political democracy. Joseph Needham’s work would lead us to a different conclusion.

Chinese politics is likely to trend towards authoritarianism. In Chinese perception, internal peace and prosperity have flourished in times of strong centralised and indeed, expanding empire. In its absence there has been misery and chaos. This is hard-wired into the Chinese psyche. I do not foresee China following an East Asian model of economic prosperity leading to some recognisable form of representative democracy. Chinese politics is brittle and there have been major disruptions in the past, but I believe this is now less likely.

So what does this mean for India in the next decade? The management of India-China relations has become more complex, more challenging than at any time in the history of independent India. There will need to be a fine distinction between treating China an adversary, which it obviously is and will remain for the foreseeable future, and casting it in the role of an enemy. In acknowledging its role as an adversary, one will inevitably have to fashion a nuanced mix of engagement and resistance, and this mix will change as India’s own co-relation with China changes and the regional and global environment continues to evolve. In the decade ahead, I envisage the power gap between India and China in terms of both economic and military capabilities remaining large and even expanding. China’s economy, after all, is already five times that of India. This would suggest a policy of prudence, not provocation; caution and avoidance of bravado. On the contested border, we need to deploy both air and ground capabilities, which could render any Chinese military probing or something more significant a risky affair with unpredictable outcomes for the Chinese.

There should be no hesitation in continuing to strengthen security arrangements with the US, which even with its power in relative decline, would remain the indispensable global power with unmatched technological and military capabilities. The changed environment in the region will create opportunities for India, even as it does for China. Japan, Southeast Asia and Australia would welcome an expanded Indian footprint in the region and there may be greater willingness to seek expanded security, maritime cooperation with India in particular. These relationships need to be pursued with greater vigour and we should not be inhibited by anxieties over Chinese adverse reaction. Chinese restraint is more likely if India has a stronger network of political, economic and security relationships with major powers and other partners in the region, rather than if such a network was weakened by the fear of China. A relatively isolated India is likely to be more vulnerable to Chinese pressure than otherwise.

And the engagement aspect remains critically important, even though there may be points of enhanced contestation such as stronger Chinese alliance with Pakistan, its opposition to India’s NSG membership and other similar issues. India’s membership of G-20, SCO, BRICS and the India-China-Russia trilateral are very useful platforms for engaging China and providing opportunities for regular meetings at the top leadership level. These summits are important. Our experience over the past decade has been that such summit meetings have lent a degree of stability to the relationship and enabled both countries to manage a complex and sometimes fractious relationship. In the decade to come, such leadership engagement will become even more important.

Shyam Saran is a former foreign secretary of India.. This article is adapted from a lecture delivered at the Konrad Adenauer Foundation.