China and US Agree To Restart Trade Talks

The US and China agreed to resume trade talks, resolving a nearly year-long dispute that has caused a global economic slowdown. 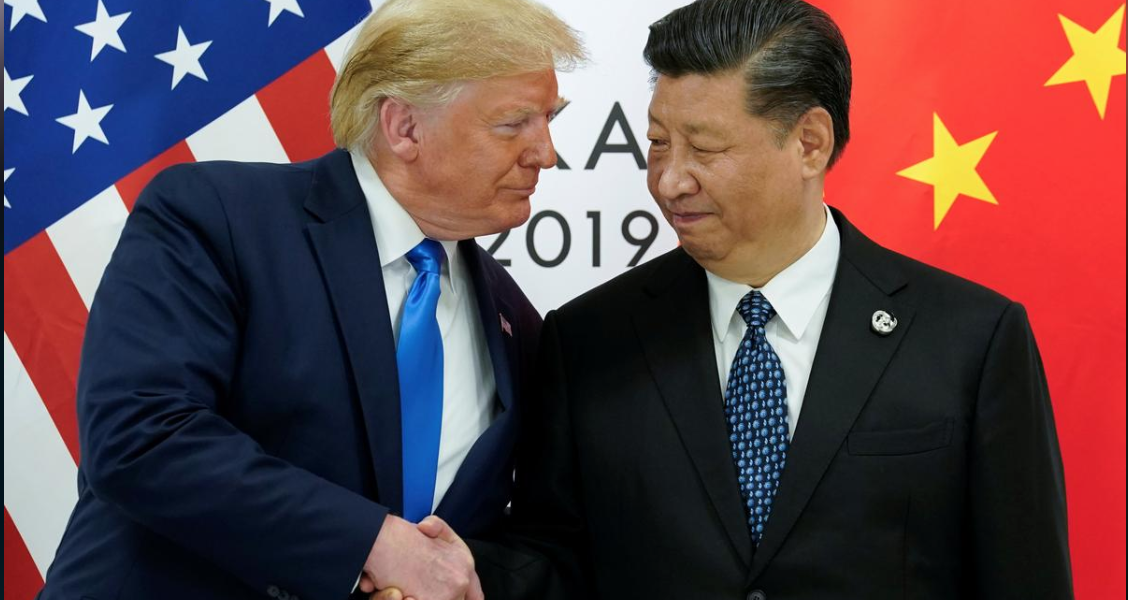 Osaka: The US and China agreed on Saturday to restart trade talks and Washington will not levy new tariffs on Chinese exports, China’s foreign ministry said, raising hopes for the world’s two largest economies to resolve their trade war.

In their nearly year-long dispute, the two countries have slapped tariffs on billions of dollars of each other’s imports, disrupting global supply lines, roiling markets and dragging on global economic growth.

“We’re right back on track and we’ll see what happens,” US President Donald Trump told reporters after meeting Chinese President Xi Jinping on the sidelines of the G20 summit in Japan.

The eighty-minute meeting with Xi was “excellent, as good as it was going to be,” Trump added.

In a lengthy statement on the talks, China’s foreign ministry said the US would not add new tariffs on Chinese exports, and added that negotiators of both countries would discuss specific issues, but gave no details.

Xi told Trump he hoped the US could treat Chinese companies fairly, it added. On the issues of sovereignty and respect, China must safeguard its core interests, Xi said.

Before the talks, Trump had threatened to extend existing tariffs to cover almost all imports from China into the US if the meeting brought no progress on wide-ranging US demands for economic reforms.

The dispute, which includes a feud over Huawei Technologies Co had also fanned fears it could threaten global growth.

Financial markets were likely to welcome the news.

“Returning to negotiations is good news for the business community and breathes some much-needed certainty into a slowly deteriorating relationship,” said Jacob Parker, a vice-president of China operations at the US-China Business Council. US President Donald Trump meets with China’s President Xi Jinping at the start of their bilateral meeting at the G20 leaders’ summit in Osaka, Japan. Photo: Reuters/Kevin Lamarque

“Now comes the hard work of finding consensus on the most difficult issues in the relationship, but with a commitment from the top we’re hopeful this will put the two sides on a sustained path to resolution,” he said.

At the start of Saturday’s talks, Xi stressed the need for dialogue rather than confrontation.

“Cooperation and dialogue are better than friction and confrontation,” he said.

Trump responded that a fair trade deal with China would be “historic” and he hoped “We can go on to do something that truly will be monumental and great for both countries.”

The US says China has been stealing American intellectual property for years, forces US firms to share trade secrets as a condition for doing business in China, and subsidizes state-owned firms to dominate industries.

China has said the US is making unreasonable demands and must also make concessions.

Talks collapsed in May after Washington accused Beijing of reneging on reform pledges. Trump raised tariffs to 25% from 10% on $200 billion of Chinese goods, and China retaliated with levies on US imports. 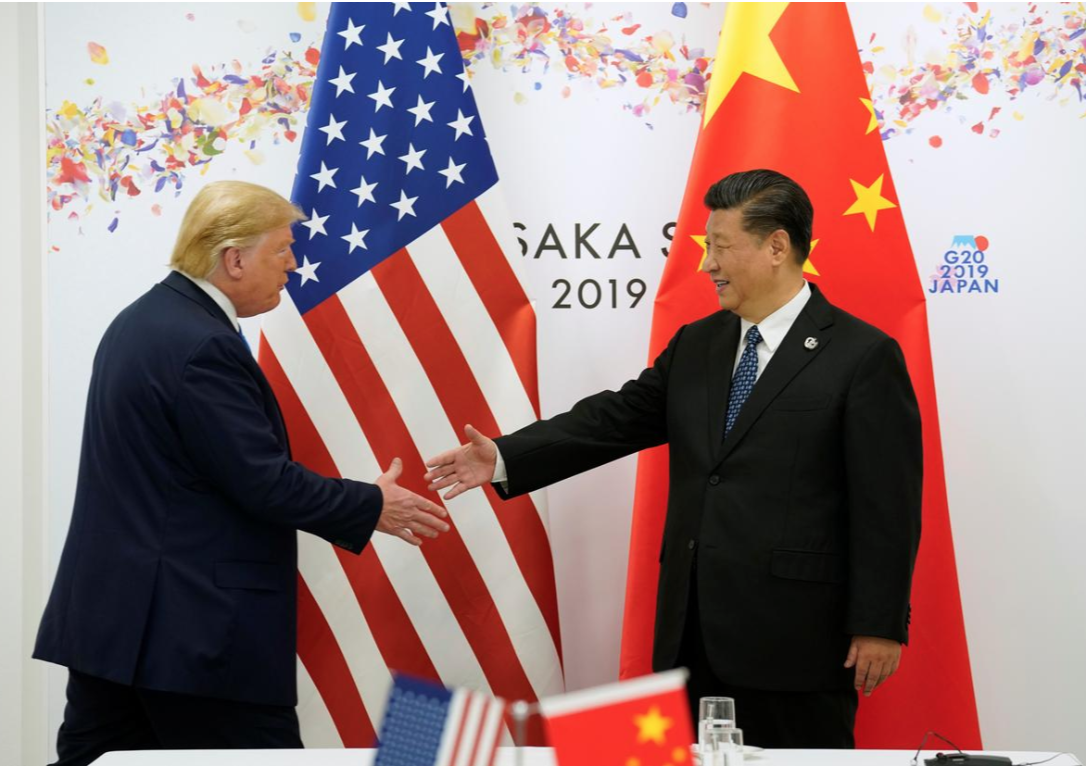 At their meeting, the leaders shook hands in front of flags in a small conference room, with Trump flanked by the secretary of state Mike Pompeo, a China hawk, and treasury secretary Steven Mnuchin, who has taken a more business-friendly approach to the talks.

Trump adviser Peter Navarro, known as the author of a book “Death by China,” watched Xi intently as he spoke.

The dispute had spread beyond trade as US-China ties soured. The Trump administration has declared Chinese telecoms giant Huawei a security threat, effectively banning US companies from doing business with it.

American officials have also pressed other governments to drop Huawei from plans to develop fifth generation, or 5G, networks.

Trump has suggested easing US restrictions on Huawei could be a factor in a trade deal with Xi while China has demanded the US drop the curbs, saying Huawei presents no security threat.

As G20 officials worked in Osaka to hammer out a communique on shared goals, Japan’s Nikkei newspaper said they would agree to accelerate reforms of the World Trade Organization, but stop short of urging resistance to protectionism.