Whether Burkha or Bikini, the State Has No Right to Tell Women What to Wear

The burkha is easily read as a sign of religious conservatism rather than an expression of patriarchy. And patriarchy, whether in Islamic or Western societies, finds expression in all sorts of ugly cultural practices. 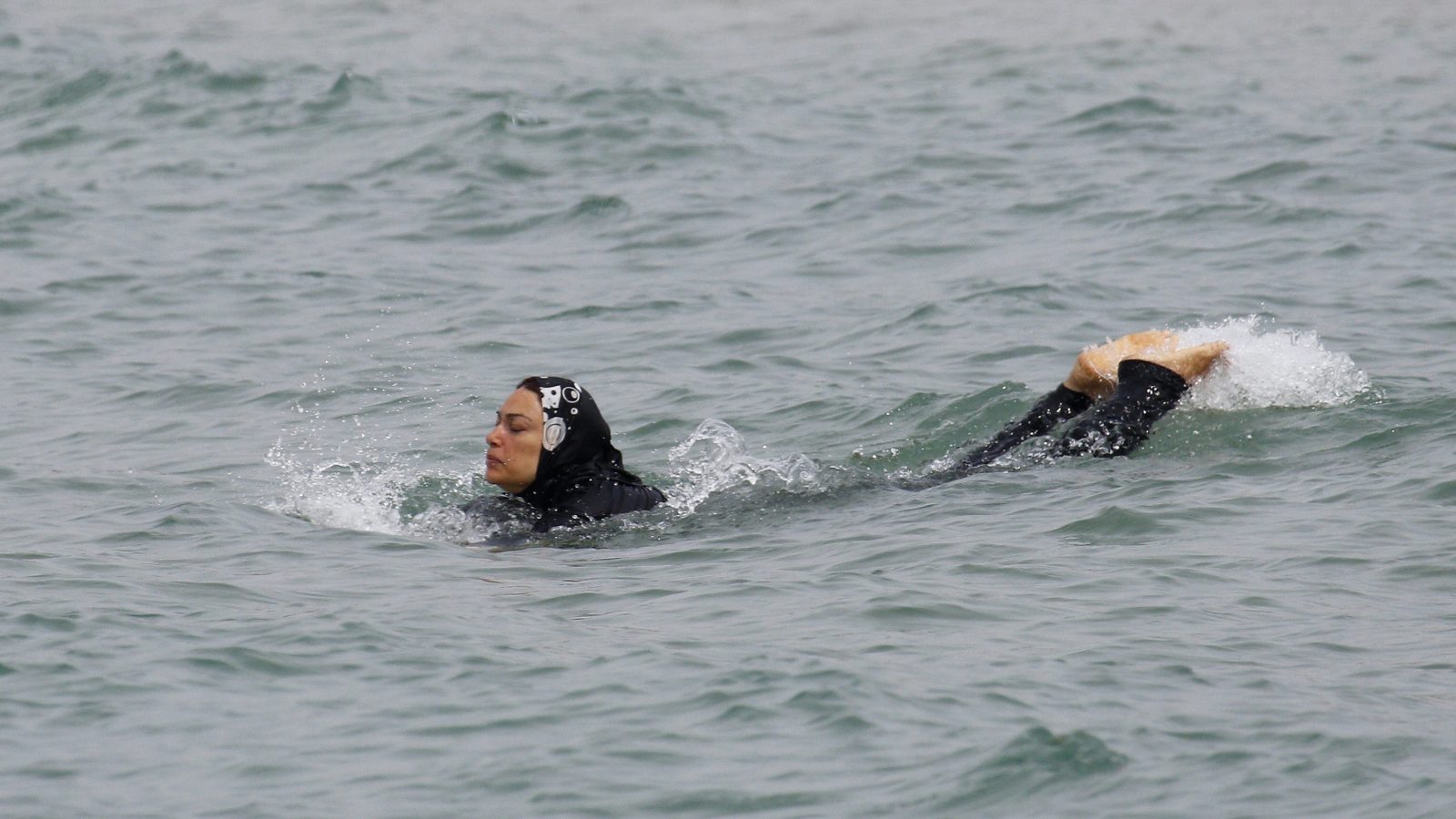 A woman in a burkini at a French beach. Credit: Reuters

The current uproar over restrictions on the ‘Burkini’ in France and the proposed ban on the burkha in public spaces in Germany (not to speak of the earlier ban by the French) has been framed either as an argument of burkha-banning ‘progressives’ versus religious conservatives or a battle between supporters of minority cultural rights and those calling for greater homogeneity in the face of increasing immigration. Whatever happened to the simple issue of a woman’s right to choose what she will wear, where and when?

Since all such arguments must come caveated by cultural context, let me declare that I am not Muslim and nor do I like the burkha. I broadly agree with the spectrum of opinion that finds the garment restrictive of women, connoting a patriarchal, sexist understanding of a woman’s body. I hope  that as women exercise their right to choose on the entire spectrum of issues that determines the quality of their lives, the burkha will be  phased out. However, I strongly object to the state determining what women should wear and when. Surely it is not for the state to tell a woman when she should cover or uncover herself. Why is it that many feminists are willing to give their governments the right to determine what they should wear while, rightly, critiquing the right of religious clerics, conservative family values or society to determine that? Why do we strongly oppose anyone telling us to cover our heads, our breasts, our buttocks, our midriffs and assorted parts of the anatomy that may be offensive to some but apply a different yardstick when women are told – by the French government, for instance – to shed their burkinis if they want to wade or swim in the sea? Why is the hard-won right of women – still denied to most – to wear what they please being given up so easily in the face of government demands?

I would like to repeat that I find the burkha a troubling garment. In all the years I worked in Afghanistan, I never wore one – even for fun, as some of my non-Afghan colleagues did. Nor did I find anything funny about the cutesy little burkha bottle covers that many of them were buying, because to me the burkha is a garment that is based on false notions of honour and shame and seeks to obliterate a woman’s individuality. I hope all feminists will oppose the conditions which necessitate the wearing of the burkha, whether imposed by the state, family or society. However the answer is to counter the restrictions through debate and struggle – not to legislate a ban on the burkha. Incidentally there is no country in the world where wearing the burkha is compulsory, even though the hijab is mandatory in some.

Issue is coercion, not a specific garment

Those in support of the ban – total or partial – will argue that women who wear the burkha are coerced into it and do not exercise the right of free choice. They will argue that the state is merely freeing these women of the forced requirement. Quite possibly many women who find it difficult to oppose their families may feel happy about a decision that relieves them of the need to wear a burkha while others will see it as a violation of their privacy. But it is for the state to empower a woman to make her own decisions on clothing and not to take away that right to make a decision. It is coercion that must be opposed, not the specific garment.

One of the reasons I personally dislike the burkha is because it prevents me from making eye-contact with women wearing them. While living in Afghanistan I found that most women who regularly wore burkhas seemed to have no problems recognising each other. That was not true for me. I found it hard to carry on a conversation with a woman with her face covered, fixing my eyes in the general vicinity of her face without being able to see her eyes. It was uncomfortable, but only at a very personal level. I never felt the urge to rip off the burkha as some of my non-Afghan women colleagues did. I was, in fact, delighted that the burkha allowed Khala Kandigul to travel to our house where her hard work in keeping it clean allowed me to work as a journalist. I was shocked and delighted when she refused my offer of help, admonishing me to return to my laptop and do my own work while she did hers. Very modern, I thought.

I was delighted that a group of very hip young women I interviewed, some in smart pant suits, arrived every morning to run the all-women Radio Balkhi radio station in Mazar-e-Sharif. Wearing a burkha allowed these girls to go places where they would not have been allowed. Do I wish they could come to the radio station without a burkha? Yes, of course. But in my list of priorities, I would rather they be able to work – even if this requires them to wear a burkha – than stay at home until such time coming to work without a burkha becomes possible.

Equating the absence of the burkha with the emancipation of women is a shoddy short-hand that is often used by development specialists in countries like Afghanistan, where burkha-watching was used as a barometer of where the country was going in terms of women’s rights.

Those calling for a ban on the burkha will of course argue that Germany or France is not a country like Afghanistan and that they are only protecting the culture of their country, not attacking that of others. However, the decision on the burkha does smell of Islamophobia whichever way one wraps it. If it is the covering that offends or prevents integration, why not rule against a full face covering no matter of what kind? If it is the visible sign of religion, then one must list many more symbols that are expressions of religion. If it is the sign of culture, then many more visible signs would mark out immigrant ethnicities. What is it about the burkha that raises Western hackles? Surely it is the acceptance of difference that integrates a society and not the obliterating of differences.

The burkha is easily read as a sign of religious conservatism rather than for what it actually is – an expression of conservative patriarchy determined by culture. And patriarchy, whether in Islamic or Western societies, finds its expression in all sorts of ugly cultural practices. If the French (or German) state is serious about integrating immigrant women through an expansion of their rights, this should be part of a broader effort on women’s rights, which also includes tackling aspects of the non-immigrant culture which are sexist and patriarchal. Singling out the burkha for intervention reeks of ethnic and religious chauvinism masquerading as concern for the rights of women.

Aunohita Mojumdar is a Southasian journalist who reported from Afghanistan for eight years. She is currently the Editor of Himal Southasian.