If Begum Jaan, or for that matter any movie on Partition made outside of Pakistan, can make the nation so vulnerable that it cannot even view the film before banning it, the country is certainly enveloped in insecurity and paranoia. 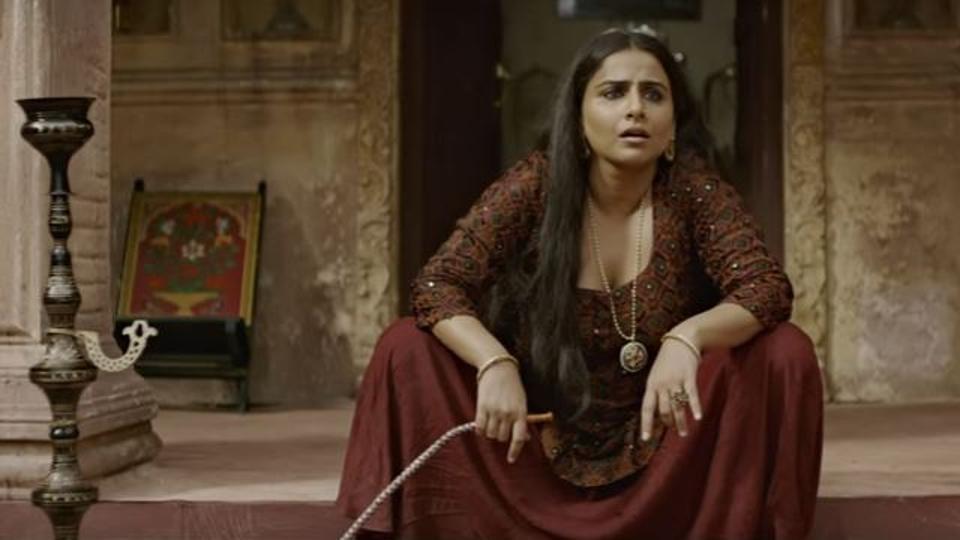 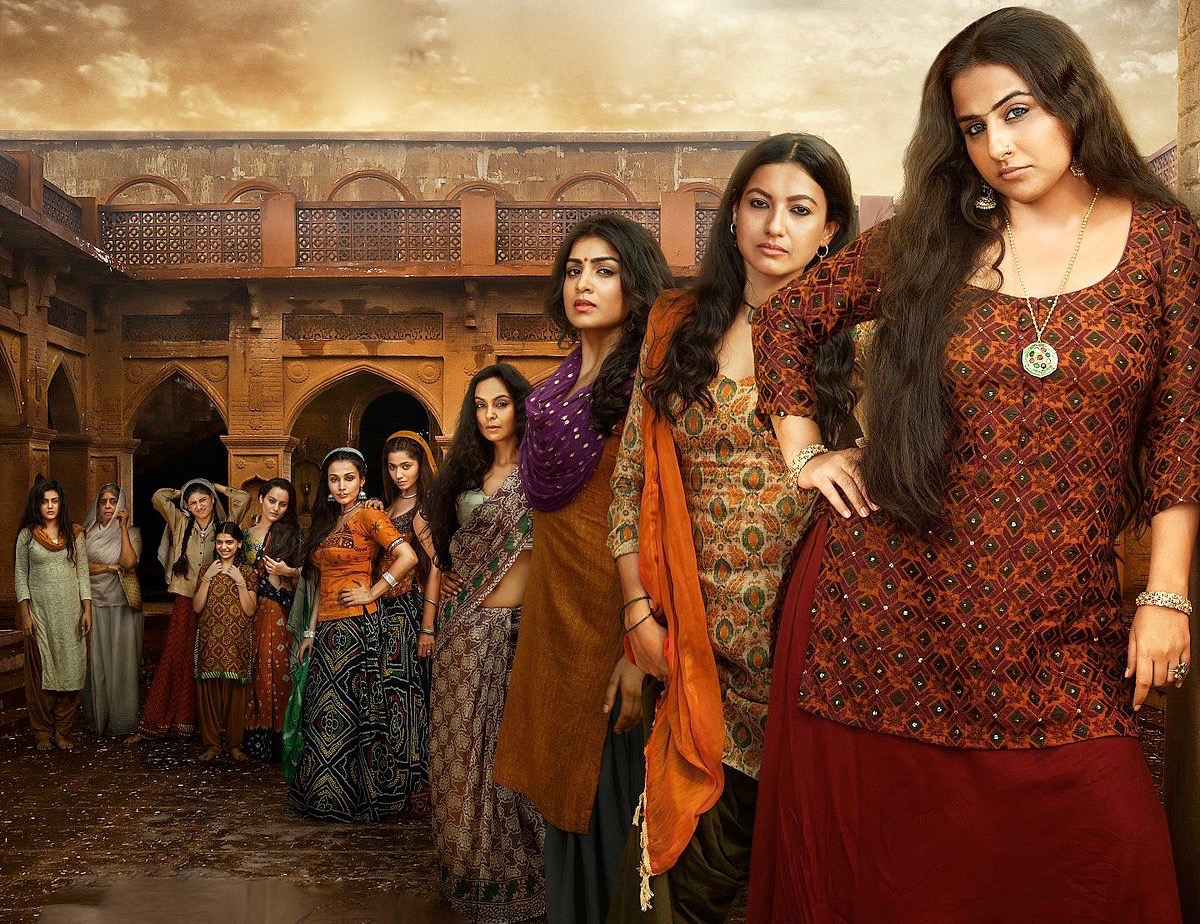 From the theatrical poster of Begum Jaan. Credit: begumjaan.com

Lahore (Pakistan): A leading Pakistani politician once explained to me, “Pakistan is a security state. Until we change that, we will always act from a place of vulnerability.” A couple of years later, while I was interviewing a colonel in Lahore, he echoed this line of thought. He told me that all the wars we had fought – whether in 1947, 1965 or 1971 – were fought to protect the country from its enemies. “Pakistan is, after all, a defensive state and we have always acted to defend ourselves,” he reasoned.

A lot can be justified in the name of security and defence. People who may hold different views can be browbeaten, secular institutions and activists can be eliminated through force on the pretext of liberal fascism and blasphemy, army budgets can be inflated and wars can be sold as imperative and necessary state actions. In the same name of security, certain histories can be accentuated while others can be silenced.

Pakistan, a country, which emerged out of one of the worst episodes of bloodshed and violence, continues to suffer from the trauma of its birth.

Triumphant and proud of what it had achieved in terms of independence and freedom, the nation also found itself anxious, insecure and paranoid. Just as an infant wails loudly at its birth, uncertain of the world outside the womb, a new nation created at the dawn of decolonisation and an emerging new world order, found itself with the enormous task of nation building. All its past lives, its past incarnations, its Buddhist, Hindu, Sikh and Jain histories had to be washed away so that a new child could be baptised into purity – the land of “Pak” and the pure.

Since Partition gave birth to the nation, it was impossible to ignore or silence the narratives of 1947 altogether. Yet, in the mammoth task of nation building, it was also not permissible to embrace memories, experiences and feelings associated with 1947 in their entirety. After all, how could the nation instill a patriotic spirit if millions of its inhabitants continued to be nostalgic of the ‘impure’ past they had left behind? How could the baptism be complete until and unless each citizen was willing to shrug of any past that could taint its future? In order to execute the national project successfully, the state therefore embarked on an operation to excavate and propagate only certain filtered memories of Partition, silencing all others in the process.

Partition experiences that could only be understood on a spectrum – where violent and bloody stories were often interwoven with narratives of compassion and rescue. These experiences were sifted and sorted through so that select stories of carnage – and that too inflicted on the Muslim community by the “bloodthirsty” and “malicious” Hindus and Sikhs – could be allowed in mainstream discourse, in textbooks and in the media. Linear versions of history emerged and suddenly, to be nostalgic, to want to revisit the city of one’s birth, to desire to meet friends and relatives across the border became tantamount to being unpatriotic.

In my research on 1947, I found that these state narratives had started to impact more personal, intimate memories of Partition as well. Mirroring the state narratives, stories of violence and loss were at the tip of the tongue of most survivors and it was only after some probing that other experiences would surface. My own grandmother only spoke about blood-strewn trains and chopped up bodies for my entire childhood, only revealing stories of her Hindu and Sikh friends when I tried to dig deeper. An entire generation had passed by in ignorance, only understanding the “other,” be it Hindu, Sikh or Indian through the myopic lens of deceit and brutality. 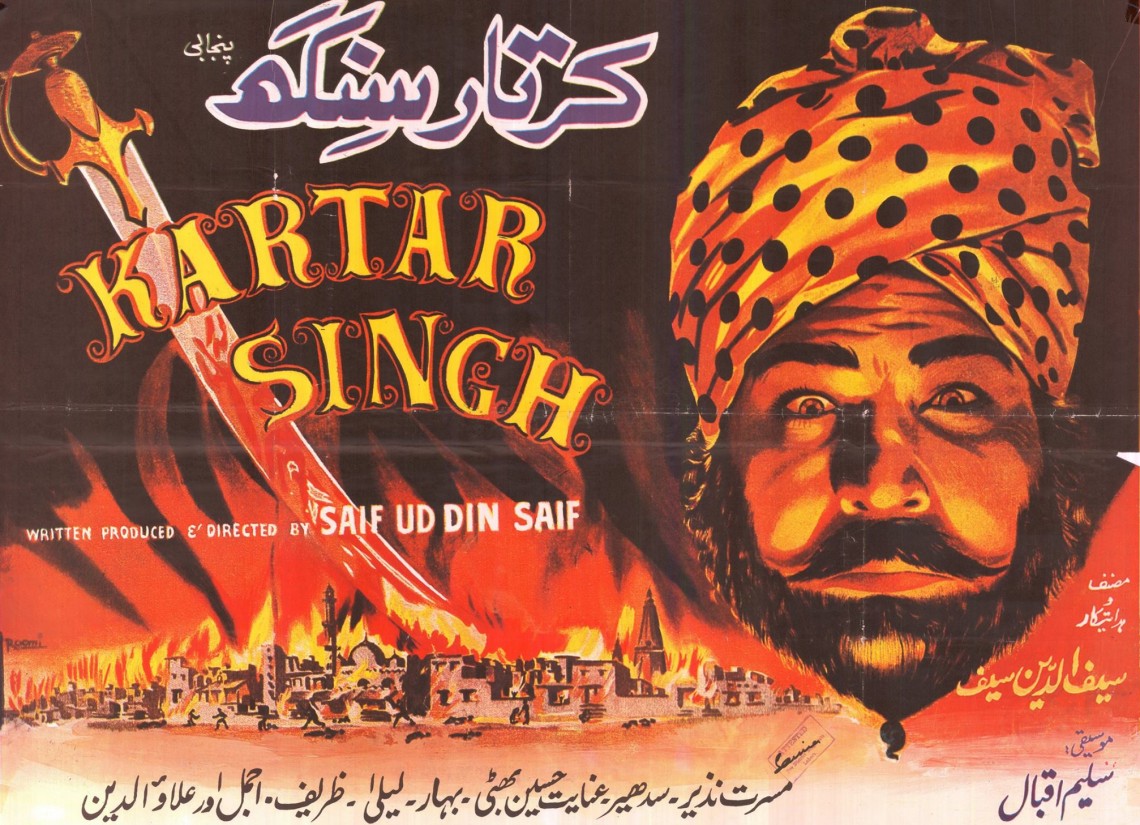 The release of Srijit Mukherji’s Begum Jaan, the remake of the Bengali movie Rajkahini, has been banned in Pakistan this week as part of the same national project. The team was told that Pakistan had a policy to not import any movies on Partition.

Though the country has produced some movies of its own on the topic – such as Said Ud Din Saif’s Kartar Singh (1959) and the more recent, Manto by Sarmad Sultan Khoosat (2015) – the Central Board of Film Censors in Pakistan refused to even watch Begum Jaan. Its verdict is crystal clear: only state sanctioned narratives of Partition can be permitted in the country. Apparently there are two sides to Partition, the Pakistani and the Indian and the Indian version must be stopped at the border.

The irony is that Rajkahini and its remake take neither of these sides. The movie is a depiction of a brothel that found itself a victim to its geography. As the Radcliffe line is drawn, the brothel and its workers are caught in the Partition of the land and its people. It is a story of women who find no home in either of the new homes carved out of the sub-continent. The creation of India and Pakistan as separate territories threatens to render them homeless; an irony since Partition was meant to provide refuge and safe shelter to marginalised communities.

Pakistan’s refusal to screen the movie is symbolic of the fact that the security state is here to stay, at least for the years to come. If Begum Jaan, or for that matter any movie on Partition made outside of Pakistan, can make the nation so vulnerable that it cannot even view the film before banning it, the country is certainly enveloped in insecurity and paranoia.

Pakistan’s unwillingness to watch and screen Begum Jaan reminds me of an encounter I had with a 6th grader in Lahore a few years ago. When I had given her a postcard depicting a Hindu deity, she had begun to cry. She told me her eyes had sinned because of what she had seen. The censor board perhaps holds the heart and mind of a 6th grader: afraid that if it lets its guard down for a two-hour movie, its world will crumble and the demonic other will pierce through the façade it has built in the name of defence.

Anam Zakaria lives in Lahore and is the author of Footprints of Partition: Narratives of four generations of Pakistanis and Indians