Baha'i Man Sentenced to Public Execution in Yemen. His Crime? Practicing His Faith 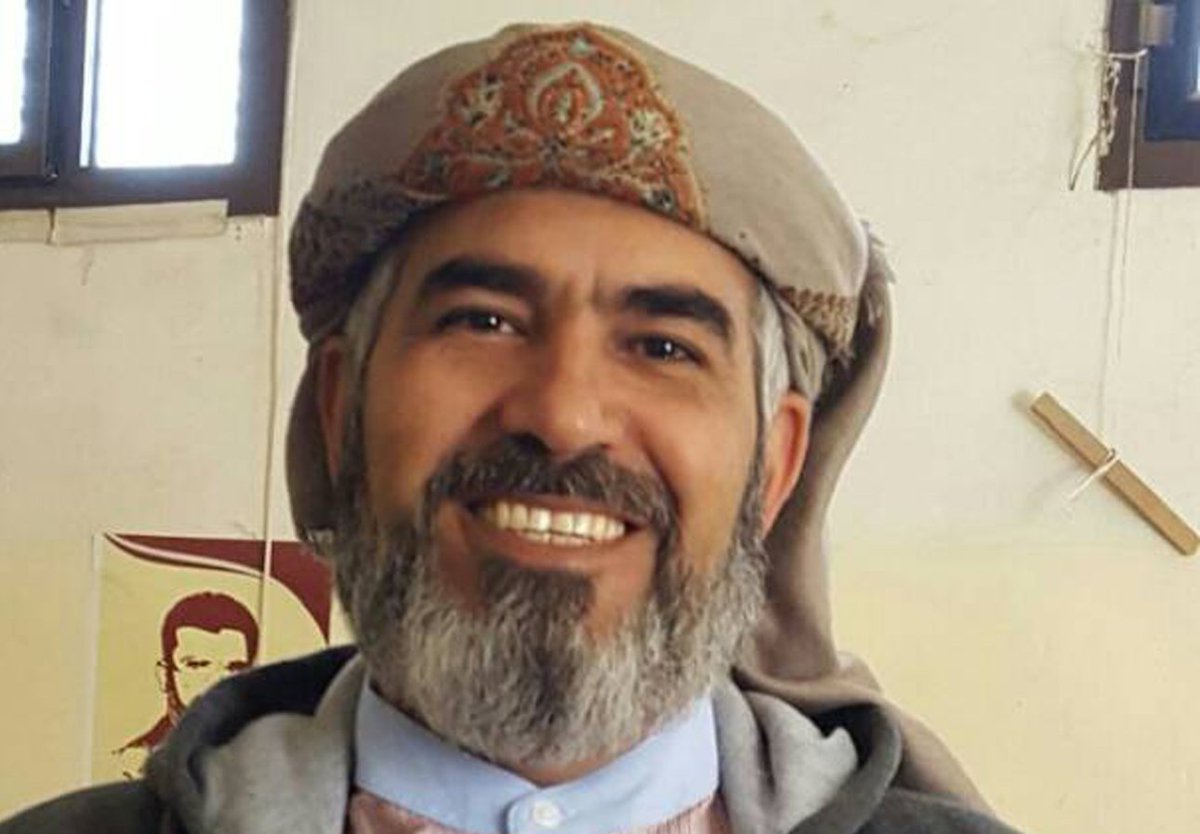 Hamed Haydara wasn’t even allowed to attend his own sentencing. Credit: Mwatana for Human Rights

In December 2013, Hamed Kamal Muhammad bin Haydara disappeared into the maze that is Yemen’s National Security Bureau (NSB). Over the course of four years, he was tortured and denied a fair trial. His wife and daughters were not allowed to visit, nor did he get to meet legal counsel. Finally, on January 2, 2018, Haydara, was sentenced to public execution by the specialised criminal court in Yemen’s capital Sana’a. He wasn’t even present in court.

One of around 2,000 Baha’is in Yemen, he was picked up for something one would take for granted in a secular country: practicing his faith.

The Baha’i faith, founded in Iran in the 1800s, essentially believes in the oneness of humanity and the unity of all religions. Incidentally, the Lotus Temple, a landmark in New Delhi, is a Baha’i house of worship.

Though no date has been given so far for when the execution will take place, the verdict also asks that all Baha’i spiritual assemblies, the governing bodies for Baha’is, be disbanded.

In Yemen, an Islamic society, the constitution does not recognise any other religion barring Judaism. This is why the trumped up charges against Haydara are, in most part, for “insulting Islam”, “apostasy” and urging Muslims to “embrace the Baha’i religion”.

As an official from the ministry of justice toldRudaw, “The Baha’i faith is not recognised in the constitution, the tradition or by Islam. Therefore, it is a forbidden religion. If a Yemeni renounces his religion and declares himself a Baha’i, this is a crime to be tried at court.”

The authorities in this case, or rather the Iranian-backed Shiite rebels known as Houthis who seized the capital in 2014, have also alleged that Haydara is a spy for Israel and an Iranian citizen who crossed into Yemen in 1991 using a false name.

This accusation has been refuted time and again by his wife, Elham Muhammad Hossain Zara’i, during her long fight for justice, but her appeals to have her husband freed have fallen on deaf years. More so, she has submitted documentation, which shows that he was born in Yemen in 1964.

“The Houthi authorities must immediately quash the death sentence against Hamid Haydara. He is a prisoner of conscience who has been tried on account of his conscientiously held beliefs and peaceful activities as a member of the Baha’i community. This sentence is the result of a fundamentally flawed process, including trumped up charges, an unfair trial and credible allegations that Hamid Haydara was tortured and ill-treated in custody. It is also part of a wider crackdown on critics, journalists, human rights defenders and members of the Baha’i community that is causing entire families to live in fear for their safety and the safety of their loved ones.”

On January 11, UK’s minister of state at the foreign office Alan Duncan responded to a question about the death sentence in the House of Commons. Duncan said that though Haydara isn’t a British citizen, the “indignation at what is happening and our wish to try to defend his interests and see him released” would not be diminished.

He highlighted how the United Nations Human Rights Council had in a resolution in September 2017 called for the immediate release of all Baha’is in Yemen imprisoned for their religious beliefs. As of now, five other Baha’is are in detention.

In recent years, the war in Yemen between the Houthis and the Saudi Arabia-backed government has torn the country apart. With a collapsed economy, a whole people have been caught in a cycle of sectarian violence. Abd Rabbo Mansour Hadi, the president, has moved his capital to Aden, the southern port that is now controlled by Saudi soldiers.

The war has reached levels of violence not seen in the peninsula for years with civilians caught in the middle. Every week, news of civilians losing their lives in raids and airstrikes makes it to the news. War lords have set up shop, collecting taxes and meting out justice as they see fit. Hunger has made itself home in the bellies of millions as supplies thin out.

In the middle of this sectarian conflict, the Yemeni Baha’i community is being increasingly persecuted. But despite this, as Middle East Eye reported, a few citizens, “disgruntled and frustrated with imams who incite Muslims to kill each other”, have started to turn to the Baha’i faith.

According to the national spiritual assembly of the Baha’is of India in India:

“The various forms of persecution experienced by Yemeni Baha’is bear a striking resemblance to what the Baha’is of Iran have experienced in their country, such as the baseless accusation, used when Baha’is are arrested, that they are somehow a threat to national security and are spies of Israel. Furthermore, the authorities in both Iran and in Sana’a, Yemen are explicitly targeting the leadership of the Bahá’í community.”

Iran, which is backing the Houthis and supplying them weapons, has a history of repressing its Baha’i community, the country’s largest non-Muslim minority – numbering just over 300,000. In fact, the regime has shown the community no mercy and has oppressed them economically and even denied them an education in many cases. Students have been arbitrarily expelled from universities simply because of their faith, hundreds of Baha’i-owned businesses have been forced to pull down their shutters. According to present estimates, 80-100 Baha’is are in prison solely because of their religious beliefs.

In June 1983, ten women and girls were hanged in Shiraz for refusing to give up their faith. Three days earlier, the authorities had executed their husbands, sons and fathers. Over the years, many members of the Baha’i spiritual assemblies have been rounded up and imprisoned or summarily executed.

On August 7, 2010, seven members of the Yaran, the leaders of the Baha’i spiritual assemblies in Iran, were sentenced to 20 years each in prison on fictitious charges which included espionage, propaganda activities, against the Islamic order and spreading “corruption on Earth”. 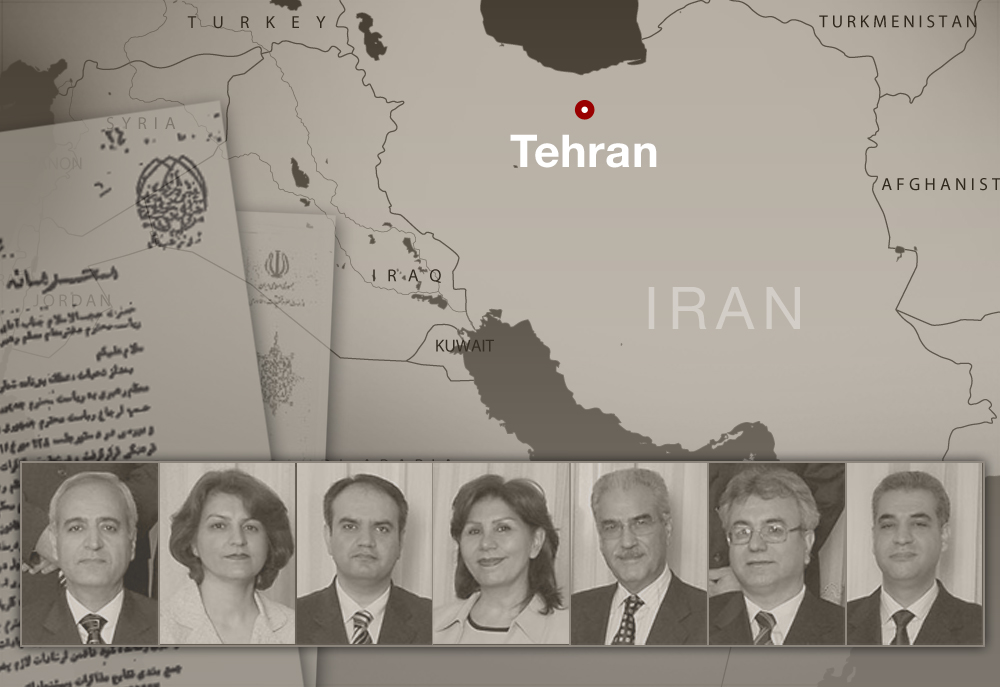 The seven members of the Yaran who were sentenced to 20 years jail time. Two have now been freed. Credit: Baha’i World News Service

The brutalities, social exclusion and harassment do not stem from contemporary prejudices alone. Ever since the Baha’i religion began in mid-nineteenth century in Iran, it has found itself smack at the centre of severe malevolence.

One of the founders of the faith, known to his followers as the Bab, was executed by a firing squad in 1850 at the age of 30. Over 2,000 of his early believers were massacred.

The cruelty towards the Baha’is has never abated since then. They’ve been targeted for being “heretics”, “enemies of Islam”, and “a depraved sect”, and subjected to waves upon waves of attacks.

According to Cultural Survival, “The mainspring of the hostility to the Baha’i minority has been the Islamic clergy’s rejection of the idea that there could be a revelation from God after that of Muhammad, who is regarded by them as ‘the last of the Prophets’. This theological objection is immeasurably strengthened by ecclesiastical fear of the Baha’i social teachings. Essentially, the new faith teaches that humanity has entered the age of its unification, and that the principal concern of religion must be to establish unity and overcome differences of race, creed, language and nation.”

Peace, altruism and humanity may be central to the Baha’is, but the Baha’is have faced anything but.