Australian envoy to India, Barry O’ Farrell had tweeted on November 15 that he met with RSS chief Mohan Bhagwat in Nagpur – and praised the organisation for relief work during the pandemic. 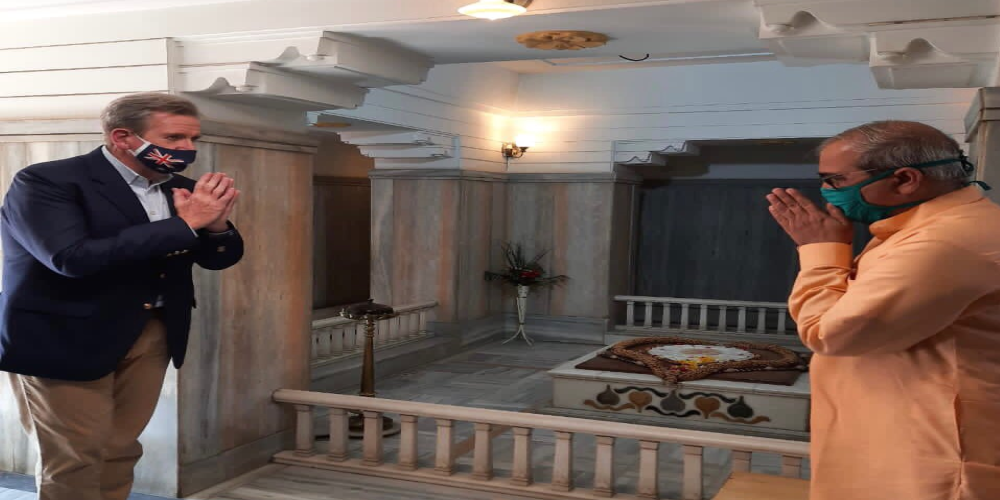 New Delhi: Three weeks after Australian ambassador met with Rashtriya Swayamsevak Sangh (RSS) chief Mohan Bhagwat, the meeting was criticised in Australian parliament, with an opposition member of parliament calling for his resignation.

Australian envoy to India, Barry O’ Farrell had tweeted on November 15 that he met with RSS chief Mohan Bhagwat in Nagpur – and praised the organisation for relief work during the pandemic.

The @RSSorg has been actively supporting the community during #COVID19. I met with Sarsanghchalak Dr Mohan Bhagwat who shared the relief measures the organisation has adopted across 🇮🇳 during these challenging times. pic.twitter.com/2LhniF2ven

There had been immediate public criticism about the meeting in Australia, but it was from civil society and human rights advocates.

For the first time, Janet Rice, a member of Australia’s upper house of parliament for Greens, raised it during parliamentary proceedings on December 1.

As per the official record of the proceedings, Rice first noted that she had recently spoken at two roundtables on human rights in India, with particular concerns about RSS.

The Australian senator described the RSS as a “fascist organisation that openly admits admiration for Adolf Hitler and the appalling genocide that occurred under his Nazi regime”.

“The contemporary RSS rides roughshod over people’s human rights. Time and time again, the RSS has attacked Indian people’s rights to freedom of expression, freedom of religion and safety. Their advocacy of a ‘Hindu Rashtra’ is for an India where, by definition, minorities are denied rights and privileges. They demonise and encourage persecution of some of the non-Hindu citizens of India, particularly those of Muslim background”.

“He [Farrell] is only the second senior diplomat from any country to meet the RSS at their offices in recent times. This is a disgrace,” she noted. This was a likely reference to German ambassador to India, Walter Lindner’s meeting with RSS chief last year.

She then called on ambassador Farrell to resign and said that she was going to ask the Australian foreign office for more information on whether any advice was provided to him before the meeting.

“We believe that the high commissioner should resign. I’m seeking further information about what advice the department of foreign affairs and trade provided to him before that meeting,” said senator Rice.

“I’m keen to continue this discussion here in this parliament in the new year, because I believe that issues related to the erosion of human rights and democracy are things that need to be drawn to people’s attention and for us to discuss here in this national parliament,” she added.

The Wire has contacted the Australian high commission for a response on the statement in parliament about the envoy’s meeting with the RSS head. This report will be updated after a response is obtained.