On the New 'AUKUS' Partnership, India Adopts a Studied Silence

The new alliance between the US, the UK and Australia, focused on the Indo-Pacific, will allow Australia to acquire nuclear-powered submarines for the first time. 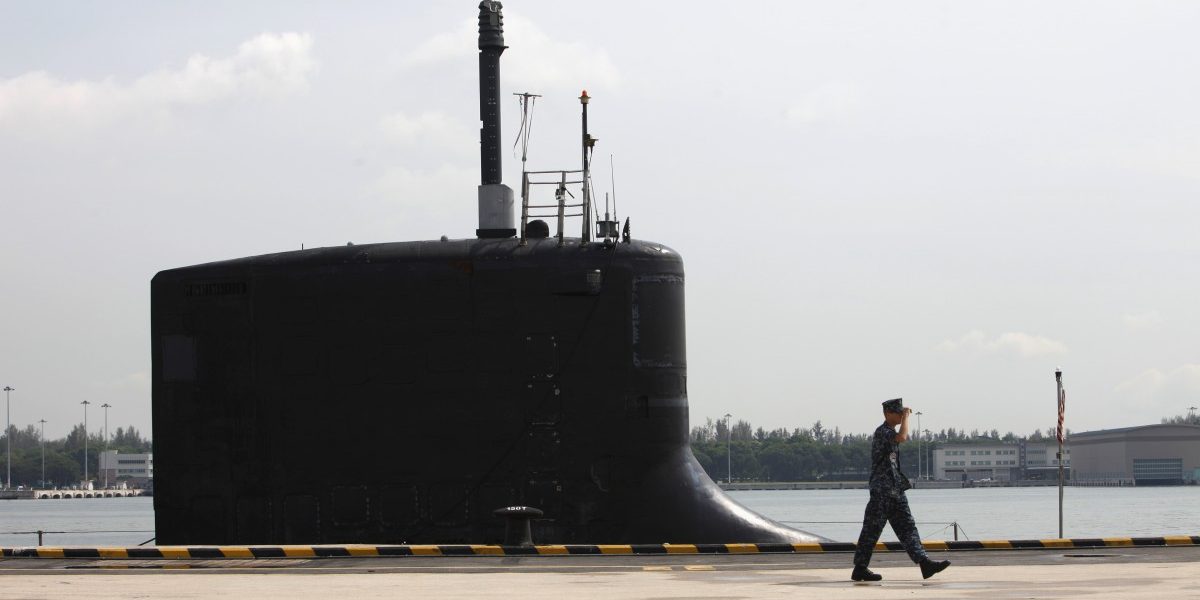 New Delhi: India has chosen not to officially respond to the proclamation of a new security alliance between the US, the UK and Australia focused on the Indo-Pacific, which will include the transfer of nuclear technology.

On Wednesday, US President Joe Biden, along with his counterparts in UK and Australia, announced their trilateral security pact, which is being primarily viewed as an endeavour to counter China’s influence in the Indo-Pacific.

To be known as ‘AUKUS’, the new alliance will allow Australia to acquire nuclear-powered submarines for the first time.

China’s embassy in Washington had sharply responded that the three western countries were suffering from a “cold war mentality and ideological prejudice”.

In New Delhi, there is no official reaction. “I do not have anything to share on this at this moment,” external affairs ministry spokesperson Arindam Bagchi told reporters in answer to queries at the weekly media briefing on Thursday.

India is a member of the ‘Quad’ group along with the US, Australia and Japan. The Australian defence and foreign ministers were also in New Delhi last week for the inaugural ‘2+2’ ministerial meeting.

Bagchi indicated that both the Australian ministers also called up their counterparts on Wednesday ahead of the announcement in Washington.

Prime Minister Narendra Modi had also tweeted that he had a phone conversation with Australia’s Scott Morrison on Wednesday.

Asked whether the new security alliance would put the upcoming Quad summit into shadow, Bagchi demurred.

“I think the Quad summit stands on its own. It is extremely important as I mentioned…Clearly, Quad partners attach a lot of importance to it. You can see that in the midst of the COVID-19 pandemic, an in-person summit is happening. I would not like to comment or speculate on implications (of AUKUS),” Bagchi said.

Modi is travelling to the US next week, where he will participate in the first in-person Quad summit on September 24. The Quad leaders had met virtually in March this year.

China stated that the security alliance will “severely damages regional peace and stability, intensifies the arms race, and jeopardises the international efforts in promoting the non-proliferation of nuclear weapons”.

French foreign minister Jean-Yves Le Drian reacted furiously, accusing the US of betrayal and asserting that President Biden seemed to be as inconsistent as his predecessor Donald Trump. The new alliance meant that Australia has cancelled its $90 billion contract to build submarines with France’s Naval Group.

Australia’s Indo-Pacific neighbour, New Zealand, clarified that Australian submarines developed under the deal will no longer be welcome due to its nuclear-free policy. “New Zealand’s position in relation to the prohibition of nuclear-powered vessels in our waters remains unchanged,” New Zealand Prime Minister Jacinda Ardern said on Thursday.

She added the new agreement does “in no way changes our security and intelligence ties with these three countries, as well as Canada”. New Zealand is part of the ‘Five eyes’ intelligence-sharing alliance with the US, the UK, Australia and Canada.