As the Taliban Fight Internal Divisions, Ashraf Ghani Needs a Plan B 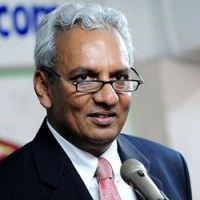 On the eve of Eid, President Ashraf Ghani was upbeat about his gambit with Pakistan and the Taliban. Celebrating the initiation of formal talks with the insurgent group, he said in his Eid message, “this is what our nation wants, to end the bloodshed.” Shrugging off a spate of Taliban bombings that had killed dozens of civilians, he maintained that reconciliation with them is the solution to Afghanistan’s problems.

Pakistan facilitated the first round of formal dialogue between the representatives of the Afghan government and the Taliban in Murree on July 7. Ghani expressed his gratitude to Taliban leader Mullah Omar for endorsing the talks. A second round was scheduled for July 31, 2015.

Two days before that date, however, a spokesperson of Afghanistan’s National Directorate of Security went public with the news that Mullah Omar was dead, and that his end had come not recently but in Karachi on April 23, 2013.

This is an awkward and challenging moment for the Afghan president. Besides the chagrin of having thanked a dead man for a message someone else had authored and signed off on, talks with the Taliban have also been postponed indefinitely. After all, Ghani had been hoping the talks would help attenuate some of the difficulties faced by him – deteriorating security, the erosion of territorial control, the downward spiralling economy, and the dispirited public sentiment. File photo of Mullah Mansour, the new leader of the Taliban

The anointment of Mullah Akhtar Mohammad Mansour as the Emir of the Islamic Emirate, as the Taliban style themselves, has unravelled the insurgent group’s residual unity. Rahimullah Yusufzai, among the best informed journalists in Pakistan on Taliban affairs, reported on the basis of his conversations with several members of the Quetta Shura soon after it purportedly met, that the announcement of Mansour’s leadership was “disputed” by several of its senior members.

Those opposed to the new Emir are heavyweights, including Mullah Omar’s eldest son, Mullah Mohammad Yaqoub, and the Taliban’s chief field commander, Mullah Qayyum Zakir. Both men reportedly stormed out of the meeting, along with another senior Shura member, Mullah Habibullah, charging Mansour with manoeuvring his way to the leadership of the movement. The Taliban’s chief negotiator and head of its Qatar office, Syed Tayyeb Agha, who had served as an assistant to Mullah Omar, is also said to be opposed to Mansour.

The inept handling of Mullah Omar’s death and the disarray within the Taliban in settling the succession have exposed the fundamental flaws of the Afghan peace talks. It has taken the Rahbari (Quetta) Shura – the central party leadership – 27 months to decide on a new supreme leader, exposing the limits of the Inter-Services Intelligence (ISI) agency’s skills in bridging fractures within the Taliban. This is not very different from its previous failure to manage the leaders of the Peshawar-based seven-party alliance that took power in Kabul after the fall of the Najibullah government in 1992.

Critics of the reconciliation process in Afghanistan believe that the fight is not against an indigenous insurgency. Most of their problems, they contend, are attributable to an armed group over which the Pakistan Army has nearly complete control. “Pakistan’s frontier areas, and Karachi, have been the Silicon Valley of the Islamist militancy in the last 40 years,” the former head of NDS, Amrullah Saleh, told this writer. “Pakistan madrassas don’t produce Mullahs,” he added, “they produce armed jihadists – and for a jihadist group like the Taliban to distance itself from Pakistan would be like cutting off its own roots.”

Against this background, the disclosure of Mullah Omar’s death does not materially change anything for Afghanistan. He turned from fugitive to figurehead after escaping from Kandahar in December 2001. He had ceased to be the de-facto head of the Taliban years before his death. This is confirmed by the Taliban’s claim that its new Emir, Mansour, “had been practically administrating the Islamic Emirate since long.”

Painted as a warrior-saint saviour, Mullah Omar’s image was modelled after Imam Khomeini even though he lacked the Iranian Ayatollah’s sagacity and strength. Omar was the ceremonial head of the Taliban, with manufactured messages issued in his name by handlers controlling its sophisticated propaganda machine. When the Islamic State, or Daesh, questioned his non-appearance, calling him a dumb imposter, the Taliban was forced to post his hagiography on its website in April this year.

In reality, Mullah Omar was a manipulated man from the start, his writ ineffective in Afghanistan even after the Taliban assumed power in 1996. He had issued a fatwa forbidding the spilling of the blood of innocents on Afghan soil when the hijackers threatened reprisals against the IC-814 passengers, but the aircraft had meanwhile been rigged with explosives.

He committed not to allow foreign militants to abuse the Taliban’s hospitality in Afghanistan. This turned out to be an empty promise, as was soon discovered when the Clinton administration sent Tomahawk missiles down on an Al Qaeda training camp near Khost, in reprisal against the August 7, 1998 bombing of the US embassies in Nairobi and Dar es Salaam. President Clinton records in his memoirs that while the target, Osama bin Laden, had escaped, several other Al Qaeda associates were killed, including, “some Pakistani officers who were reported to be there to train Kashmiri terrorists.”

Even so, Mullah Omar’s passing is a serious setback for the Taliban. In his death, the group has lost its unifier. The already fragmented movement is likely to be further torn apart. The clash between Mullah Omar’s familial inheritors and those who enjoy the ISI’s confidence is out in the open.

Moreover, his absence creates a void that might tempt the Taliban’s more radical elements to consider shifting their loyalties to Daesh. As the living Amir-ul-Momineen, Mullah Omar was the declared and accepted Caliph for the Afghan Islamists. There was no question of them offering their allegiance to Al Baghdadi as Caliph so long as Mullah Omar was alive.

While convalescing in Germany, President Ashraf Ghani is perhaps re-calibrating his tactics. He has discussed the latest situation with Prime Minister Nawaz Sharif and General Raheel Sharif. In a videoconference with the press in June this year, he stressed Pakistan’s “obligation” to cooperate in “quelling the activities of the Taliban and other terrorist groups,” in order to end violence in Afghanistan. The main goal of Afghans, he added, is “peace between the sovereign states of Afghanistan and Pakistan, as Pakistan has been in a state of undeclared war with our country over the last 14 years.”

Ghani is likely to see the forcible admission of Mullah Omar’s death as opening a window of opportunity for peace.

The peace process, as it has evolved so far, has been Pakistan-led and Pakistan-owned. The agenda of reconciliation was pursued in Murree, Quetta, Karachi, and Rawalpindi, not in Kabul or Kandahar. The interlocutors who have met Afghanistan’s High Peace Council were second-level Taliban leaders and known Pakistan proxies. This was much more a dialogue between Afghanistan and Pakistan, than between the Afghan government and its armed opposition – for the most part surrogates of Pakistan. The question is, can Pakistan deliver?

Ghani has wanted action against the Haqqani network. Pakistan has responded by encouraging Mansour to take on Sirajuddin Haqqani as his number two. With its false foundations, Pakistan’s elaborate construction of the peace process has collapsed as a house of cards. The circumstances of Mullah Omar’s death, the succession-related split in the Quetta Shura, and the complex web of intrigue and infighting within and among the ISI-assisted terrorist groups, have further compromised the credibility of Pakistan.

As the Taliban grows more divided, the likelihood of its insurgency weakening increases. The group has been militarily resurgent since last year but the Kabul government can attempt to exploit the prospect of its weakening both militarily and psychologically. With negotiations at a standstill, Ashraf Ghani’s options are limited. Afghans now await the unfolding of his Plan B.

Jayant Prasad is a former Indian Ambassador to Afghanistan. Currently, he is Advisor, Delhi Policy Group, and Visiting Fellow at the Research and Information System for Developing Countries.