Supporters of long-serving African leaders dismiss parallels with Zimbabwe, where Mugabe's former deputy – sacked during a power struggle with Mugabe's wife – is about to take power with military and public backing. 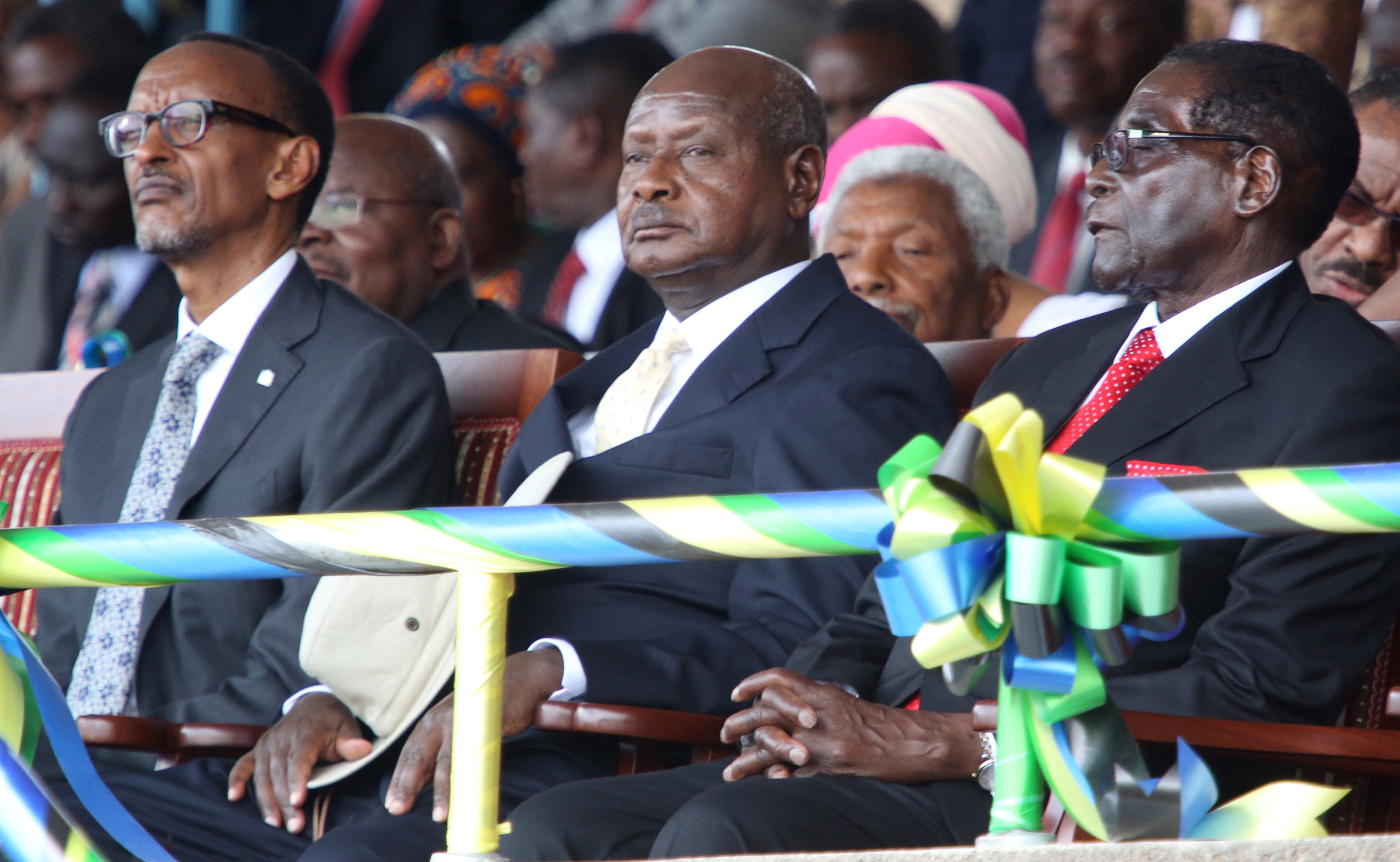 Nairobi: Hours after Zimbabwe’s Robert Mugabe was forced out after 37 years in power, Uganda’s president, another former guerrilla in office for more than three decades, was tweeting about pay rises for civil servants and bright prospects for his army tank crews.

Supporters of long-serving African leaders dismiss parallels with Zimbabwe, where Mugabe‘s former deputy – sacked during a power struggle with Mugabe‘s wife – is about to take power with military and public backing.

But Ugandan President Yoweri Museveni’s tweets, which come amid rising anger at the 73 year old’s attempts to prolong his rule, suggest he is looking south and wondering about his own fate.

“Now that the economic situation in Uganda is improving, the government will be able to look into raising of salaries of soldiers, public servants, health workers and teachers and also deal with institutional housing,” Museveni tweeted on Wednesday.

It was unclear what improvement he meant. Uganda’s faltering economy is growing too slowly to absorb a booming population of 37 million. The number of citizens spending less than a dollar a day has surged to 27%, the statistics office reported in September, up from 20% five years ago.

Museveni’s office was not immediately available for comment on the tweets, but John Baptist Nambeshe, a ruling party lawmaker who opposes the president’s attempts to have an age limit on his post lifted, said there was no coincidence.

“The timing couldn’t have been coincidental. It was to underscore his might, that probably the military is still solidly behind him, unlike in Zimbabwe,” Nambeshe told Reuters.

Museveni may not be alone.

Several African leaders have faced popular opposition in recent years, from Togo, where thousands protested this autumn, to Gabon, where riots broke out last year after President Ali Bongo was re-elected in a disputed vote.

Mugabe‘s fall has raised hopes among opposition politicians that other long-serving leaders will fall, but also stoked fears that those who replace them may be no better.

Some countries allow only two presidential terms, but several have rolled back such legislation.

In Cameroon, Biya scrapped term limits and cracked down on the opposition. In Congo, Nguesso jailed an opposition leader this year for protesting against the removal of term limits.

“Leaders must put in place mechanisms for a democratic and peaceful transition that will allow new leadership. If not, sooner or later, the people who are suffocating will wake up,” he said. 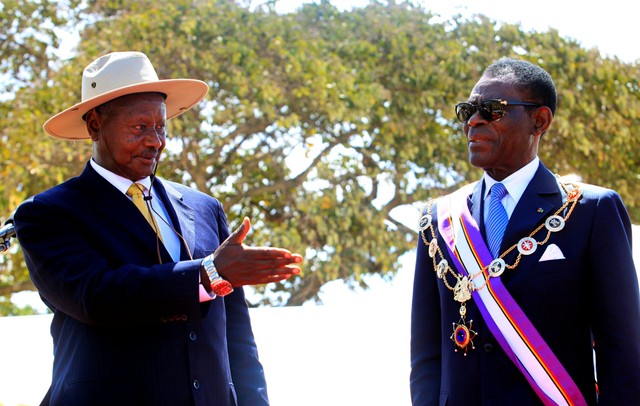 Some places have already seen change. Burkina Faso’s Blaise Compaore was ousted by protests in 2014 as he tried to change the constitution and extend his decades-long rule. In January, Gambia’s erratic ruler Yahya Jammeh fled after regional pressure ended his 22-year reign.

Angolan president Jose Eduardo dos Santos stepped down this year after four decades in power; his handpicked successor has pushed out some key dos Santos allies.

For many nations, a Zimbabwe-style switch in the loyalties of the armed forces or a rift in the inner circle represents one of the few ways that rulers might be forced from power. Despite Zimbabwe’s well-established opposition, change didn’t come until Mugabe‘s inner circle fell out over his succession plans, and the military put him under house arrest.

Brigitte Adjamagbo-Johnson, a top Togolese opposition official, said they had hoped for a Zimbabwean-type change of power where the military came over to their side.

“We’d wanted the Togolese army to fight alongside us. We were moved seeing that Zimbabwe’s army and civilian population were all in the streets dancing. That’s what we want in Togo,” she said. “There will be change in Zimbabwe this year and there will be in Togo too.”

“Their turn will come”

A slump in commodities prices has deprived some nations of the resources they have traditionally used to muffle protests. In some cases, corruption has also emptied state coffers.

In central Africa, Congo’s Kabila has repeatedly postponed elections after refusing to step down at the end of his term last year, sparking deadly protests.

“A fabricated demonstration dreamed up by those who do not accept the liberation of Africa. OtherMugabes will be born. Nothing to worry about,” he wrote.

The east African nation has seen far less violence under Museveni than the two dictators who preceded him. But now tensions are rising as social services crumble and parliamentarians attempt to remove a constitutional age cap that would bar Museveni from standing in the next election.

“The intelligence services of the West have worked day and night to bring down Zimbabwe,” he told Reuters. “Citizen pressure in Zimbabwe can only work if and when the army allows it.”

But another Ugandan opposition leader, Asuman Basalirwa, warned that national leaders who refused to step down risked plunging their countries into conflict. Military intervention to end dictatorships ultimately leads to more repression, he said, something that many feared might be in store for Zimbabwe.

“It is time for the continent to democratise,” he said. “Those who have not yet experienced what happened in Egypt, Tunisia, Libya and now Zimbabwe should just wait for their turn because it will surely come.”