Despite the promises of President Ghani and new laws being enacted, torture of detainees by Afghan security forces is still widespread says UN report. 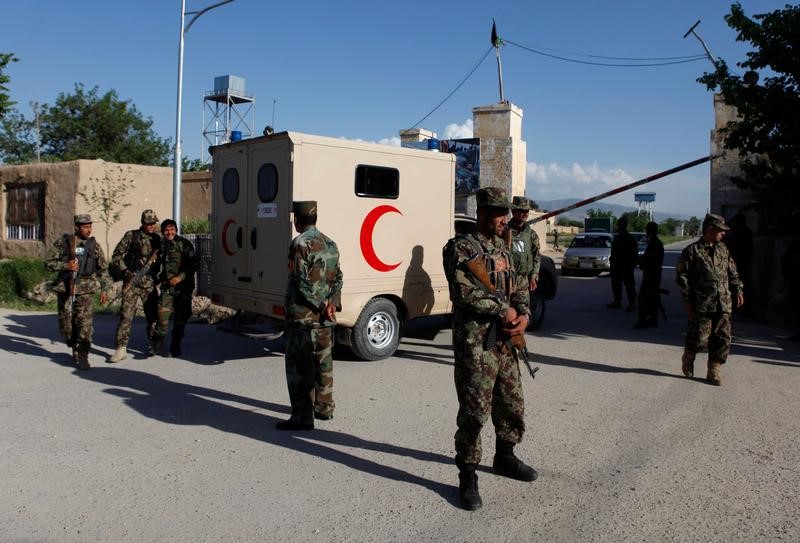 Afghan National Army (ANA) soldiers keep watch at the gate of an army headquarters a day after an attack in Mazar-i-Sharif, northern Afghanistan April 22, 2017. REUTERS/Anil Usyan

Kabul: Torture and mistreatment of detainees by Afghan security forces is as widespread as ever, according to a UN report released on Monday, despite promises by Afghan President Ashraf Ghani and new laws enacted by the government.

At least 39% of the conflict-related detainees interviewed by UN investigators “gave credible and reliable accounts” of being tortured or experiencing other mistreatment at the hands of Afghan police, intelligence, or military personnel while in custody.

That compares with 35% of interviewees who reported such ill-treatment in the last UN report, released in 2015.

In response to allegations in the past, the Afghan government has acknowledged that some problems could be caused by individuals but not as any national policy.

“The government of Afghanistan is committed to eliminating torture and ill-treatment,” the government said in a statement.

The UN report comes as senior Afghan officials prepare to appear before the UN Committee Against Torture in Geneva this week to face a review of Afghanistan’s record of implementing anti-torture laws.

The International Criminal Court in The Hague is conducting a separate review of torture in Afghanistan.

“Notwithstanding the government’s efforts to implement its national plan … the present report documents continued and consistent reports of torture and ill-treatment of conflict-related detainees, mainly during interrogation, and highlights a lack of accountability for such acts,” UN officials concluded.

Over the past two years, investigators interviewed 469 detainees in 62 detention centers across Afghanistan.

The report’s authors noted an alarming 14% spike in reports of torture by Afghan National Police, at 45% of those interviewed.

More than a quarter of the 77 detainees who reported being tortured by the police were boys under the age of 18, according to the United Nations.

A force known as the Afghan Local Police severely beat almost 60% of their detainees, according to the interviews carried out by UN investigators.

Nearly 30% of interviewees held by Afghanistan’s intelligence agency, the National Directorate of Security, said they had faced torture or mistreatment.

Afghan National Army soldiers were also accused of mistreating some detainees, but the prisoners held by the army usually fall in categories less vulnerable to torture, the United Nations noted.

The majority of detainees who were tortured said it was to elicit a confession, and the ill-treatment stopped once they signed a written confession, which in many cases, they could not read.

“Torture does not enhance security,” UN High Commissioner for Human Rights Zeid Ra’ad Al Hussein said in a statement. “Confessions produced as a result of torture are totally unreliable. People will say anything to stop the pain.”

Among the methods described in the report were severe beatings to the body and soles of the feet with sticks, plastic pipes or cables, electric shocks, including to the genitals, prolonged suspension by the arms, and suffocation.