India's move to temporarily shut the consulate in Kandahar came in view of Taliban fighters rapidly seizing control of a number of key areas in the region. 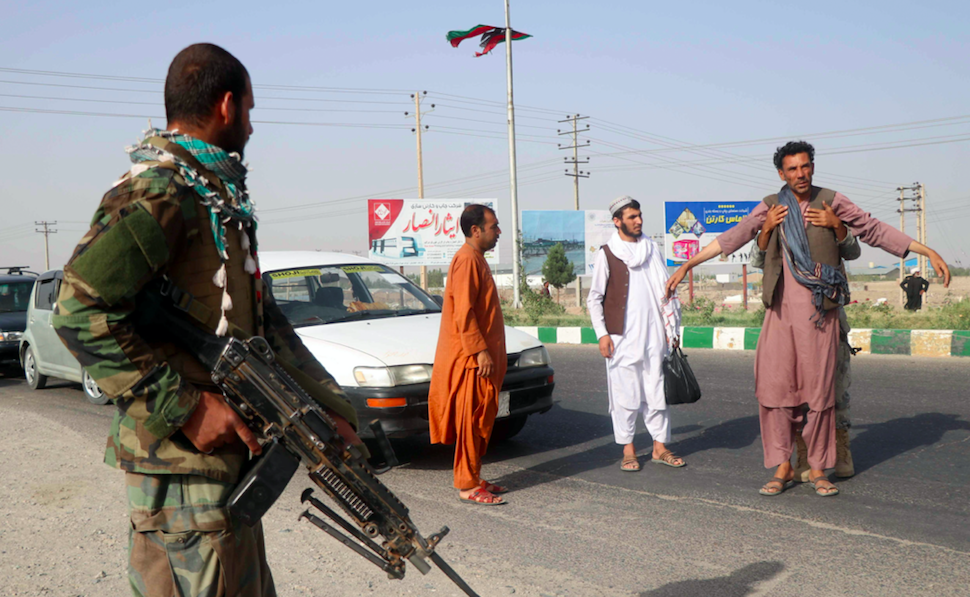 New Delhi: India has pulled out around 50 diplomats and security personnel from its consulate in Kandahar in Afghanistan in view of the deteriorating security situation and the Taliban gaining control of new areas around the southern Afghan city.

A special aircraft of the Indian Air Force was sent on Saturday to bring back the Indian diplomats, officials and other staff members including a group of Indo-Tibetan Border Police personnel, PTI reported sources as having said.

India’s move to temporarily shut the consulate in Kandahar came in view of Taliban fighters rapidly seizing control of a number of key areas in the region as well as in western Afghanistan triggering huge security concerns.

In response to the media queries on the Indian Consulate in Kandahar, MEA spokesperson Arindam Bagchi said, “India is closely monitoring the evolving security situation in Afghanistan. The safety and security of our personnel is paramount. The Consulate General of India in Kandahar has not been closed. However, due to the intense fighting near Kandahar city, India based personnel have been brought back for the time being. I want to emphasise that this is a purely temporary measure until the situation stabilises. The Consulate continues to operate through our local staff members.”

Bagchi added, “Arrangements are being made to ensure continued delivery of visa and consular services through our Embassy in Kabul. As an important partner of Afghanistan’s, India remains committed to a peaceful, sovereign and democratic Afghanistan.”

On Tuesday too the Indian embassy in Kabul had said there was no plan to close the embassy and the consulates in Kandahar and Mazar-e-Sharif.

Two days ago, the Ministry of External said India was carefully monitoring the deteriorating security situation in Afghanistan and its implications on the safety and security of Indian nationals.

“Our response will be calibrated accordingly,” External Affairs Ministry Spokesperson Arindam Bagchi had said at a media briefing on Thursday.

Afghanistan witnessed a series of terror attacks in the last few weeks as the US looked to complete the withdrawal of its forces from Afghanistan by August-end, ending a nearly two-decade of its military presence in the war-ravaged country.

There were reports that at least two foreign missions in Mazar-e-Sharif, the capital of northern Balkh province, have closed their operation in view of escalating violence in the region.

The Indian embassy last week asked all Indians visiting, staying and working in Afghanistan to exercise the utmost caution with regard to their security and avoid all types of non-essential travel in view of rising incidents of violence in various parts of the country.

In an advisory, the embassy said the security situation in Afghanistan remains “dangerous” and that terror groups have carried out a series of complex attacks including targeting civilians, adding Indian nationals additionally face a “serious threat” of kidnapping.

India has been a major stakeholder in the peace and stability of Afghanistan. It has already invested nearly USD three billion in aid and reconstruction activities in the country.

India has been supporting a national peace and reconciliation process which is Afghan-led, Afghan-owned and Afghan-controlled.

In March, Afghan Foreign Minister Mohammad Haneef Atmar visited India during which Jaishankar conveyed to him India’s long-term commitment towards a peaceful, sovereign and stable Afghanistan.