With Narmada Supply Stopped, Gujarat Farmers Try to Keep Their Heads Above Water

According to a few, it is ironical that the Gujarat government has stopped supplying water when the project was claimed to have been built to resolve farmers’ issues. 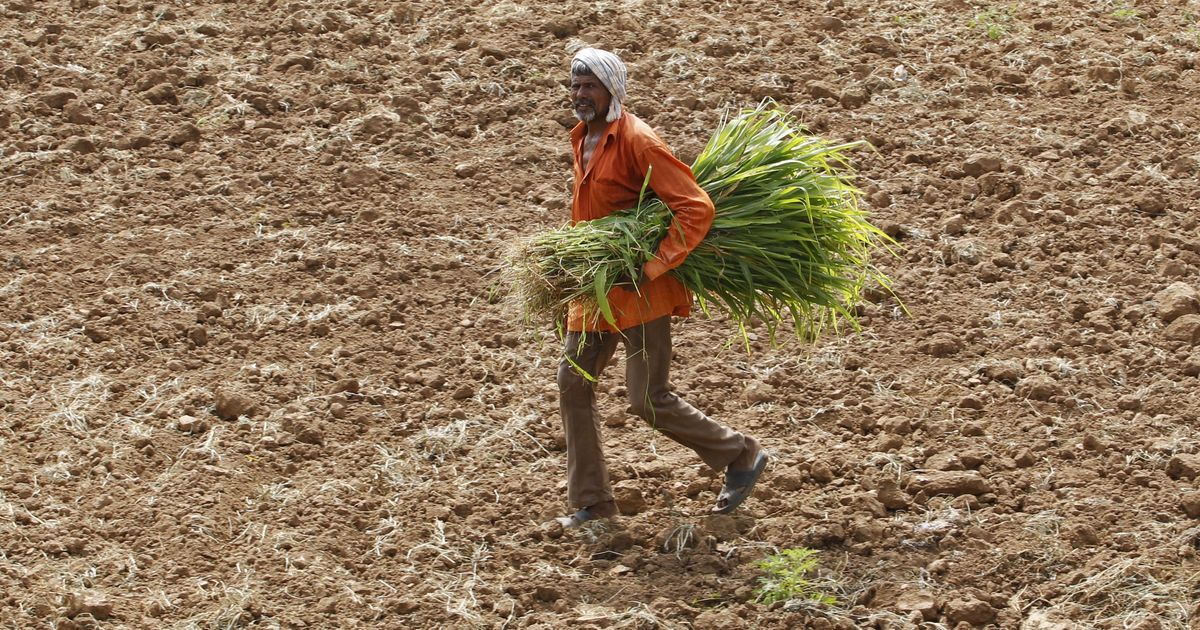 Every day, Vijay Kantibhai Dabhi, a 31-year-old farmer of Patna Bhal village, Vallabhipur taluka in Bhavnagar district tries to sell the cotton that he could salvage from the last crop cultivated before the Gujarat government stopped supplying irrigation water to farmers from Sardar Sarovar Dam on March 16 this year. His attempts to sell, however, have been in vain as there are too many farmers who are no desperate to sell their salvaged crops.

“In desperation, to earn whatever they can, farmers have begun selling cotton at just Rs 250 per 20 kilograms. Ideally, it fetches around Rs 750 to Rs 1,000,” says Vijay Dabhi.

“For at least six months now, we have not been able to grow crops because of lack of irrigation water. Most farmers have loans to pay back. Some farmers who have taken money from village loan sharks have no other option but to pay anyhow. I am at a fix too. I have a family to feed for six months and March 25 is the last date for the loan payment. The last crop I grew is lying in the field that I have been unable to sell so far,” he adds. 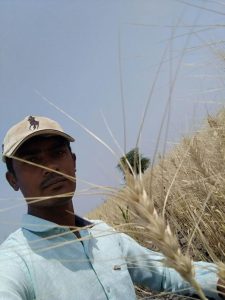 Vijay Dabhi is in a fix about how to provide for his family in such a situation. Credit: Damayantee Dhar

The Sardar Sarovar Narmada Nigam Ltd. (SSNNL) had issued a notification in January this year stating that it will not provide irrigation water in the Narmada command area for summer crops post March 15. The notification stated that such a decision was being taken by SSNNL due to scanty water reserves in Sardar Sarovar dam owing to less rain in the catchment area. SSNNL had then appealed and informed the farmers to not grow summer crop unless they have their own means of local water resource for irrigation.

On January 22 this year, Gujarat chief secretary J.N. Singh had called a press on the issue and stated that Sardar Sarovar Reservoir Regulatory Committee (SSRRC), a part of Narmada Control Authority has decided to allot 4.71 MAF water to Gujarat in 2017-18 as against 9 MAF that is ideally always allotted to Gujarat.

“The Gujarat government usually supplies water for irrigation until the onset of monsoon. However as per SSRRC norms the Gujarat government is not bound to supply water for summer crops. We have been giving water in past for we had surplus, this year we will not supply for summer crops,” S.S. Rathore, the chairman and managing director of SSNNL, had stated in the press conference.

From March 16, SSNNL has deployed more than 100 personnel of the Narmada battalion near and around Kevadiya Colony, at the foot the Sardar Sarovar dam in Vadodara. They, apart more than 700 personnel of State Reserve Police, have been deployed along the main canal. Reportedly, local police of each district along Saurashtra has also been instructed to be active to prevent farmers from drawing water illegally from the canals.

“It’s an irony the Gujarat government has decided to stop supplying water to the farmers when the project was claimed to be built to resolve farmers’ issues. In accordance with the order of Narmada Water Dispute Tribunal, 18.45 hectares of land is to be irrigated by Narmada water between rabi and kharif crop. Has that much area been irrigated before government decided to stop supplying water?” questions Sagar Rabari, the leader of Khedut Samaj, a farmers’ rights organisation based in Gujarat. 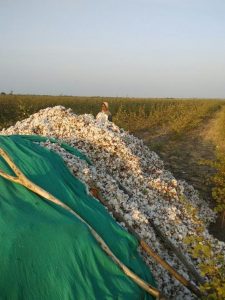 The pile of cotton Dhabi is trying to sell. Credit: Damayantee Dhar

“As per our reports government has been diverting more than 1.06 MAF water to industries and that is the reason SSNNL never releases break-up of water provided to the industries,” Rabari added.

Reiterating Rabari’s claim, Vijay Dabhi, who resides about 18 kilometres from Navada Pumping station in Barwala taluka, Botad, from where water is supplied to 2000 villages in nine districts and 300 industries, said, “A week back I visited the pumping station pretending to inquire about a new water connection. A junior office staff told me that only water supply for agriculture has been stopped. The 300 industries continue to get water. He said there has been no orders to cut off water supply to these industries. However, applications for new industry connections have been put on hold.”

“There is no force deployed around the Navada pumping station yet. However, villagers of the area told me that local police who had made a round earlier may be deployed there soon, lest farmers try to steal water,” added Dabhi.

Farmers from rural Gujarat have meanwhile begun moving to cities like Surat, Ahmedabad and Mumbai in search of work to sustain until monsoon sets in and they can return to farming. While some who manage a job in textile or diamond industry in Surat earn up to Rs 12,000 a month, for some who end up working as a labourer the earning is between Rs 100-200 a day.

“Almost all young men of our village have left to seek jobs in cities. I have two sons, one of them managed to get a job in textile industry in Surat but other one wasn’t so lucky. He is in Ahmedabad working as a labourer in some construction company,” Mansukbhai of Nana Munjiasar village of Bagasara taluka, Amreli told The Wire.

“Some rich farmers can sustain through this situation and still harvest the last crop sowed in months of November-December. They can dig a bore well. But the water level has gone so down in Amreli over the years and even digging 1000 feet doesn’t get you water. For farmers like us, there is no option than to let last crop go a waste,” adds Mansukhbhai, who has 12 acres of land and a family of seven to feed. 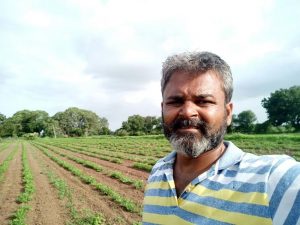 Naresh Virani says there will be a shortage of even drinking water very soon. Credit: Damayantee Dhar

The SAUNI project was launched by Narendra Modi during his tenure as chief minister of Gujarat. It is meant to fill up 115 major dams in parched Saurashtra region by diverting overflow of water from Sardar Sarovar dam on Namada river. The project is meant to fulfil both irrigation and drinking water shortage.

“The government has claimed since inception that ten of these dams supplies water to Amreli district. However, five of those ten dams don’t exist as far we know,” Virani continues.

“In a month’s time, there will be shortage of drinking water in Saurashtra region. Initially, drinking water is supplied every week, then it is supplied every fortnight. They don’t have to supply much though, most villagers leave in search of jobs. Those who have relatives in other cities move with family. Only a handful, mostly old and women of poor farmers are left behind. They store water for daily use. But until monsoon nobody can do farming for the lack of irrigation water. It is only due the water crisis that every year this time the farmers have to leave their village and migrate,” Virani says, who has migrated to Surat with his family until the monsoon.