Personnel of the state forest department, fire and emergency services, SDRF, police and volunteers of SAYO are attempting to douse the fire. 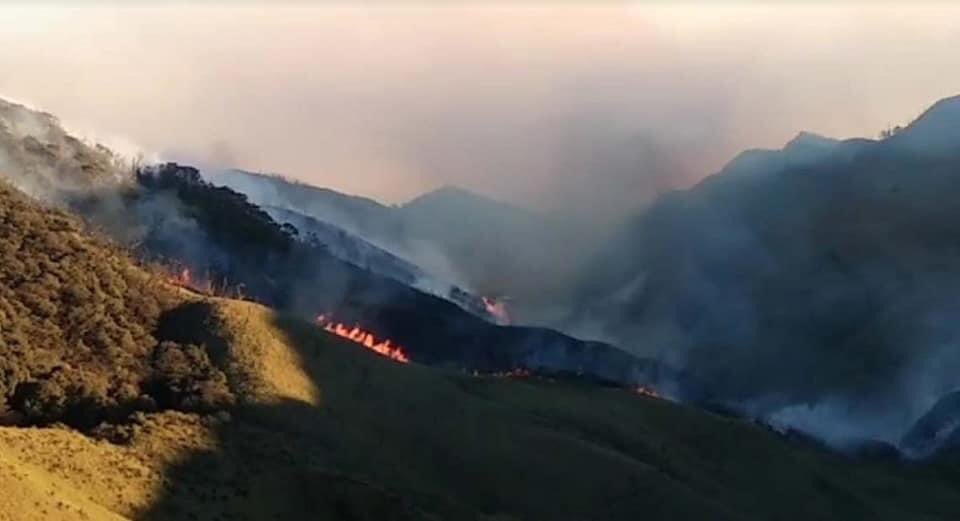 Kohima: Personnel of the forest department, fire, police and volunteers of Southern Angami Youth Organisation for the third day on Thursday tried to extinguish the wildfire in the scenic Dzukou range in Nagaland’s Kohima district, officials said.

The wildfire broke out in Dzukou range in which the majestic Dzukou valley, a tourist hot spot in Nagaland is located, on Tuesday afternoon.

Personnel of Forest department, Fire and Emergency Services, SDRF, police and volunteers of SAYO tried to douse the fire on Thursday.

The OSD said IAF choppers would be used on Friday to fight the fire if necessary.

During his visit, Ravi had first-hand assessment of the intensity of the devastating fire in the trekking route to the valley and extent of the destruction, it said.

Absence of a functional Standard Operating Protocol to effectively respond to such a disaster has aggravated the situation, the release said.

The Governor lauded the effort of the SAYO volunteers and the policemen who, in an extremely adverse ground condition, are battling the raging fire to contain it from further spreading.

Further, the Governor has urged the state government to immediately frame an appropriate SOP including satellite-based realt-time early warning system to prevent recurrence of such a disaster.