Studying the behaviour of these frogs provides invaluable information about how frog species evolved to adapt to surroundings in the past, and where they might be headed to in the future. 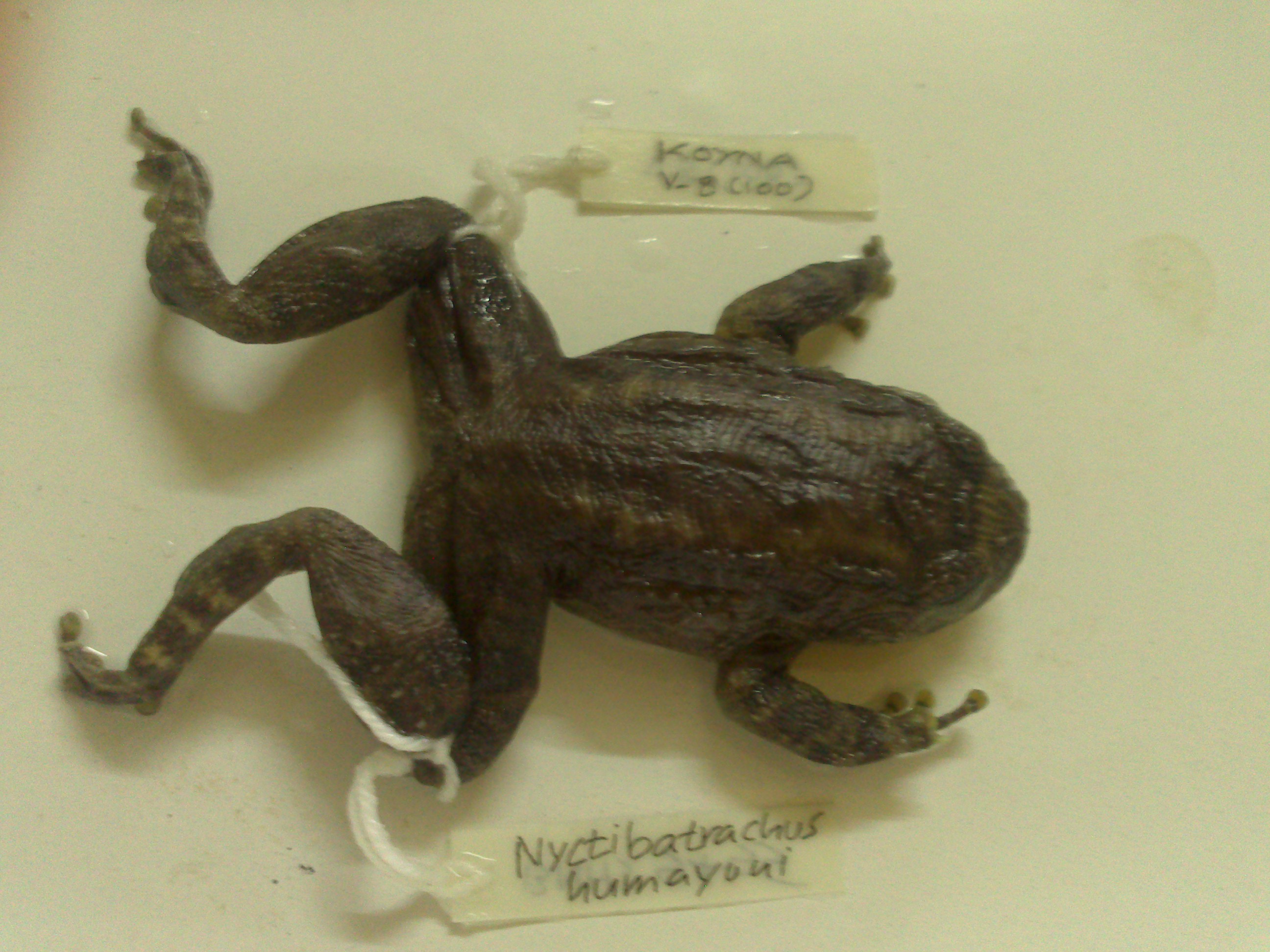 The Bombay night-frog (Nyctibachtracus humayuni) is herpetology’s newest celebrity. Its rediscovered mating habits made headlines around the world after a paper, penned by a group of researchers from the University of Delhi, was published on June 14.

The researchers describe the discovery of a new seventh mating position among the night-front, dubbed the ‘dorsal straddle’, hitherto unknown in this or any other 7,000+ known species of frogs. S. D. Biju – head of the research-team involved in the study and popularly known as the ‘frog man of India’ – has suggested the discovery is fundamental for understanding the evolutionary ecology and behaviour in anuran (the family of frogs) amphibians. It was over six years in the making, including many arduous hours spent gathering information in the areas surrounding Humbarly village, Maharashtra, not too far from Mumbai.

The Bombay night-frog, a “remarkable frog with an unprecedented reproductive behaviour”, according to Biju, is a species of stream-dwelling frog endemic to the Western Ghats, and a member of the night-frog family that diversified 70-80 million years ago. Researchers previously knew of six mating positions among them, consistent with all other known species of amphibian anurans. They are: the male clasping the female around the waist; grabbing her armpits; holding her head, attaching himself to her back with a gluey substance; sitting back-to-back; and sitting on her head.

But after a series of studies, Biju and his team of six, from DU as well as from the University of Minnesota, have reported a position involving no ‘amplexus’ – the grabbing of the female by the male, whether around the waist, armpits or head. Instead, the ‘dorsal straddle’ sees the male, much smaller than the female among Bombay night-frogs, climb onto the female’s back and then hold on to nearby branches or leaves, around the moss-layered tree-trunks on which they mate to remain hidden from predators.

The male then releases its sperm on the female’s back and disengages. After some time, the female releases her eggs – an as yet unseen phenomenon – which are fertilised by the male’s sperm trickling down the back.

Additionally, recordings of a female’s mating call were also made in the species, which is only known to happen in 25 other species of frogs worldwide.

Asked why the Bombay night-frog adopts this unusual mating-position, Robin Panjikar, one of the co-authors of the paper, said that he could only hypothesise since the observation was new. “It could’ve happened due to a combination of factors such as mating environment, efficiency, and the diamorphism [females being significantly bigger than males] displayed in the species.”

The Bombay night-frog mates on tree-trunks the Western Ghats during the monsoon. In these slippery circumstances, Panjikar said he observed innumerable instances of the frog-couple falling off barks or leaves while trying to mate. “So the male could hold on to the branch or leaf so as to make the position more stable, and less burdensome for the female,” he said. Panjikar also speculated that the late release of the eggs by the female could be a response to the time the sperm would take to trickle down the female’s legs.

There’s no way to verify these ideas without more studies, and they could be far between. The night-frog is tiny, nocturnal and shy, and only mates during the monsoons and nowhere else but in the hills.

To collect data on the night-frog, which Biju first observed in 2002, the team had to carry sophisticated audio- and video-recording equipment up a high-altitude plateau, two kilometres above Humbarly, every night during the monsoon’s height. They would start at 5 pm and wind up at 3 am. “It becomes very difficult to protect the equipment and the data in such circumstances. Sometimes, we had to shoot videos while simultaneously holding an umbrella and climbing a hill in the rain,” Panjikar explained – a far cry from the ‘controlled conditions’ most scientific research mandates.

Even so, Ashish Thomas, a herpetologist, believes the discovery has set a great precedent for further research because it has created great intrigue within as well as without the scientific community, even though he described most of the media coverage of the study as having been “off-focus and overly exaggerated”.

“Excitement in the community will bring impetus, and more funding to the research of these elusive animals, ” he said.

The relationship between ecology, behaviour and evolutionary mechanisms is key to understanding the anurans, especially the night-frogs. They’ve been known to prefer very specific mating environments, differing only, say, in the location of a leaf, a rock or a branch in the same area. Therefore, studying the behaviour of these frogs provides invaluable information about how frog species evolved to adapt to surroundings in the past, and where they might be headed to in the future.

“Five or six new modes of behaviour have been found in the last five years, and this will only increase with more research,” Thomas said, adding that studies in non-controlled environments always throw up unexpected and unforeseeable findings. “Going forward, we expect to be surprised more by what the research hasn’t revealed than any particular finding yet.”