Decarbonisation Is Nearing. India Should Brace For its Impact.

As renewable energy and innovations like carbon border taxes gather pace, the world will see global manufacturing chains redeploy themselves. 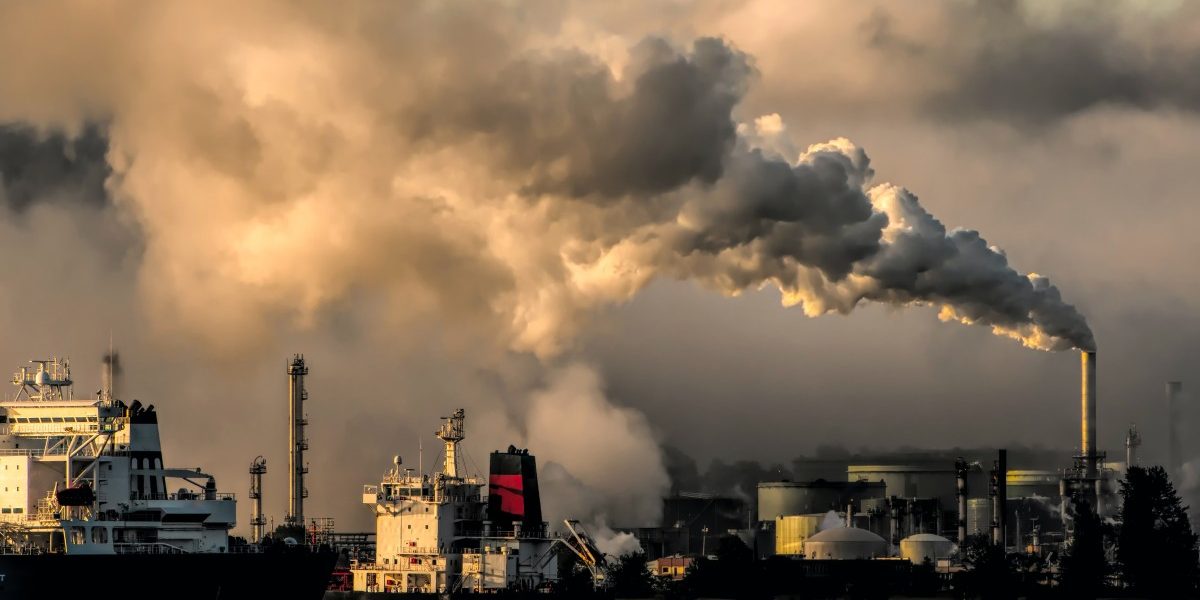 The fourth – and concluding – report in this series looks at the costs of accelerated decarbonisation in a battered economy. Read the first, second and third stories here, here and here.

For the longest time, developing economies have resisted emission reduction.

That, however, is set to change. Not only are carbon border taxes coming in, global finance, wary of getting saddled with stranded assets, is fast adopting ESG (environmental, social, and corporate governance) principles.

The fallout is striking. Developed countries (and global finance) are bypassing national governments and forcing value chains to decarbonise.

As our second report showed, companies are being compelled to adopt expensive technologies like carbon capture even before the supportive policy—like carbon offsets and emission markets – come up.

Prime Minister Narendra Modi’s statements at COP26 have added to the pressure. By 2030, he announced at Glasgow, India will meet 50% of its energy requirements from renewable energy; and that the country’s emissions intensity will drop by 46-48% from 2005 levels.

Decarbonisation is nearing. Accordingly, the first two reports in this series have looked at India’s prospects in the energy transition. Our first report asked if India can become a supplier (if not of the technology, then of the fuels). Our second report looked at local value chains’ capacity to decarbonise.

Our third report looked at the regulatory scaffolding needed for carbon capture technologies to work.

Also read: How Carbon Taxation Can Lead To a Cost-Effective Climate Change Mitigation Strategy in India

Talk about the energy transition and coal comes up immediately.

A number of researchers across the world are working on ‘just transition’ – to support the economies that run on fossil fuels. In India, ‘just transition’ is usually invoked in the context of coal. As its use falls, coal-producing regions will see revenues fall; sectors allied to coal will see closures and job losses.

What India is about to see with accelerating decarbonisation, however, is a bigger shock.

Even industries not at risk of obsolescence will see losses. Take India’s steel sector. In a bid to retain access to export markets, bigger firms are trying to decarbonise. As the second story in our series showed, Tata Steel is mulling over hydrogen and carbon capture. Smaller companies, however, are too cash-strapped to remake themselves.

And yet, these two changes are just the proverbial tip of the iceberg. Cost of energy is a major determinant of where value chains locate themselves. Now, as renewable energy and innovations like carbon border taxes gather pace, the world will see global manufacturing chains redeploy themselves. “Till now, the West had outsourced most of its manufacturing to developing countries,” said economist Jayati Ghosh. “Most of its emissions are produced from consumption. In contrast, most of the Global South’s emissions emanate from manufacturing, not from consumption.” Now, she said, “we will have to see which of these value chains stay in the third world and which ones move back.”

These questions will touch even sectors like textiles. It will have to choose between renewables – whose prices are set to rise in India – and paying carbon border taxes. “This is like ISO,” said Ghosh. “It, too, had covered input suppliers to companies. That said, the informal economy in many of these sectors makes it almost impossible to comply.”

A large dislocation is coming

At the best of times, doing business in India is not easy.

To begin with, there is our erratic policy making. In coal, thermal power producers found themselves unable to compete with those who bagged discretionary captive coal block allocations – and slipped into losses. And then, after the Supreme Court deallocated those blocks, the favoured few slipped into losses as well.

In gas, cheap domestic gas was abruptly yanked from fertilisers and given to city gas distributors. The latter then found their prices capped. In solar, the rooftop sector has been brought to its knees by DISCOMs, which don’t want their most profitable customers to set up their own solar installations. The rest of the market – ground installations of solar panels – has also been hammered. Between the country’s ‘Make in India’ push, the imposition of a basic Customs duty on solar imports, and a hike in GST rates, solar equipment and tariffs are set to cost more as well. This will also push up hydrogen prices in India.

That is not all. A clutch of states, like Tamil Nadu and Andhra Pradesh, have reneged on power purchase contracts. “There is no sanctity of contracts,” said Sandeep Hasurkar, the author of Never Too Big To Fail, a book detailing the collapse of IL&FS.

The country is now adding technological risk to that melee. To retain access to export markets and finance, companies have to decarbonise. Compounding matters, they have to decarbonise despite being under strain. Between demonetisation (2016), the botched rollout of GST (2017), the cash crunch (2018), the first COVID-19 lockdown (2020) and the second one (2021), most companies are struggling.

The outcome is one where larger companies might make the shift – but smaller ones will struggle.

“Since domestic lending to industry has collapsed in the last half-decade with the NPA crisis and its legacies, access to foreign capital has become crucial for companies looking to grow quickly,” said Rohit Chandra, an assistant professor at IIT Delhi’s School of Public Policy. “Unfortunately, foreign capital generally comes to a very small set of Indian firms and regions.” ESG norms are likely to exacerbate this inequality, he said.

The drying-up of bank credit to industry has resulted in a steady de-industrialisation of the #Indianeconomy. The industry’s share in India's #GDP declined to multi-decade low of 26% in CY20/FY21, down from 31% in CY13/FY14 according to data from Asian Development Bank. pic.twitter.com/GjWvuiLLtN

What will happen next? With only a few firms able to sell in decarbonised markets, will the rest compete in India’s domestic market? In that sense, will the world split into two markets – one green, but not the other? Or will the country see further consolidation of economic power with a few? In which case, what happens to the rest?

What does all this mean for the economy itself?

India, said Ghosh, is “teetering at the edge of a financial crisis. We are very fragile and vulnerable right now. I do not know if this will push us over the edge.”

This article was first published by CarbonCopy. Read the original here.