Who Is Eating out of the World's 'Pangolin Pit'? 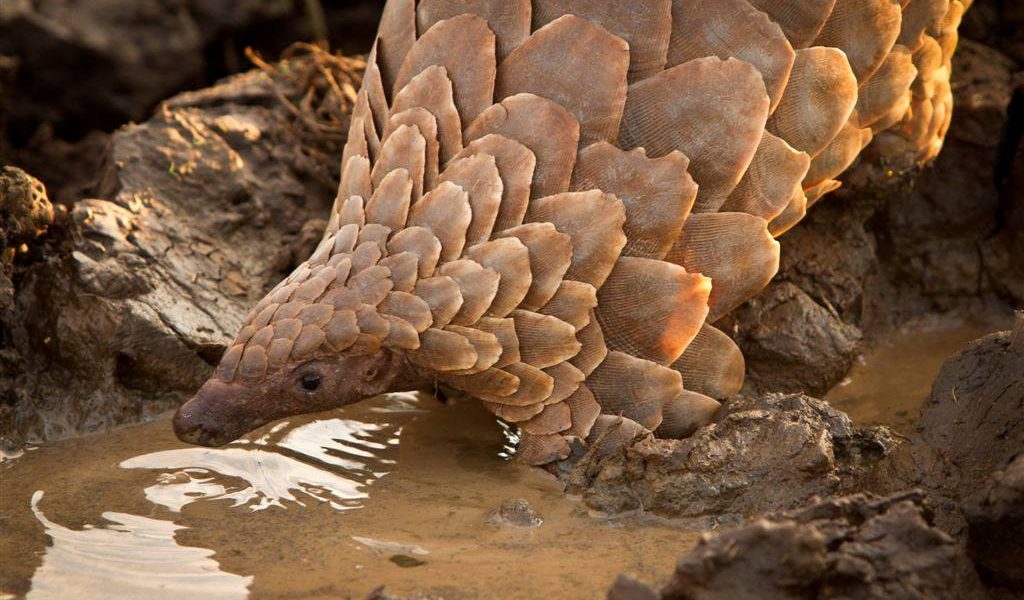 As a wildlife biologist, walking through a tropical forest ensnares me with the exciting possibility of seeing a tiger or a pangolin. But the same forests have snares and traps that make the scale of illegal wildlife trade very noticeable. You know of tigers but what of the relatively obscure pangolin?

The pangolin fossil record goes back 45 million years, when giant penguins were of human height and prehistoric whales left land to live in the sea. But fast forward to the present day and a google search reveals that pangolins are one of the world’s most trafficked mammals.

My assistant, who walked the forest with me, told me that he had killed two pangolins in the past. They were skinned and the usual sequence of events followed. A trader from a city came to buy the skins. The price he got was lower than the value of what the trader ultimately got. My assistant could’ve done with some more money compared with the trader who was supplying it to a rich consumer in a far-off country.

While much has been said about wildlife poachers like my assistant who often don’t have enough, not much has been written about the role of consumers who usually have much more.

I wrote to a colleague in Malaysia; he wrote back saying, “There are enough stories out there.” The photojournalist Paul Hilton’s image, which was in my inbox, showed a facade of frozen fish with 4,000 pangolins defrosting. But Hilton’s photo had a message straight from the ‘pangolin pit’, its title: that wildlife crime will stop “only when the demand stops”.

So what is our part in the global pangolin pit? In 2016, Sarah Heinrich of the University of Adelaide and her team showed that the US is a dominant player in the legal global pangolin trade, primarily as an importer of pangolin products. The next year, Heinrich and colleagues published a report on the illegal trafficking of pangolins. Between 2010 and 2015, they found 127 separate incidents of illegal pangolin trafficking related to the US. While large consignments of pangolin scales went exclusively to China (and the demand is very high), the illegal trade in pangolin parts was destined exclusively for the US. In fact, 80% of the trade in body parts was from China and Vietnam, and they were destined almost exclusively for the US.

It makes for speculation that perhaps pangolins are only eaten by a niche community, of Americans of Chinese ethnicity. “Pangolin skins have a very unique and ‘exotic’ pattern that is highly coveted in the fashion industry – this trade is now illegal – for wallets, belts and cowboy boots,” Heinrich clarified. In the wild, their hard scales and thick skins are protection against the 200,000 ants that they eat per day. It is somewhat ironic that their self-defence is also the nemesis of their survival.

Is wildlife trade a more general problem in the US? An article published in the journal Marine Policy in 2010 found that the US is the largest importer of marine curios. It also found that the high demand “for coral reef products creates perverse economic incentives that can undermine efforts to strengthen their management”. Not just corals; Barack Obama, the former American president, penned an executive order in 2013 stating that wildlife trafficking was an “international crisis”. He wrote that it was in the US’s national interest to address wildlife trafficking because of its role in “contributing to the illegal economy, fuelling instability and undermining security.”

There have been some better known efforts to combat wildlife trade in the US. Operation Chameleon, upon which the 2008 book Lizard King is based, was a five-year investigation conducted by US special and regional agents to trace the serpentine routes of cold-blooded contraband that reached the US. Twenty years later, Steve Chao, a journalist who has tried to infiltrate the wildlife ring of some of the released members, wrote that the wildlife trafficking situation may just be getting worse.

Consumers are changing the dynamics of illegal wildlife trade on the ground. The book Conservation from the Margins (2018) showed how poaching in India is shifting from tigers to smaller species like pangolins. It was not surprising when my assistant revealed that he had not poached a tiger but had got two pangolins. (Disclosure: The author is one of the editors of the book.)

The poacher and consumer come home to different realities. To try and run his home, my assistant worked a small tea and snack shop in his village. He had to close his shop as he did not have enough money to restock supplies. But for the consumers of illegal wildlife products, the tags on our belts and boots do not reflect the true price and consequences of our actions.

Nandini Velho is an Earth Institute Fellow at Columbia University.