When and From Where Did Black Pepper Come to India?

The findings of a new study put to rest theories which claimed that pepper had gone out of peninsular India to the rest of Asia. 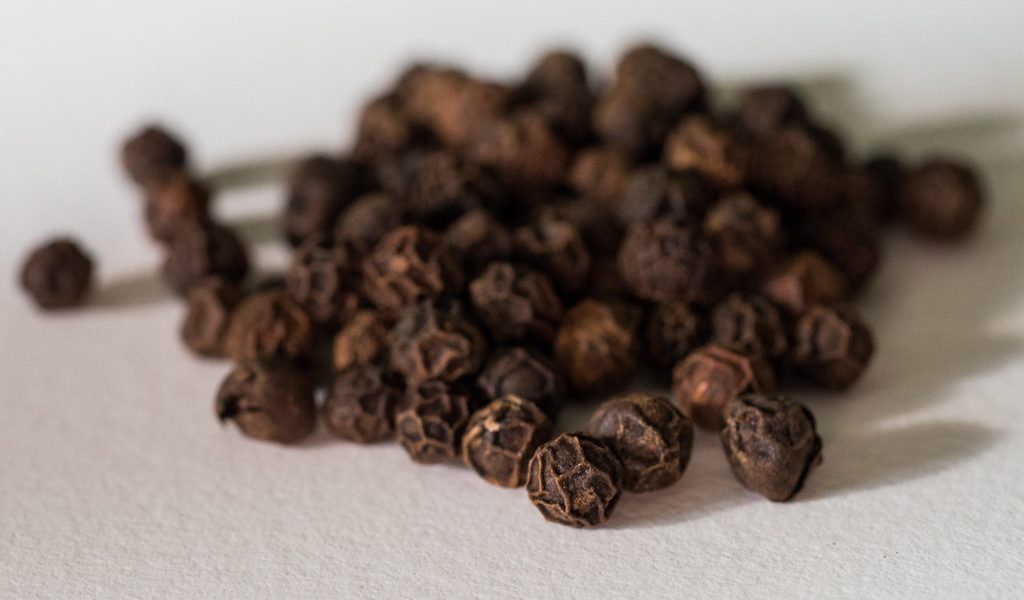 A new study has, for the first time, thrown light on when and from where black pepper (Piper nigrum) had come to India. The species arrived into India from Southeast Asia during the Miocene Age (23 million to 5 million years ago).

The findings also put to rest alternate theories that the precious spice had gone out of peninsular India to the rest of Asia.

The Indo-Canadian team of scientists who reported these findings said the Indian peninsula’s biodiversity has fascinated them because of its links with the ancient super-continent, Gondwanaland. Its rich biodiversity is the result of long-term evolution under a complex geological history and the tropical climate, the new study says.

Once a part of Gondwanaland, peninsular India separated from Africa and started drifting away from Madagascar by the late Cretaceous Period (Mesozoic Era) 99-66 million years ago (MYA) and collided with Eurasia between 55 and 42 MYA. The two plates joined between 45 and 35 MYA, giving rise to the Himalayas.

The chain of geological events — the isolation of the Indian plate after it split from Madagascar and its second separation from the rest of Eurasia triggered by the Himalayas after it crashed into the Eurasian plate – also meant that some species remained in-situ in the Indian continent and diversified from there, said the scientists.

The Indo-Eurasian collision resulted in several species dispersing into and out of the sub-continent and several species from early (Gondwanan) Africa reaching Eurasia and later the Indian peninsula.

In the new study, a team from India and Canada tested which of the two hypotheses were correct – that black pepper (Piper nigrum) had arrived in India after the collision of the Indian and Eurasian plates, or whether the plants had gone out of India to the rest of Asia. The second theory means that the rafting Indian plate already had some species from the genus Piper, which later went out into the rest of Asia.

The scientists, from the Ashoka Trust for Research in Ecology and the Environment (ATREE), Bengaluru; Manipal Academy of Higher Education, Karnataka; Concordia University, Montreal; the Quebec Centre for Biodiversity Science, Quebec, and the Jawaharlal Nehru Tropical Botanical Garden and Research Institute, Trivandrum, had selected black pepper for their study because it grows across all tropical regions in many forms, ranging from shrubs, tree-lets, climbers and hemi-epiphytes (those plants that grow partially on another plant). 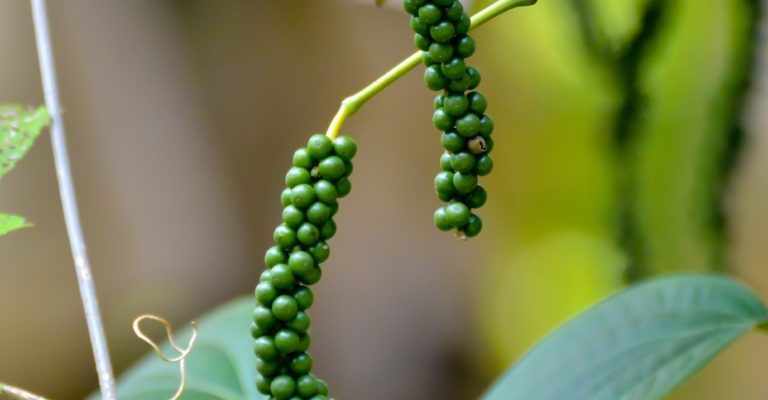 Globally, the genus Piper has more than 1,500 species, with more than 600 species found in Southeast Asia, out of which 21, including three new ones from the Western Ghats, are in the Indian peninsula.

The team analysed leaf samples of the Piper species collected from India’s Western Ghats, Eastern Ghats, northeast region and the Andaman and Nicobar Islands for their genetic and evolutionary links. They found that pepper had, independently, colonised peninsular India five times from Southeast Asia, starting from the Oligocene geological epoch. The two major dispersals into India occurred during the period between 27.3 MYA and 15.5 MYA.

The team also identified species that seemed to have been formed relatively recently, possibly less than 10 MYA, a time that “coincides with intensification of the monsoon climate with seasonal weather conditions in peninsular India. This monsoon-driven climate change might have given enough opportunities for these species to diversify within the wet evergreen forests of the Western Ghats, creating novel habitats and forming insular environments which can promote allopatric speciation (geographic speciation) by limiting migrations,” the report says.

Sandeep Sen, one of the members of the study group and a research scholar at the Academy for Conservation Science and Sustainability Studies, ATREE, explained to Mongabay-India that this was the first time that scientists had shown that black pepper had come to the Western Ghats during the Miocene era.

“Piper nigrum is thought to have evolved in the Western Ghats, but we did not have much data to say so,” he said.

The new study has provided evidence to the fact that it had come to India from Southeast Asia in four or five waves, along with on “when” and “how” the species diversified. “We found many species in peninsular India along with P. nigrum which might have evolved as soon as the monsoon intensified (~9 MYA).”

Sen said that while scientists had not seen a direct link between the pepper species and Gondwanaland, the study did show its links with Eurasia. And, he says, scientists reported the presence of one species in Western Ghats with morphological affinities to the South American forms.

“Our results indicate that ancestors of Piper species had arrived in India from Southeast Asia multiple times, out of which two lineages started radiating, that is, they kept evolving into several species due to favourable conditions,” Sen said.

Black pepper in past climates

These multiple dispersals of pepper occurred at a time when majority of the land mass of peninsular Indian was covered with tropical evergreen forests, which provided connectivity and favourable conditions for these species to come in and diversify, he added.

According to Sen, while several data sets on pepper were available, to date the biological and geographic affinities of plant groups had not been studied well. “This study, for the first time, shows that P. nigrum originated in the Western Ghats during Miocene era.”

“It has long been known that many of species in the Western Ghats have affinity with Southeast Asia, but only recently have we been able to explicitly show it using molecular tools,” said K. Praveen Karanth, professor at the Centre for Ecological Sciences, Indian Institute of Science, Bengaluru. 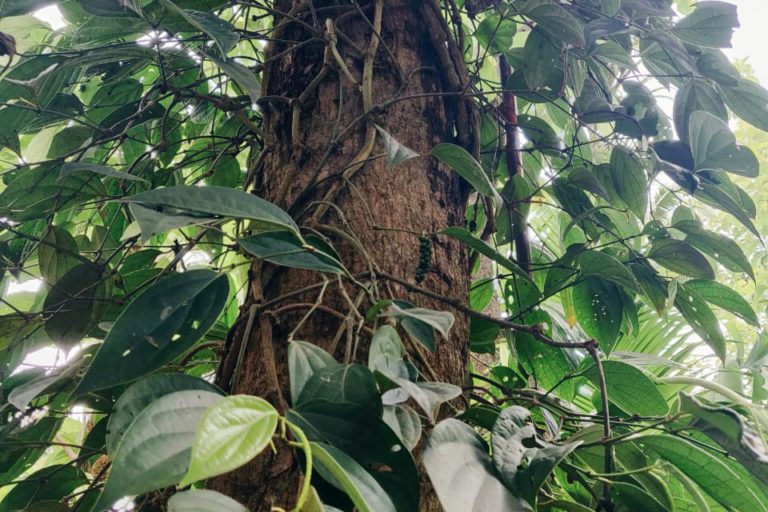 “This is perhaps one of the first studies undertaken on plant systems that clearly demonstrate that endemic Indian pepper originated from Southeast Asia,” he said. “This pattern has been shown in many animal groups. Another result that is interesting here and has been shown in other groups is that after the dispersal, one of the lineages underwent rapid radiation, giving rise to many endemic species,” he added.

Karanth’s team has worked with plant species groups that have affinity with African groups and found an interesting pattern here. “The African elements are younger and are distributed predominantly in the dry zone, whereas the Southeast Asian elements are older and are predominantly wet forest species,” he said. It means that the African elements had been dispersed into peninsular India more recently, less than 10 MYA from Africa, whereas Piper migrated from SE Asia much earlier, 25-15 MYA.

“The species that have adapted to predominantly dry zones have dispersed recently from the African dry zone, and the Indian dry zone was established more recently. “Until around 25 MYA, much of India was forests; that is when SE Asian species came in,” he explained.

Sen and his colleagues had earlier also studied how the projected climate change would impact the distribution of black pepper in the Western Ghats.

Their study shows shifts in ecological niches in the future climate scenarios.

“Both the projected future climate scenarios have predicted a reduction in the habitat of P. nigrum in Southern Western Ghats, which harbours many wild accessions of P. nigrum. Our results highlight the impact of future climate change on P. nigrum and provide useful information on designing sound germplasm conservation strategies for P. nigrum,” it said.

The Western Ghats are presumed to be the centre of diversity of P. nigrum and the only remaining source of its wild germplasm, their report points out. Piper nigrum is cultivated widely in India, Brazil, China, Africa, Sri Lanka, Vietnam, Malaysia and Indonesia, and is the second most widely traded spice in the world.

The report also cites a series of previous research to point out that the wild relatives of crop plants are important sources of genetic material harbouring genes or traits related to pest resistance and drought tolerance – traits much in demand in the context of plants’ resilience to climate change – and can be crossed with domesticated ones to produce new varieties.

India’s Western Ghats is home to most of the related species of P. nigrum and “in recent years, Western Ghats has been subjected to intense land use changes and habitat alterations, resulting in extinction of many wild populations of P. nigrum”, it says.