What Would Happen If the Oceans Are Completely Covered With Plastic?

If plastic litter were to cover the ocean’s surface, it can have ripple effects on marine ecosystems and affect the planet’s climate system, scientists warn. 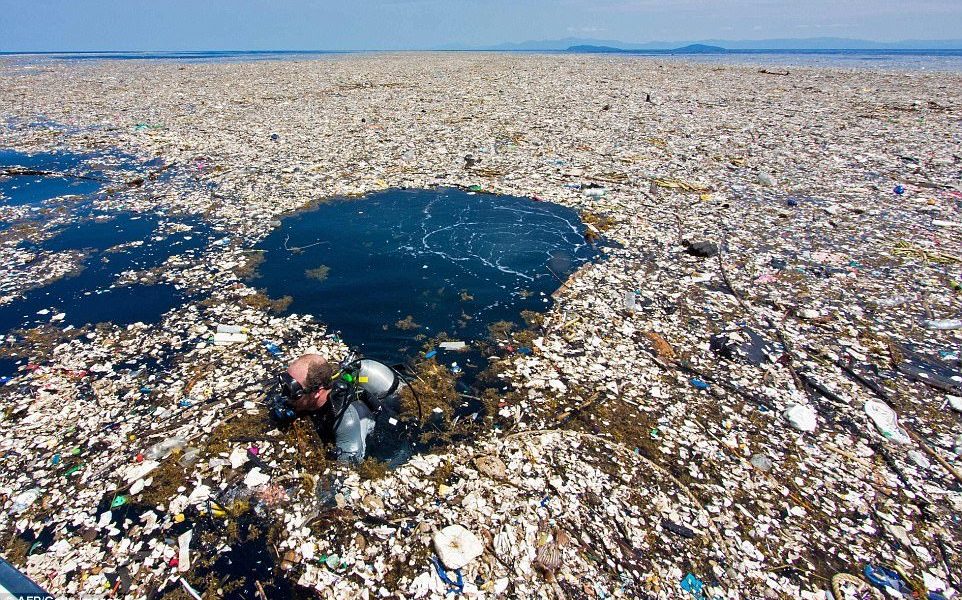 That single-use plastics in oceans can affect coastal habitats, marine organisms and even seafood, is today well documented. But can small fragments of plastic bags and straws change large-scale oceanographic processes?

Scientists from the Indian Institute of Technology, Bombay (IITB) and thePhysical Oceanography Division in the National Centre for Polar and Ocean Research (NCPOR) suggest that this is a distinct possibility.

In a research note published in the journal Marine Pollution Bulletin, scientists argue that plastic fragments in the ocean have the potential to affect (among other things) solar radiation, or how light and heat travel in the ocean. The effect, the scientists suggested, could be local, changing a small part of the water column, or widespread, affecting climatic conditions.

Oceans cover approximately 71% of the earth’s surface. Physical characteristics of ocean, such as currents, sea surface temperatures and salinity affect much of life on the planet from tidal cycles to climatic events.

“Ocean physical properties are some of the building blocks and drivers of many observed global weather and climate phenomena,” observed Renjith Vishnu Radhan from IITB, lead author of the paper. “For example, oceanic processes have a profound influence on the Indian summer monsoon, which impacts the livelihoods and lives of millions,” he added.

In the business of profound influence, plastic is no lightweight either, having transformed our economic and social systems. But as the world is increasingly realising, this invention is also proving to be a great nuisance.

“Even though plastic is a wonder material which has found various applications since its inception, this has also paved the way for a throw-away society and resulted in the deliberate as well as in-deliberate accumulation of plastic materials in both the terrestrial and marine environment,” Vishnu Radhan said.

In the past decade, scientists have concluded that in the oceans, this accumulation results in everything from direct harm to marine animals like sea turtles, to leaching toxic chemicals that are ingested by fish that then make their way into human food systems.

“Our planet and global oceans are finite spaces,” said Vishnu Radhan, pointing out that oceans can tolerate some amount of natural and human-made perturbations. He called this the ocean’s assimilative capacity.

“So, where do these plastics go?” asked Vishnu Radhan. “These plastics start accumulating in the system and start choking it.”

It was this reality that prompted the researchers to ask what all this accumulated plastic would do to the physical processes of the ocean? Vishnu Radhan explained that the paper was centred around a really simple question. What would happen to the oceans when they are completely covered with plastics?

There is no definitive answer to this question, because no one has really studied it. But Vishnu Radhan and his colleagues offer a theoretical answer by focusing on one physical process in the ocean – solar radiation. Sunlight does two things in the oceans – light it up and heat it up. This, in turn, does many things to the planet.

Also read: What Is Nature for the Kondhas of Damini?

Light traveling through the ocean column is a vital resource for several marine organisms, providing visibility for some, cover for others and allowing yet others to photosynthesise. These organisms, in turn, travel up the food chain sustaining life in the ocean. The heat from the sun travels downward but also horizontally, heating up the ocean surface. As the ocean surface gets hotter, water evaporates and eventually travels landward and falls as rain. This is largely how monsoon works in India.

But the ocean surface is not uniform across space or time. There are several living and non-living entities that float in the ocean: microorganisms, seaweed, soil and partially decomposing plant matter, and of course human 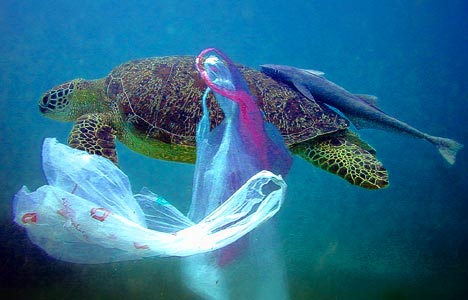 -made debris like bits of fishing nets. Depending on their reflectivity, all of these can either diminish light or enhance it. These materials are called Optically Active Constituents.

One such common, widespread optically active constituent is phytoplankton. Phytoplankton are basically microscopic algae that can photosynthesise like plants, by fixing sunlight. There are several species of phytoplankton, varying in size and shape. They’re found in all oceans. A little similar to plastics.

If plastic waste which comes in as many shapes, sizes and colours were to become as abundant as phytoplankton, they could affect the ocean surface similarly. And at the current rates of plastic accumulation in the ocean, this is entirely possible, conclude the authors.

“We hypothesise that plastic accumulation can affect the light and heat penetration on the ocean surface,” asserted Vishnu Radhan.

Without an actual study proving this, what stops such a hypothesis from being wildly speculative?

Of course, since plastic has not yet covered an entire ocean’s surface, it is a little difficult to find data from the field to support the researchers’ hypothesis. But in the note, the researchers point to several past studies that have studied the reflectivity of different plastic substances (such as PVC or PET) to show that by and large, most plastic substance show the potential to inhibit light.

Which means like phytoplankton, plastic can potentially trap light at the ocean’s surface, warming the surface even more, and cooling the sub-surface even more. But unlike phytoplankton, plastic can last for centuries on the surface. Over time, the researchers conclude that plastic accumulation can make oceans warmer and interfere with the earth’s climate cycle.

The point of the entire note is to pave the way for detailed studies of the impacts of plastic pollution on larger oceanic processes, said Vishnu Radhan, but he stressed that it was not just a call to the scientific community.

“The plastic pollution problem is also classified as a wicked problem. A wicked problem is one posing challenge that currently seems to surpass our ability to tackle them. To tackle this problem, we need combined, collective, and interacting efforts of citizens, policymakers, and governance systems,” he signed off.