What Did the Harappans In? Not a Simple Drought

Researchers report that the monsoons may not have been directly responsible for dissipating the Harappan settlements as much as what they drove in turn: changing which crops were planted. 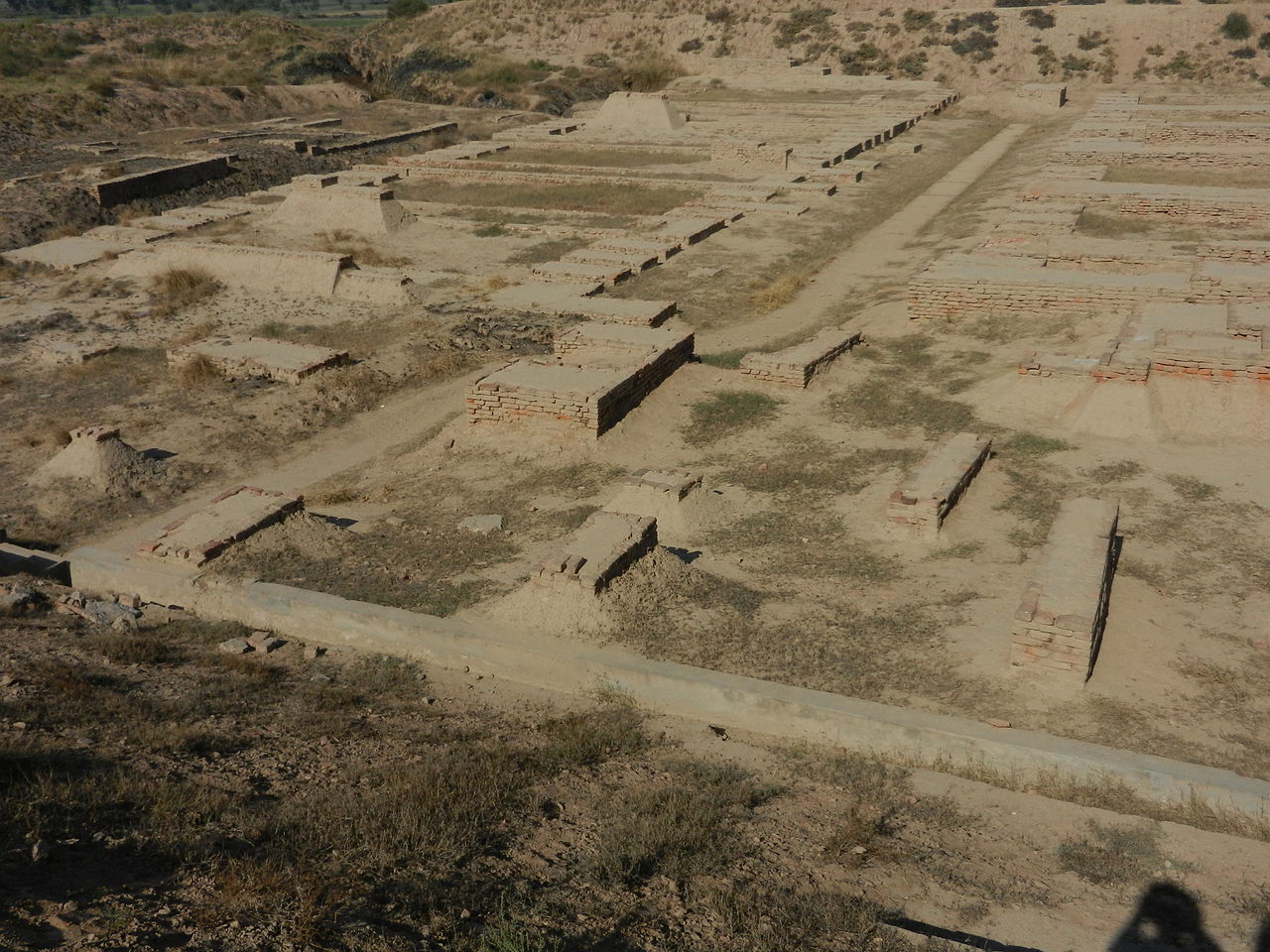 The Indus Valley, or Harappan, civilisation was an expansive human settlement along the banks of the Indus and Ghaggar-Hakra rivers from around 3,500 BCE, occupying large parts of what are Gujarat, the Indus valley and northwest India today. The civilisation’s many advancements, especially in urban planning and engineering, have had it occupying the pride of place in India’s history as a sign of our own advanced knowledge systems.

Around 1,300 BCE, the civilisation petered out for reasons that aren’t entirely known. A change in monsoon patterns has been the prime suspect. However, the lack of continuous climate records from the time has prevented scientists from confirming this suspicion, leaving the civilisation’s dissipation a matter of debate.

Now, a new study by a group of researchers from around India, led by Anindya Sarkar from IIT-Kharagpur, hopes to narrow the speculation. They studied oxygen isotope levels in animal teeth and bone phosphates from a trench discovered in Bhirrana, a village in Fatehabad, Haryana, in 2005. The results of their analyses were published in the journal Scientific Reports on May 25.

According to them, the isotope levels at various depths in the trench in Bhirrana, together with analyses of surrounding rocks and the soil, are a proxy for continuous records from the time. The researchers also report that the monsoons may not have been directly responsible for dissipating the settlements as much as what they drove in turn: changing which crops were planted.

The rains were suspected at all because areas where the civilisation’s denser centres once thrived are now semi-arid and receive little rain. Moreover, the monsoons have varied throughout the geological epoch we currently live in. Multiple studies in the past have tried to link up such variations with changes in Harappans’ activities but not with complete success.

To the researchers’ credit, they found that the monsoons had started to decline some 4,500 years before the Harappan civilisation vanished, even before it had peaked even. Specifically, they found that monsoon rains intensified between 9,000 and 7,000 BCE before steadily declining between 7,000 and 2,000 BCE. The first 2,000 years of intensifying rains could’ve set up the civilisation for its initial expanse, feeding river valleys and riparian ecosystems, before the decline together with the settlements could’ve left them running low.

The researchers conclude in their paper that there might not have been one single event that drove the Harappan decline – as well as that the Harappans might have even adapted to the weakening monsoons. Instead, they write up another adversary: shifting subsistence strategies and their effect on storage systems. Quoting from the paper:

… the Harappans shifted their crop patterns from the large-grained cereals like wheat and barley during the early part of intensified monsoon to drought-resistant species of small millets and rice in the later part of declining monsoon and thereby changed their subsistence strategy. Because these later crops generally have much lower yield, the organized large storage system of mature Harappan period was abandoned giving rise to smaller more individual household based crop processing and storage system and could act as catalyst for the de-urbanisation of the Harappan civilization rather than an abrupt collapse as suggested by many workers.