What Does a Second NDA Term Entail for India's Environmental Policies?

In the last five years, the NDA government introduced a series of changes in the country’s environmental and forest laws which diluted laws meant to protect tribal rights and opened up the forests for private players.

The rain comes down over Jamonia Johar, Madhya Pradesh, in July 2013. Credit: tataimitra/Flickr, CC BY 2.0

With the renewed mandate that the National Democratic Alliance (NDA) government has received, there is a likelihood of it continuing its environmental policies, focusing on the ease of business and simplification of green laws.

The new government already has some major policy decisions on the table waiting for approval. These changes, some of which were proposed in the last 100 days, are related to the amendments in the Indian Forest Act (IFA) 1927, an overhaul of the Environment Impact Assessment notification 2006 and the new National Forest Policy.

In the last five years, the government, led by Prime Minister Narendra Modi, introduced a series of changes to the country’s environmental and forest laws which civil society groups have termed as a dilution of the rules, attack on tribal rights and opening up of the forest sector for private players.

In March 2019, the central government’s Ministry of Environment, Forest and Climate Change (MoEFCC) had proposed amendments to the over 90-year-old Indian Forest Act 1927 (IFA) and sent a letter to all states seeking their opinion. The proposed amendments recommended more powers to the forest authorities, encouraged large scale afforestation for carbon sequestration including involvement of private players and enhancement in penalties for protection of the forests.

Also read: Over 25 States to Pay Rs One Crore as Environment Compensation for Inaction on Plastic Waste Disposal

Civil society groups have already announced their opposition to these amendments stating that they will lead to further injustice for forest dwellers. The groups have promised to take the matter to court in case the government goes ahead with the amendments.

Besides this, the central government has also been looking at updating the national forest policy, the draft of which has already been made public but is yet to be finalised. The draft of the forest policy had also come under criticism for encouraging the participation of the private sector for undertaking afforestation and reforestation activities in degraded forest areas.

But that was not a stand-alone proposal as the central government in December 2018 came out with a report that talked about leasing of wasteland to the corporate sector for re-greening it. 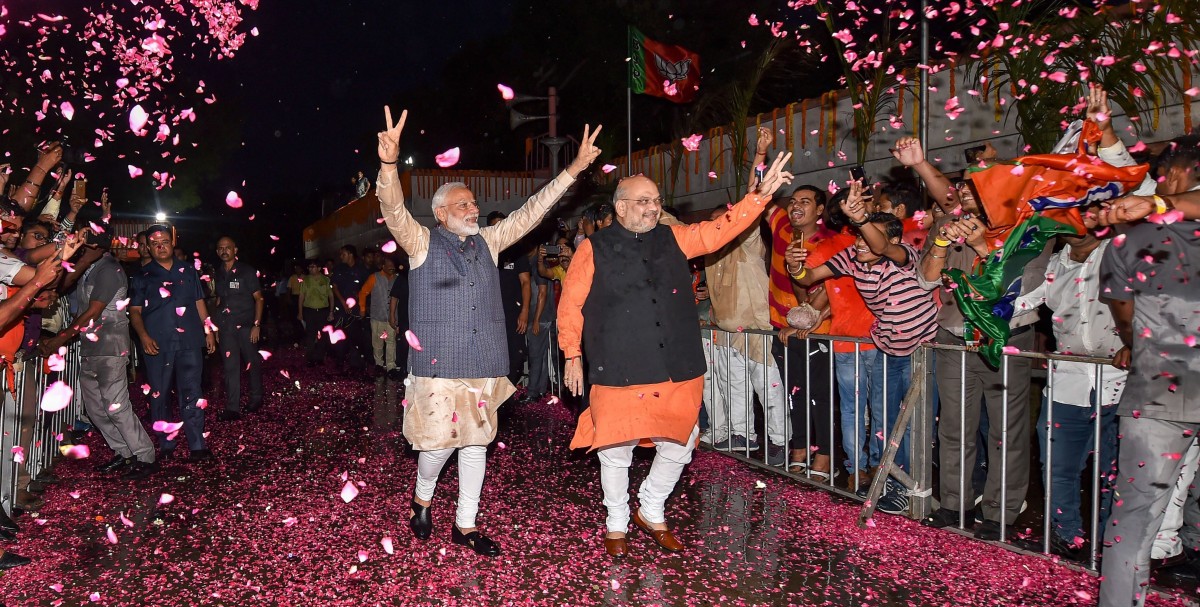 Subsequently, in April 2019, the MoEFCC turned its attention to another major environmental regulation – the Environment Impact Assessment notification 2006 (EIA) – which governs the environment clearance regime across the country.

The ministry has sent a zero draft of the proposed changes to replace the 2006 EIA notification with the 2019 version to all states, seeking their opinion.

However, the point of contention is the changes proposed in the zero draft notification. It contains changes that environment ministry has already tried to bring in the 2006 notification in the last two or three years but failed after activists approached legal forums.

“I think the government should have a rethink on it, keeping in mind the fact that proposed changes in both the laws – IFA Act 1927 and EIA notification – were circulated when elections were going on. One is for the environment while another one deals with tribal people and forest dwellers. What is left after this? The government should not go ahead with these two damaging changes,” Dutta said.

Failure to ensure proper implementation of the Forest Rights Act 2006, during its tenure, was another issue for which Modi government came under heavy criticism. A prominent example of the government’s apathy towards FRA was the recent case in the Supreme Court where eviction of millions of tribal and forest dwellers was ordered. However, after public pressure, the central government did approach the court for a review and the decision was stayed.

But these are not the only changes that the central government has brought in the environmental sector in the last five years. It carried out a series of changes in India’s environmental laws to simplify them and make it easier for the industry to get green clearances – a promise made by Narendra Modi before he became the prime minister in 2014.

Due to these decisions, the average time for processing green clearances has already come down to 180 days from 580 days. The government’s target is to bring it under 100 days. 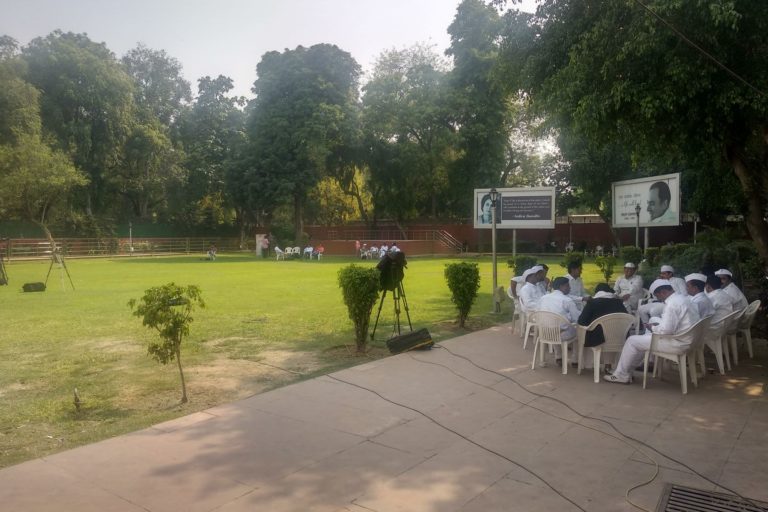 A deserted headquarter of Congress in New Delhi after their poor showing in 2019 elections. Credit: Mayank Aggarwal/Mongabay.

Earlier this year, the government also replaced the Coastal Regulation Zone notification 2011 with CRZ 2018 which means opening up of the country’s 7,500-kilometres coastline to heavy infrastructure development, benefitting the real estate and tourism sector, while threatening sensitive coastal ecology and interests of the fishermen. The process for this change had started as early as June 2014.

However, the government, after years of intense pressure from courts as well as the public, recently came out with a national plan to tackle air pollution across India. The issue had also become a major topic for most of the political parties in the 2019 elections.

“The NDA government’s period (last five years) has seen a great deal of dilution and undercutting of the country’s environmental and forest rights regulations. Some of the changes they wanted were halted by the opposition, but may come up again now,” said Shankar Gopalakrishnan, who is the secretary of the Campaign for Survival and Dignity, a national platform of forest dwellers groups.

“If the changes that the first NDA proposed, especially those over the last year, are brought into force, we will see a major erosion of both environmental protection and the rights of tribals people and forest dwellers. But we can also expect that, as in 2014-15, these efforts will be contested,” Gopalakrishnan told Mongabay-India.

India is already among the bottom five countries on the Environmental Performance Index 2018, ranking 177 among 180 countries. In 2016, India was ranked 141. Now, the green policies of the NDA government, during its second tenure, will decide where India will rank in the coming years.

Ritwick Dutta further said that “given the fact that in the last five years India was at the bottom in terms of the environmental index and nothing concrete was done for environment … one can hope that now something will be done for the environment.”

Will agriculture stress be a focus area?

In December 2018, several months before the 2019 Lok Sabha elections, the importance of rural stress and farmers issues during the election discourse was felt. BJP lost power to the Congress in Chhattisgarh, Rajasthan and Madhya Pradesh and agriculture was termed as one of the major issues behind those results.

As a result, in the budget in February, just ahead of the 2019 elections, the central government announced a series of measures focused at easing the problems in the agricultural sector. In the later months, the manifestos released by nearly all the major political parties focused on agriculture. 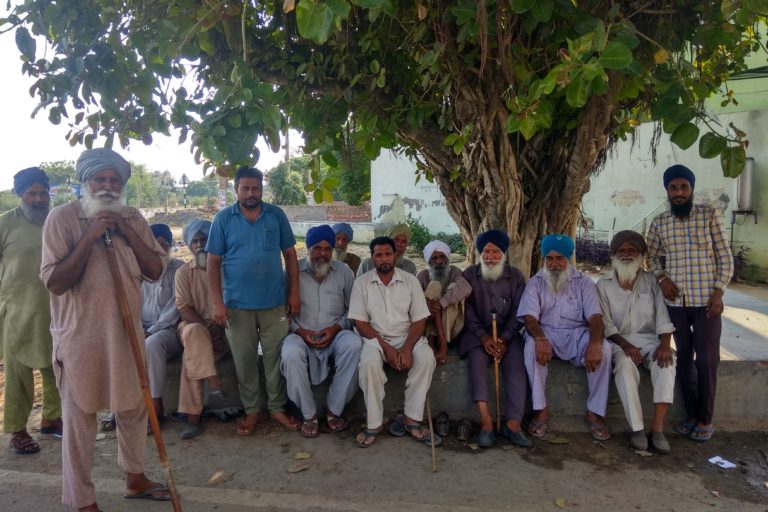 Even after the results of the 2019 elections, the agriculture stress may not see an end due to issues like farmers not getting the right price for their produce, farm loans and poor rainfall impacting crops.

Also read: Study Suggests There May Be No Tigers in the Sundarbans by 2070

“The results of the 2019 elections are a proof that election in India can be won even after ignoring the interests of farmers and labourers. I am saying this because these issues were not at all a part of the discussion during this election.

The BJP-led government only fought on the issues of Hindutva and nationalism while the opposition could not properly raise the issue of farmers problems. The win does not mean that the problems of farmers are resolved. Even the promises made to farmers by BJP in 2014 are far from fulfilled,” Vijay Jawandhiya of Maharashtra Shetkari Sangathan told Mongabay-India.

“Now what remains to be seen is what steps Modiji’s government would take for the farmers in the next five years as they had promised to double the income of farmers by 2022. Will it lead to more jobs for the labourers or will the farmers get a price for their produce? Modiji should answer these questions in the next five years and opposition parties should consistently raise these questions,” he said.