What Lies Behind Environmental Law Making 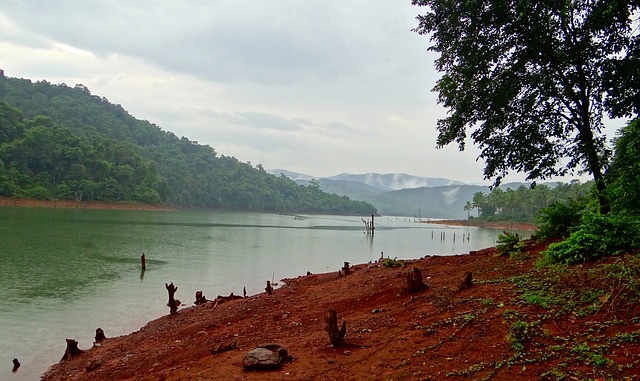 The Kali river on the Western Ghats. Credit: Sarangib/pixabay

Even before the new government came to power in India in mid 2014, the narrative of environment regulations being antithetical to economic growth had become a matter of national debate. Not surprisingly then, since June 2014 there has been a roll out of amendments to procedures that determine environmental approvals to industrial and infrastructure projects. On the one hand, the environment ministry has showcased its achievements in the unhindered clearance of projects. On the other it has sent out signals there would strict action against non-compliance of law.

In its latest proposal of its “reforms” agenda, the Ministry of Environment, Forests and Climate Change put out on October 7, 2015, a draft Environment Law Amendment bill for public comment for a period of 15 days. This time was just enough for many groups and individuals who work on environment law, policy and regulatory institutions to read the document and send their submissions in writing. Like in the case of most official ‘consultative’ processes that expect comments on legal documents made public rather suddenly, in this case too, many could not comment, or comment within the time frame or have the time to make it comprehensive enough.

But this is not the only concern with the proposed Bill. The close nexus of the actors involved in the construction of the Bill and the content of what is proposed both require a keen scrutiny.

The story of this amendment Bill goes back to the TSR Subramanian Committee that was set up to review six environment laws last year. The Committee’s work was not only criticized for its report but also for the selective meetings it held as its ‘consultations’ by groups such as the Legal Initiative for Forest and Environment. In July 2015, the Department-related Parliamentary Standing Committee on Science & Technology, Environment & Forests strongly questioned committee’s process and recommended that a new committee be set up to carry out the review.

But prior to the Parliamentary committee’s observations, the ministry had already set the ball rolling. In order to not repeat that mistake about process, the Minister Javadekar seemed to take extra precautions with the next steps. The ministry looked for another consultant to realise the recommendations of the Committee report. In January 2015, it invited proposals for this work. A document titled Request for Proposals (RFP), 93 pages long, was prepared for this, with elaborate sections on due diligence for the potential consultants, the requirement of experts from various fields such as extractive industry, environment and social development, the selection criteria and weightages, an entire section on “conflict of interest”, and a set of tasks the consultant would be expected to perform if chosen. Tasks for the consultant involved the “preparation of a Project Report and Drafts of Proposed Legislations in consultation with the Ministry”. This RFP was also put out on the Ministry’s website. So far, so good.

The shortlist or the results of this clearly outlined process for the selection of consultants to carry out the tasks, however, were not publicized on the Ministry’s website. It was reported by news articles in August 2015. As per the reports, the two firms “hired as consortium of consultants in the role of Technical Consultant’ are Ernst and Young and Amarchand and Mangaldas and Suresh A Shroff and Co. (AMSS).

Ernst and Young is a multinational firm that has had a history of doing Environmental Impact Assessments and consultancies in India since the 1990s. One of their EIA reports related to the Dandeli Mini Hydel Project in Karnataka, as revealed by the Environment Support Group in 2000, was a plagarised one.

AMSS is the largest law firms in India with expertise in corporate law with clients like Vedanta and Reliance as well as having appeared for legal cases faced by the Adanis on matters of fuel pricing and managing their high profile acquisitions of the Dhamra Port in Orissa and Lanco thermal project in Udupi.

AMSS’s expertise on environment law or policy or their accomplishments in this field is not known as the Ministry’s grounds for selecting them is not public yet, However, the Environment Minister seems very confident that the many cases of environment clearance decisions of the government pending before the National Green Tribunal (NGT) will be effectively handled now that this law firm that has been empanelled by the Ministry to defend them in legal challenges. Together E&Y and AMSS are also to deliver on the recommendations of the Committee and create a blueprint for new and amended environment laws.

Putting aside the matter of the drafters of the bill, the contents of the proposed amendments are hardly inspiring, It seems clear that this elaborate process hasn’t quite delivered in favour of those affected by environmental violations and damages. The scope of work of the Request for Proposal and the Terms of Reference requires many studies to be done to provide evidence for recommendations. But the amendment bill is devoid of any such evidence supporting the proposed clauses.

It leaves a hole in the place of a solid and well argued justification and method for creating a new taxonomy of environmental damages or impacts of environmental violations as ‘minor’, ‘substantial and ‘non-substantial’. T. Mohan, a lawyer who has fought numerous pollution cases in the Madras High Court and the National Green Tribunal calls this categorisation “delightfully vague”. Without the clear basis of differentiation of damages, this Bill can only be seen as a mere gesture for providing environmental remedies.

The Bill recognises or “caps” an upper limit of damages but does not establish a lower or “floor” limit. The floor or what is the minimum damage we are willing to bear is critical to determine what outcomes we would like to see from an environment regulatory system. Without a tight definition, there will be a tendency to list all violations, as ‘minor’ especially given the incremental nature of most project related violations. Encroachments, destruction of mangroves, river pollution and dust accumulation are all cases of violation that can progress on an incremental basis and small fines such as the proposed “on the spot penalty” of Rs. 1000-Rs 10000 are not adequate deterrents. These would be “minor violations”. With the current definition giving huge discretionary powers to an undefined authority and a unclear mechanism to identify minor violation, there is a danger that all violations will be categorised as ‘minor’ thereby levying the lowest penalties for the harshest impacts of violations and filtering them out of the adjudication system altogether.

The bill is all too quick to monetise environmental impacts caused by mining, port and other industrial projects in the interests of creating a ‘Fund’. The Technical Consultants may not be aware of the raging debates over Compensatory Afforestation Management and Planning Authority that have taken place since 2002. This Fund made up of monies collected from proponents of development projects for forest use has become a large pot while forest loss is still at shocking levels. While “polluter pays” is a crucial principle in environment law, the amendment bill reduces it to a routine process, which will neither help communities affected by industrial impacts nor act as a deterrent and reduce instances of environmental violations and irreversible damage to human health and the environment. Shibani Ghosh, advocate and legal researcher cautions that if fixed in advance, projects could even pass them on to consumers.

The Bill’s emphasis regarding the creation of an administrative adjudication system as the first avenue of appeal, before the NGT, flies in the face of the popular perception about the ministry. For the last year and half the ministry has consistently taken steps to curtail public participation, it organises “ease of business” conferences and has now employed a corporate law firm to fight cases on its behalf when those cases could be against the very corporates who are the firm’s clients. Yet it expects its proposal for an internal adjudication on project violations and damages caused to common people to be taken at face value.

The creation of this new mechanism draws no lessons from the limitations of environment appellate mechanisms set up and which shut down in the last two decades. The National Environment Appellate Authority before which environmental approvals could be challenged functioned as an understaffed body for all of its tenure and dealt with a handful of cases. The National Tribunal Act of 1995, which had similar adjudication functions as those being proposed, was never implemented after being enacted. Both these ceased to exist in 2010.

In today’s world of expertise based regulation and Public-Private Partnerships, ‘conflict of interest’ is a more of a problem of ‘optics’ than a legal issue. The Ministry of Environment is not new to this, as such complaints have chased them in the past too. So even if the ministry does not attach much significance to the question of the parties involved in this process of amending environment laws, their output i.e the Environment Law Amendment Bill, is worthy of a public discussion beyond the 15 day period.