What Can Odisha Do Better to Prepare for Disasters After Cyclone Fani?

Leading with unique initiatives, Odisha and its people have over the years mastered the craft of preparing for a natural disaster, but each disaster is also an opportunity to plan better and more efficiently. 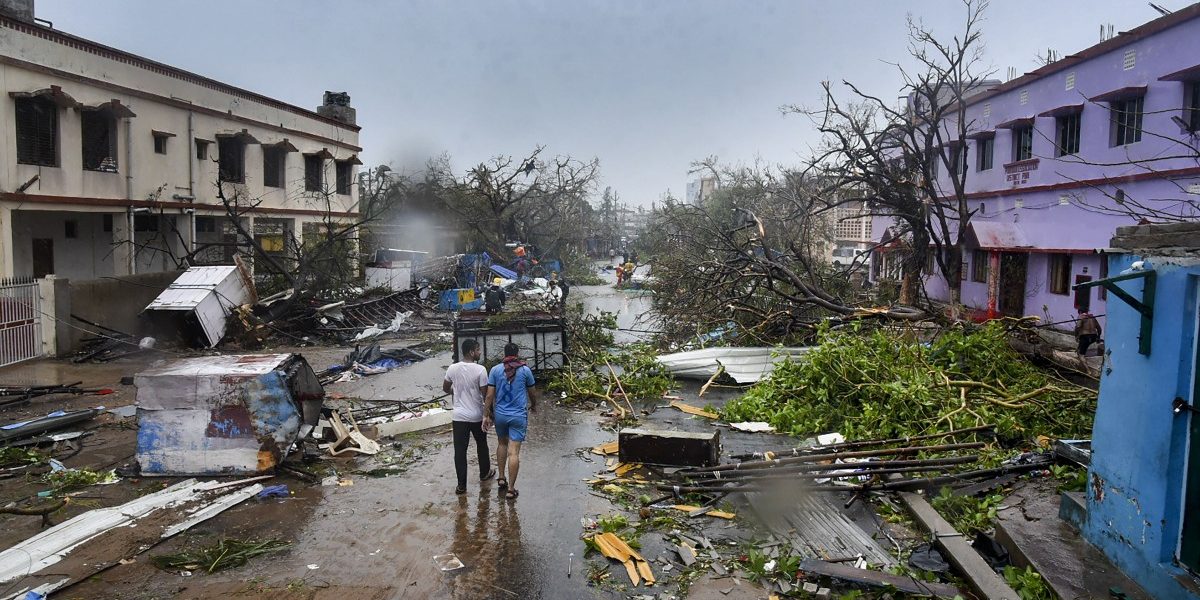 Fani, the severe cyclonic storm that battered Odisha on May 3, 2019, was a déjà vu moment in more ways than one.

The 1999 super cyclone remains etched in our collective memories as a grand dance of destruction. As a young boy, I was shocked when this apocalyptic event swept away almost everything in its path – people, animals, trees, electricity and telephone towers – and exposed the extreme vulnerability of a people to the whims of nature. Fani recreated that horror to another generation, and will hopefully help them prepare for future storms the way the 1999 event did.

It is safe to say that Odisha has learnt its lessons in disaster preparedness, management  and mitigation well. It undertook the biggest operation of its kind to evacuate 1.2 million people to safer places, and was plausibly the most successful one as well given the number of lives saved. In the past, the state has set similarly notable examples with the Phailin and Hudhud cyclones.

At this juncture, it would be useful to revisit what happened between 1999 and 2019 that can explain Odisha’s achievement.

Intergovernmental agencies like the Indian Red Cross Society (IRCS) have invested considerable efforts. Almost two decades ago, the IRCS – with inputs from its various international collaborators and with support from the Odisha government – started building cyclone shelters along the state’s coast. As a result, the Odisha Disaster Mitigation Programme, sponsored and technically supported by Germany through the German Development Bank and the German Red Cross, came to be implemented in two phases from 1995.

Specially designed multi-purpose cyclone shelters were built on high stilts to ensure the people would be safe even during sea surges and persistent water-logging.

Creating physical infrastructure alone doesn’t – and didn’t – count for much. So administrators prioritised an approach centred on social mobilisation and community: the people had to be sensitised about what was being done and how they could be an active part of it, to contain the effect of natural disasters. In the event of a natural disaster, the local population is the first line of engagement. If it is empowered, then the administration’s job and that of agencies like the Red Cross becomes easier vis-à-vis mitigating losses.

As a way to maintain the shelters in non-disaster periods, they were opened up to host anganwadi schools. People also planted fruit-bearing plants inside and around them, and any monetary benefit accruing to these shelters from such endeavours was distributed among the community’s members. As a result, the community became an active stakeholder.

Leading with initiatives like this, Odisha and its people have over the years mastered the craft of preparing for a disaster. Last week, they demonstrated their fluency once again by braving as potent a storm as Fani. This is exemplary.

However, it must be said that each natural disaster is a challenge as well as an opportunity to plan better and more efficiently.

For example, while the state administration spearheaded relief operations with support from the defence forces to ensure people had access to basic amenities, these successes were largely confined to rural parts.

The post-disaster response in urban areas – including in Bhubaneswar – hasn’t been very good. Access to electricity and water remain out of reach in large areas. Further, a lack of potable water and functional sanitation, together with animal carcasses lying in the open, could trigger infections and, possibly, epidemics.

To this end, the state could consider completely subterranean electric cables. In similar vein, it could also consider supporting research into developing disaster-resilient infrastructure and dynamic policy responses.

Another casualty, beyond the people and the infrastructure, is Odisha’s green cover. Between the two major cyclones in 1999 and 2019, precious little has been done to restore the plants and trees that were lost. The state should take concerted steps to remedy this.

Given that climate change is only going to precipitate more intense and more frequent extreme events, including cyclones, integrating its studies with urban planning and disaster management can ensure lasting benefits.

Bhubaneswar has an excellent knowledge ecosystem with major institutes of national eminence, both in the city and in its neighbourhood. A well-planned ‘government-academia-industry’ collaboration can benefit the state as well as the country.

Ultimately, I hope that we find in us the strength to move beyond Fani, but even as we strive to do so, our lessons should light the path for the world to deal with natural disasters in a better way.

Abhishek Tripathy is an IRS officer. While in law school, he interned with the German delegation to the Indian Red Cross in Odisha, which funded the Odisha Disaster Mitigation Programme. The views expressed here are entirely personal.