Continuous rain in parts of Maharashtra, Goa, and Karnataka has led to casualties and people being stranded. 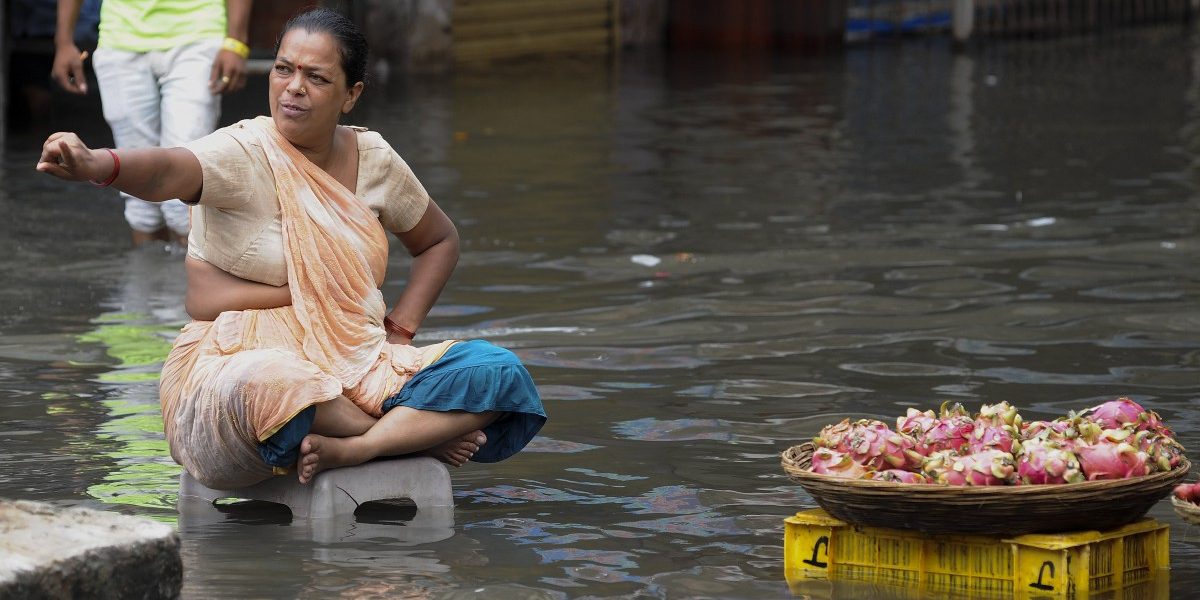 Several parts of Karnataka and Goa were also flooded, with reports of people being stranded and rivers overflowing reported from many areas of the three western states.

The national highway between south Kolhapur and Belgaum in Karnataka was shut for vehicular traffic due to water-logging in the area, Kolhapur Superintendent of Police Abhinav Deshmukh told PTI.

Kolhapur has been witnessing “unprecedented” rains, causing a flood-like situation in several tehsils, he said.

“On Monday, we shifted more than 4,500 people from low-lying areas, and today, over 6,000 people have been evacuated from several villages,” Deshmukh said.

Power supply to around 85,523 consumers was temporarily suspended as a precautionary measure, an official from the Maharashtra State Electricity Distribution Company (MSEDCL) said.

Teams of the National Disaster Response Force (NDRF), fire brigade, local administration and police have been roped in for help as some rivers in the district are flowing above the danger mark, Deshmukh said.

“An Army column (comprising around 60 personnel) has been summoned from Pune. They are likely to join the rescue operation in the district soon,” he added.

The district administration has also sought help from the Navy in the rescue operations, another official said.

An official at the collectorate said the situation this time was worse than 2005, when heavy rains pounded Mumbai and other areas of western Maharashtra.

The water level of the Panchganga river in Kolhapur crossed the danger mark of 49 feet. “It was flowing at 52 feet level on Tuesday,” he said.

Due to incessant rains in western Maharashtra, the district administrations of Pune, Satara, Kolhapur and Sangli declared a holiday for schools and colleges on Tuesday, sources said.

Some parts of Satara and Sangli were also flooded as the water level of the Krishna river rose following heavy rains, another official said.

Several thousand cusecs (cubic foot per second) of water was being released from Koyna and Radhanagari dams, leading to rise in the water levels of the Krishna and Panchganga rivers, respectively, he said.

The Krishna river further flows into north Karnataka where the Almatti dam is built over it.

The water resources departments of both Maharashtra and Karnataka have in joint coordination increased the release of water from Almatti to 3 lakh cusecs to ease the situation, he added.

One dead in Karnataka

One person was killed, while schools were shut and bus and train services cancelled in parts of several districts of Karnataka as the flood situation worsened in the southern state on Tuesday.

Belagavi bore the brunt as water from the Koyna dam in neighbouring Maharashtra gushed into the Krishna river.

According to police, a 25-year-old man was killed at Hoskote in Bylahongal taluk of Belagavi district when the wall of his house crashed on him.

Besides the Krishna river, the Markandeya, Ghataprabha, Malaprabha and Bheema rivers are in spate, wreaking havoc in many parts of the state.

Water from the Markandeya river gushed into Gokak and Hukkeri in Belagavi, reports said.

The districts hit due to the torrential rains and subsequent flooding are Belagavi, Vijayapura, Yadgiri, Raichur, Bagalkot, Hubballi-Dharwad, Shivamogga, Kodagu and Uttara Kannada. 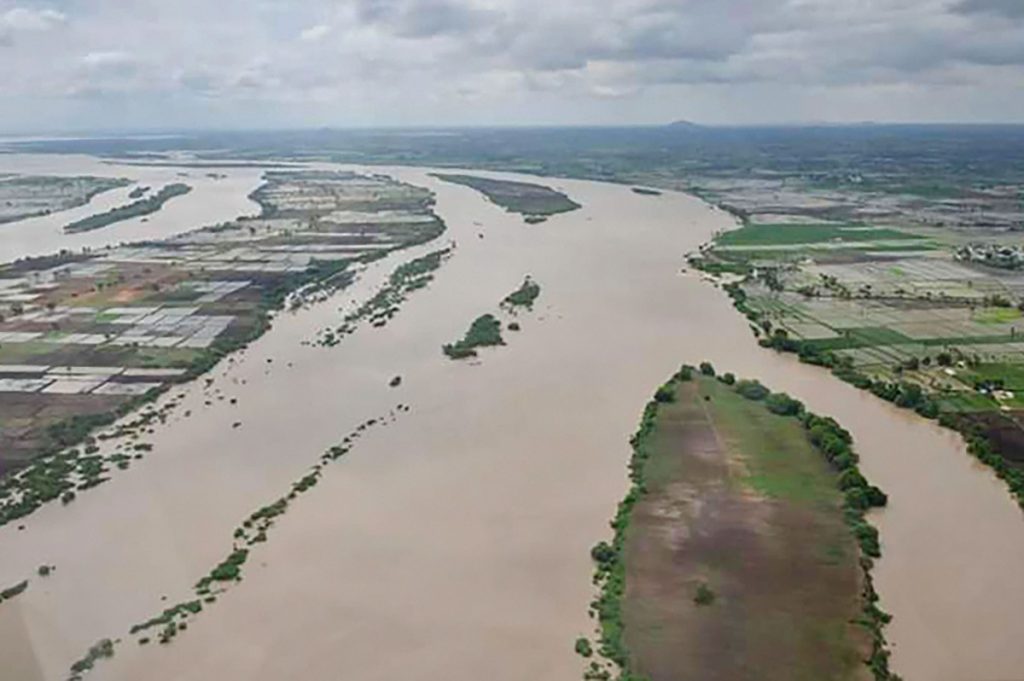 Several people were stranded at Diwar Island near Panaji due to flooding in the area following incessant rains in Goa.

Besides, eight passenger buses were stuck on the state’s border with Karnataka due to the heavy rains which inundated several low-lying areas, officials said.

Local resident Manohar Bhomkar, 70, who was stranded at the Diwar Island, posted a video on social media of some water-logged homes on the island, following which state water resources minister Filipe Neri Rodrigues said the government would provide all help to them.

The exact number of those stranded at the island was not immediately known.

In the video, Bhomkar said due to breach in the embankment of a nearby river, water gushed into their homes.

“There is flood everywhere. The embankment has breached and water is entering the island from all sides. We have been stranded for four days,” he said in the video.

Rodrigues said the government was making all efforts to help those stuck due to flooding at various places.

“We will also provide assistance to people at Diwar Island,” he said.

The island is located across the Mandovi river near Panaji and its residents have to use boats to reach the state capital and other places.

However, following heavy showers, the state river navigation department suspended the ferry service to some places, including Diwar Island.

The coastal state has been receiving heavy showers for the last one week, throwing normal life out of gear.

Around eight buses carrying several passengers, including students, were stuck on the Goa-Karnataka border since Monday night due to flooding in the area after heavy rains, an official in the Chief Minister’s Office (CMO) said.

Chief minister Pramod Sawant instructed the officials concerned to rush to Radhanagari village on the state border with Karnataka to rescue the stranded passengers, he said.

“Our teams have rushed to the spot with water and food for the stranded passengers,” the official added.

Earlier, around ten people stranded at their water-logged homes in Pilgaon village of North Goa district were rescued by personnel of the disaster management department on Monday night.

Several families were also evacuated from some villages in Bicholim taluka where homes were inundated following the heavy downpour, he said.

Besides, around 15 families stranded due to flooding at their homes in Usgao village were also rescued on Tuesday afternoon, he said.

In the morning, Sawant conducted an inspection of some flooded villages in low-lying areas of North Goa and parts of the state capital Panaji to assess the situation.

The Mandovi river in the state crossed the danger mark on Monday night, causing flooding in some villages of Sattari taluka in North Goa, another official said.

Besides, Sonal village in Sattari was cut-off from other parts of the district after heavy downpour in the area, he added.

The weather department has forecast heavy to very heavy rainfall in both North Goa and South Goa districts in next 24 hours and issued an ‘orange alert’.

It has predicted strong winds with speed reaching 45-50 km per hour and gusting up to 65 kmph along the Maharashtra-Goa coast.

Fishermen have been advised not to venture into the sea due to the rough weather, though the fisheries department lifted the ban on fishing in the state from August 1.