To understand how indigenous knowledge is structured, a group of researchers chose to focus on communities’ use of palm plants. 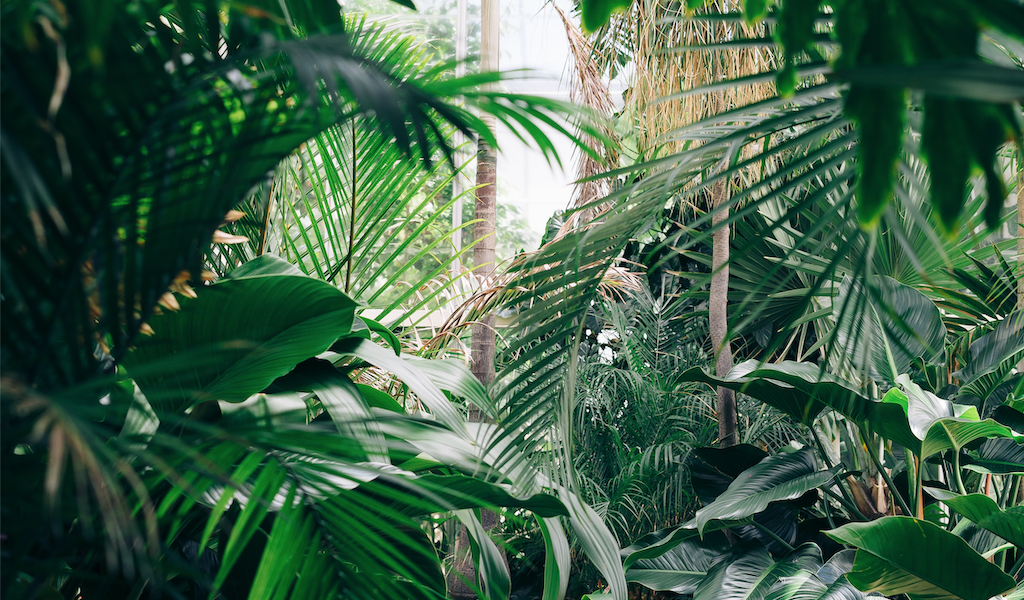 Photo by Chris Abney on Unsplash

“I once asked a Matapí elder if he could spare an hour or two to tell me about what palms he knew, and how he used them,” says Rodrigo Cámara-Leret, a plant identification specialist formerly at the Royal Botanic Gardens, Kew, in the UK.

This particular survey was part of a previous months-long trip through the Andes, Chocó and Amazon Basin regions of South America. Rodrigo Cámara-Leret and his fellow researchers Jordi Bascompte and Miguel A. Fortuna of the University of Zurich analysed data collected during visits to 57 indigenous, mestizo and Afro-American communities.

The answer from the Matapí elder kept Cámara-Leret busy for a while: “Eight hours later, I was still frantically writing down information!” he says.

This and other findings from their study are presented in a paper recently published in Proceedings of the National Academy of Sciences, where the researchers examine how global changes could affect networks of local and indigenous knowledge.

Some of the world’s most precious knowledge is stored in the minds of people; passed not through books or computers, but through stories and shared experiences. Such is the case in many communities in the American tropics, where a living library of knowledge about plants and their uses isn’t written down. As this knowledge disappears with the people who hold it, it’s much harder to see than the loss of more tangible forms of knowledge. 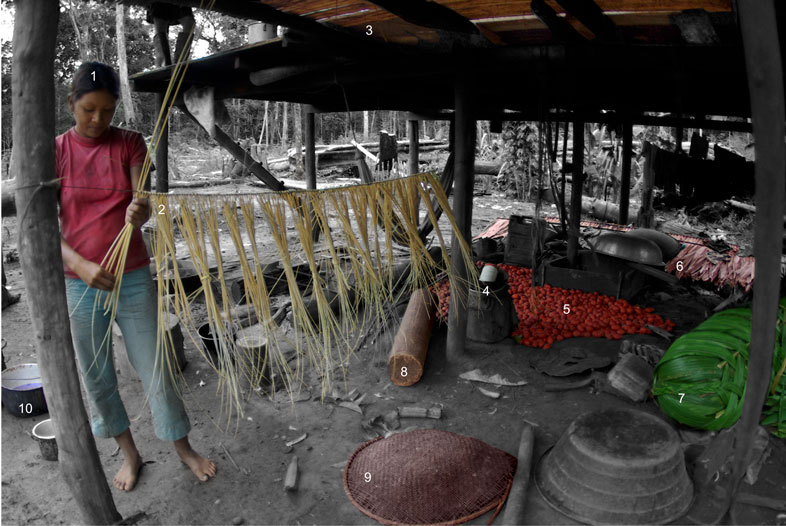 A typical scene in an indigenous household where palm-derived products play a central role in daily life. Photo: Rodrigo Cámara-Leret.

“It was shocking to return to some communities and hear of the passing away of elders who did not transmit this knowledge,” Cámara-Leret says.

To understand how this knowledge is structured locally and regionally, the researchers chose to focus on the communities’ use of palm plants, various species of which are used across the world for a range of economically important human needs – from medicine to rituals, roofing to flooring, hair products to handy tote bags. Each community they encountered knew of seven to 41 palm species (18 on average) and 12 to 94 different uses for the plants (36 on average).

“The indigenous elders that I met were just as knowledgeable as university professors,” says Cámara-Leret, the lead author of the study. “Their knowledge transcends single disciplines, covering not only the names and uses of plants and animals but also ecological interactions or long-term changes in ecosystems, river dynamics in areas spanning thousands of square kilometres.”

The primary goal of the research was not to document the uses of the palms but to study how knowledge is held in communities and how it might change. To do so, the researchers created a visual representation of knowledge, a network map in which knowledge (the connection between a plant and its known uses) could be visualised, quantified and used in simulations. In these simulations, the effect of removing particular plant species or knowledge links could be tested. 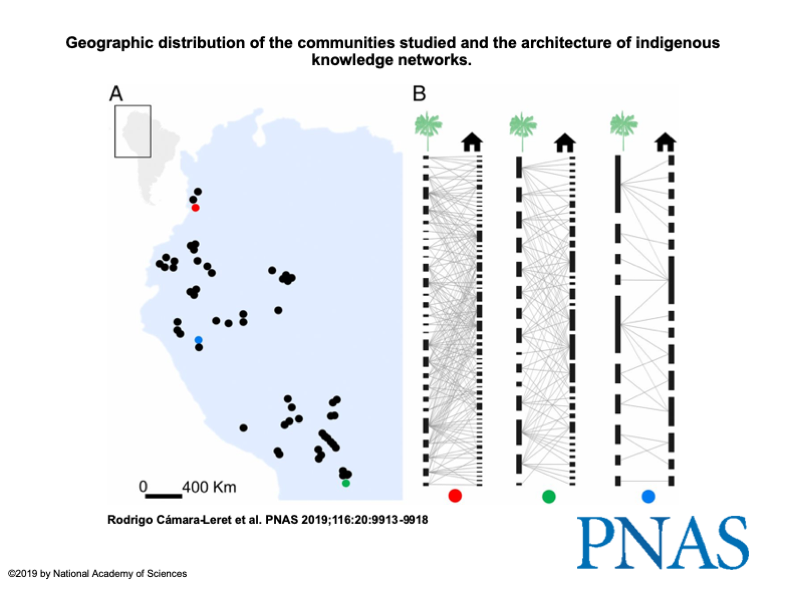 The network map includes the locations of the 57 communities in the study. Links under the green palm and black house symbols represent plant species and plant services, respectively. Photo: Rodrigo Cámara-Leret.

The team concluded that cultural heritage is just as important as the plants themselves in our realisation of nature’s services. They also uncovered a rather fragile network in which a handful of Keystone communities serve as vital links, where removing just a few components could have enormous consequences for the entire system.

“Most studies still place emphasis on the biological components of ecosystem services,” Cámara-Leret says. “By highlighting the importance of cultural heritage in underpinning our realisation of ecosystem services, we hope our work may contribute to a greater appreciation of indigenous and local knowledge in policy initiatives.”

Also Read: Hunters Should Stop Using Lead Bullets and Help Save the Vultures

The value of local and indigenous knowledge is already being incorporated into policy initiatives such as the Intergovernmental Science-Policy Platform on Biodiversity and Ecosystem Services and the Aichi Biodiversity Targets of the Convention on Biological Diversity. Cámara-Leret said he hopes culture will be included in more initiatives like these, which advocate for the recognition and protection of ecosystem services – the benefits bestowed upon society by leaving natural systems intact. By prioritising this knowledge, the rationale goes, perhaps we can preserve the volumes of wisdom stored in the minds of indigenous and local communities before it’s lost. 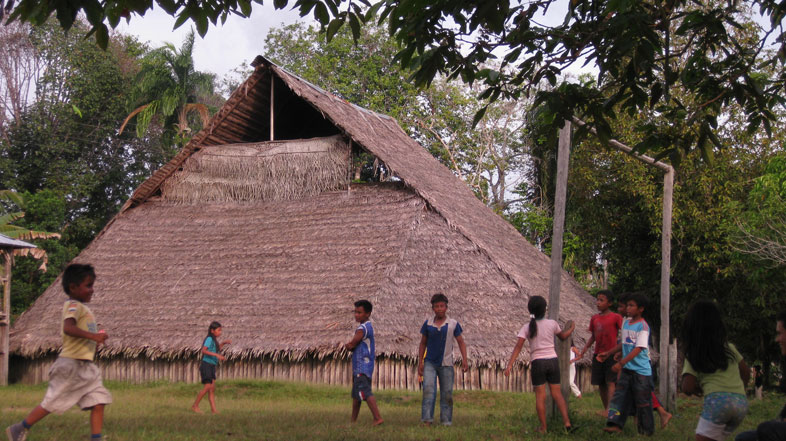