We Need to Save the Bees – but Where Do We Begin?

According to one estimate, there are over 700 species of bees in India, of which around 300 are endemic. 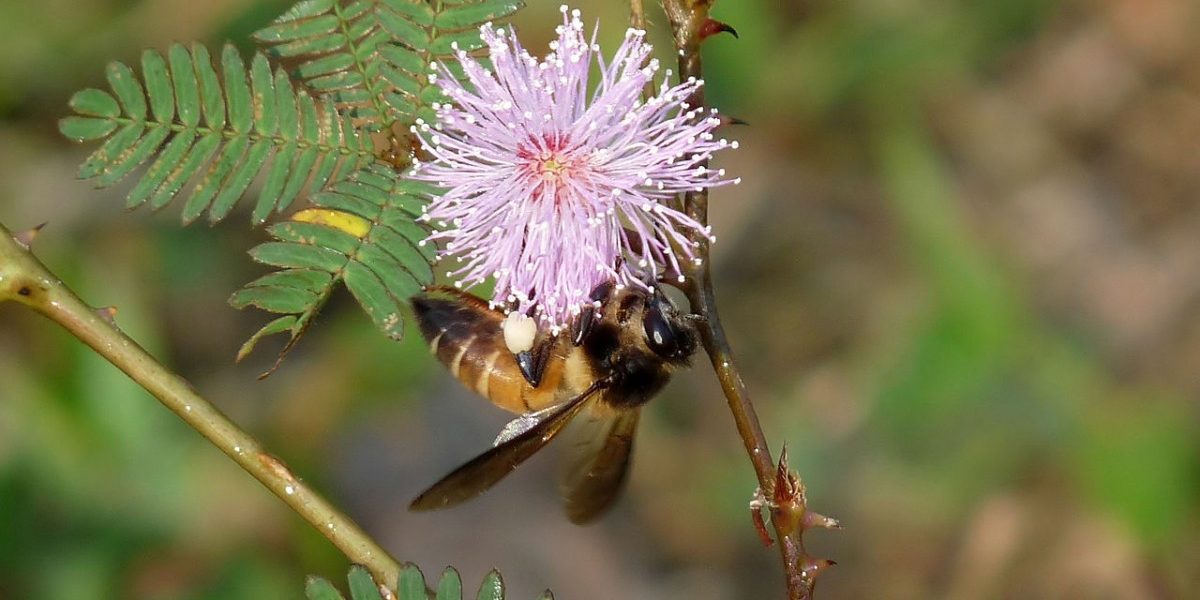 In the last decade, the population of bees around the world nosedived, prompting concerted efforts to conserve them.

The decline was the result of habitat loss and fragmentation, lack of forage due to mono-cropping and widespread use of pesticides called neonics.

According to the Food and Agriculture Organisation, bees are responsible for about 80% of pollination worldwide, making them vital to agriculture. And if their numbers are falling, so will the economy’s.

John Ascher, an expert on bee taxonomy (the science of identifying and classifying organisms) at the National University of Singapore, estimates that there are 719 species of bees in India.

However, a large proportion of the described species come from historical specimens and old descriptions. There are also many regions that have not been explored for bee species richness and diversity. As a result, the number of species is likely to be an underestimation.

Ascher stressed that overcoming the taxonomic impediment is the first step to conserving Indian bees.

Of the 719 species of bees found in India, 300 – according to Ascher – are endemic: they are native to the country and found only here.

Ergo, “as more than 40% of Indian bee species do not occur abroad and are therefore unfamiliar to foreign entomologists, it will be necessary to develop in-country expertise to identify them and also to describe the many additional new species,” Ascher told The Wire.

Also read: Are Pesticides Called Neonics to Blame for the World’s Bees Crisis?

A species is identified based on the type specimen that describes the characteristics of that species. So to zero in on the right names to apply to the species, scientists have to extensively study historical specimens and Indian and international museums, he said.

To this end, Ascher co-organised the second Bangalore Meeting on Asian Bees, on March 1 and 2, along with V.V. Belavadi, Hemalatha Somanathan and Axel Brockmann.

The meeting invited national and international researchers working on Asian bees to discuss the state and future of bee research. Its goal was to build a network, intensify research on Asian bees and help produce a conservation strategy.

“Several papers have been published on Indian bees where the insect is misidentified,” Belavadi, a professor at the University of Agricultural Sciences, Bengaluru, said. “This can be prevented by building a repository of all specimens in the country that is well-maintained and easily accessible.”

Ascher has also helped build an online portal with the National Bureau of Agriculturally Important Resources to document the bees of India.

In the US and Europe, most of the pollinating bees are kept and sustained by humans. However, the prime pollinator in India is the rock bee (Apis dorsata), a wild insect.

“So there is a social/public responsibility [and] initiative needed to maintain these animals,” Brockmann, a honey-bee researcher at the National Centre for Biological Sciences, Bengaluru, told The Wire. “To get that work done, we suggest a citizen science project will be helpful.”

To this end, Brockmann has been working with Rocio Fatas, a designer at the Srishti Institute of Art Design and Technology in the same city, to develop a smartphone app.

The rock bee nests on tall trees, cliffs and high-rise buildings. A user can use the app to take a picture of a colony and record the date and location, and continue observing it once a week.

The app logs and collates the data, and sends it to Brockmann’s lab. It’s expected to go live in June this year, and will either be called BeeTrack or BuzzBrigade.

Suhel Quader, a scientist at the Nature Conservation Foundation – India, said, “One of the exciting things about these sorts of projects is that they involve close communication and collaboration between two groups of people who are otherwise quite separated from each other: professional researchers and the larger public.”

Brockmann said the initiative could also help spread the message that bee species are useful for pollination. This in turn could help divert attention away from how rock-bee colonies built on balconies are often considered a nuisance, and towards the fact that we need them.

The meeting also brought together researchers working to identify and tackle other India-specific problems. Their work will influence what strategies policymakers will craft to ensure India’s bees are safe – at least insofar as they are useful for India’s agriculture.

For example, Parthiba Basu studies the effects of pesticides on the biology of honey bees at the University of Calcutta. His group collects wild bees from regions with different intensities of agricultural activity. The farmers provide information about the type, amount and frequency of pesticide application.

Also read: Ten Years After the Crisis, What Is Happening to the World’s Bees?

Through multiple such exercises, he found that farmers often use a cocktail of pesticides. As a result, it became difficult to control the dosage and kind of pesticides deployed, in a way that the bees could be protected.

Brockmann suggests that if farmers realise that bees help with crop productivity, they can help with pesticide regulation. One solution, according to him, is to teach farmers to keep honey bees, maintain colonies and then use them for pollination. But this will have to be done in a way that the kept bees don’t compete with their counterparts in the wild.

This is especially important for crops that are better pollinated by solitary bees than honey bees. “For several species of plants (even cultivated ones) we do not know which the pollinator to encourage,” said Belavadi.

In 2017, 75 scientists from all around the world including India drafted a status assessment report on pollinators and food production. The Intergovernmental Platform on Biodiversity and Ecosystems Services had put together this scientific panel. The goal was to provide policymakers and decision-makers with relevant information for conservation and sustainable agriculture.

“The next step will be to apply a wide range of expertise to make the first status assessment of India’s bee pollinators,” Ascher said. And an India-specific report could help strengthen the science-policy interface to protect the bees.

In all, the diverse research groups and their foreign collaborators at the meeting agreed to draft a proposal for a focused ‘pollinator initiative’. The idea is to then create a steering committee that will help raise funds from the government.

Manal Shakeel is doing her PhD on animal behaviour at the National Centre for Biological Sciences, Bengaluru.