A premature water crisis has sent alarming bells ringing in Bundelkhand while authorities continue to resort to knee-jerk tactics. 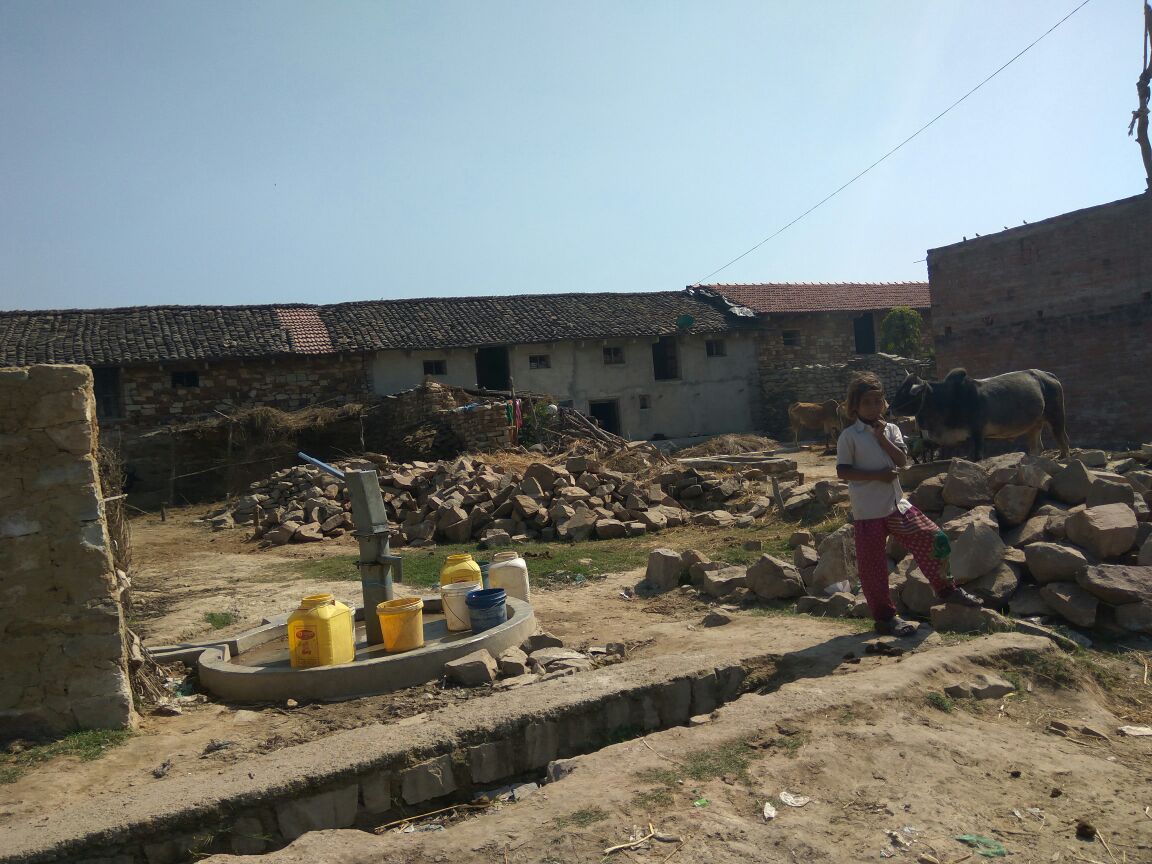 There was a piece of news that caught public attention during the recently concluded cricket series in South Africa, and it wasn’t Virat Kohli’s awe-inspiring innings. This was a shocking fact that was overwhelming for shall we say, not the right reasons. It was the day we all learnt that Cape Town in South Africa is in the midst of a severe drought. The city is currently preparing for Day Zero (slated for June 1) when the water crisis will reach doomsday and the city will completely run out of drinking water. The next step would be emergency rationing – one of the first steps would be taps in homes and offices being cut off from their water sources.

As shocking as this sounds – Cape Town is indeed 21st century’s first vision of the climate change induced dystopia that awaits the rest of the planet. The news is much, much worse in a land closer to home where an intense drought pervades the landscape for the better part of the year, annually. Although, the difference is that, this isn’t as much about climate change but apathy in governance and management on the part of ruling parties, though the premature onset of water scarcity this year, does indicate an alarming worsening season-wise.

Water woes are all-pervasive in the Rampur village of Chitrakoot district in Bundelkhand. Vandana Yadav, a Rampur village resident sums it up, “People try to bore through the ground on their farms and fields desperately seeking water, but they can’t find any water there. There isn’t any, niether in the well nor in the faucets.” Vandana walks a distance of three kilometres to get to the nearest source of water. This is a journey she has to undertake a few times every day. As she attempts to clean the most recent batch of water she fetched with a ragged cloth that’s making-do as a sieve, her responses to our questions rattle off her tongue, sharp, “We will take this water and drink it. What else do you think we’ll do with it? Of course, it will be harmful for us, we know that. But you tell us what we can do?”

Geeta Devi tells us that she walks for three kilometers to fetch water, “It takes about 10 dabbas of water in my house in one day”. She travels about five to 10 times in a single day whenever the household runs out of water, balancing the buckets – at least three of four – on her head – in one go.

The pradhan of the village Mr. Krishna, speaks about the groundwater crisis in Rampur, “In today’s date, in the entire gram sabha, there is only one pond Bandha, which has water that people use. Though they have been bored, all wells and hand pipes’ have had a drop in water level, water rising to only an inch-and-half left. Dried up wells are the results of boring and weather conditions. Even if there are hand pumps, they are unable to draw water due to the lack of ground water.”

For a population of almost 5000, there are only two working hand pumps. Out of the 40 hand pumps installed in the village, only around 18 of them provide a few buckets of water . There are 20 handpumps in working condition, the pradhan shares, “… the pipes have been repaired recently, but there is no water in the ground to pump”. Also as Vandana had pointed out, the water is not fit for drinking purposes but the villagers have no other option.

The Union Water Resources Ministry said in a statement earlier this month, that the water level in 91 major reservoirs of the country has gone down by 2% – it is currently at 39% of their total capacity. This statistic might not clearly illuminate the water scarcity in the country but in Chitrakoot district’s Rampur village, statistics are hardly necessary to highlight the crisis.

Rampur has faced water shortage for almost 70 years now. Come summers and people are forced to drink water from potholes. But this year people are facing the heat of water scarcity right from January. As a result, the winter crop too has been severely affected and now fetching water for drinking, bathing and cooking has become a herculean task. As the pradhan says, “Since the time people settled here, there has been no source of permanent water in this place. But it was better because it was all dependent on the season and the lakes and wells didn’t use to dry up.”

Ganga Prasad, a resident of the village spoke about how the seasons have been cruel to them, “There were no rains. The river didn’t fill; neither did the wells and nor the pond.” And Yuvraj Singh Patel, laments about his livestock, “(I) cannot get water to bathe. Have to bathe the buffaloes as well but cannot find water to do so….we get the drinking water from the well but even that will dry up soon.”

An interview with Chitrakoot’s local MLA on the Rampur situation helped us gauge the archetypal sarkari attitude. After rattling off the names of the majras and the villages that he has always known about, he begins the familiar yojna chant, “We have sent a Rs 2.5 crore tender to Bundelkhand Vikaas Nidhi to provide water in all the majras of the Raampur graam panchayat. And it is currently in the stages of being approved, so we have prepared a detailed strategy to supply water to all the areas that fall under Rampur and Kalyangarh…the hand pumps there will stay the same but under the new pipe Pey Jal Yojna, we will bore, construct tanks and supply water. This new plan will be implemented very soon.”

We tell him that the residents of Rampur claim that the ground water level is at 300 feet. To this, Mr. Patel assures, superhero-like, “Even if the water level is at 400, we will provide them with water.” Pump more water from an already depleted or depleting source? This confirms us the callousness with regard to water management and conservation on behalf of the authorities, the supreme dangers inherent in thinking in this manner – the results of which we can witness now in an international context.

Ahead of the monsoons in 2017, the Ministry of Water Resource advised all states in the drought prone regions to generate employment under MNREGA. According to report in Down to Earth, in the last decade alone, the Centre has spent Rs 15,000 crores specifically towards constructing water harvesting structures. “With all this money, over 116,000 harvesting structures have been constructed in Bundelkhand in just 10 years (2006 to 2015). These include 700 check dams and 236 minor irrigation projects. This should have been enough to harvest rainwater to fight the drought” says the report.

The fault lies at the mere conception of the governmental solution; Bundelkhand has historically survived off natural reservoirs. The traditional water sources, ponds, are best suited for the topography of the region. The land is made up of hard rocks like granite and gneiss that does not allow water seepage for abundant ground water use.  Locals had always been dependent on the ponds for water, but these ponds have now dried up. Instead of focusing on rejuvenating this traditional source, governments keeps allocating both funds and resources in building more and more canals and dams and other tactics to manipulate ground water management – Khanna village being a case in point.

What is perhaps most disturbing now – early 2018 is how soon the crisis has begun to rear its parched head. In Khabar Lahariya’s more than 16 years of reporting of the drought-afflicted terrains of the heartland, we have always planned and reported on water problems through April, May, and June. It is for the first time that we had our seasonal report trickling in as early as late January. Pradhan Krishna ’s words have an ominous ring to them, “By the end of March, there will be massive scarcity here. Massive. We don’t know what’s going to happen.”

War is afoot in Bundelkhand. It has got an angrier flow this year.