The Narendra Modi-led central government has merged departments to create one single ministry to address water-related issues. But Experts are sceptical and believe a change in name and integration of existing ministries alone won’t make a difference. Can a change in name get the Indian government’s water ministry to become more efficient? Will a tweak in organisational structure give India’s varied water issues – water scarcity, overexploited water resources, contaminated groundwater, polluted rivers, dwindling supplies of freshwater – a chance at a solution?

Just before India’s 2019 parliamentary elections, the Bharatiya Janata Party (BJP) in its manifesto had promised to create one single ministry to deal with all critical water-related issues. Soon after winning the election, the central government merged the erstwhile ministry of water resources, river development and Ganga rejuvenation and the ministry of drinking water and sanitation to form the Ministry of ‘Jal Shakti’ (Water Power). The new ministry is now led by BJP leader Gajendra Singh Shekhawat.

In its 2019 elections manifesto, BJP had noted that “water is a critical resource but its management is spread across various departments, even at the central level.” It had promised to form a new ministry of water, unifying all the water management functions, to approach the issue of water management holistically and ensure better coordination of efforts. During the election campaign as well, PM Modi had promised that his government would focus on access to safe drinking water.

With this change in the nomenclature, the water ministry has come a long way from how it was handled by the central government just after independence. In 1951, the then Indian government had set up a ministry of national resources and scientific research which looked at the subject of ‘irrigation and power’. It was only in September 1985 that the ministry of water resources, which has now been merged with the drinking water department, had taken shape.

Also read: More Than 80% of the Clean Ganga Fund Has Not Yet Been Spent

It is another matter that River Ganga is far from clean despite a series of promises and spending of billions of rupees. According to Central Pollution Control Board, for the majority of its course from Uttarakhand to West Bengal, the water of River Ganga is unfit for drinking and, in a significant section of its course, its water is unfit for bathing.

Environmentalist Rajinder Singh, who is also popularly known as the “Waterman”, expressed his concern to Mongabay-India and tagged the promises of government as nothing but fake assurances.

“This government lied about the cleaning of River Ganga. It promised to do so much about it. But nothing happened. They had ignited hopes of millions when they had formed a ministry to ‘rejuvenate’ Ganga and we thought that the government has understood the seriousness of it. That is why stopped our movement to ensure the cleanliness of Ganga. But in their five years tenure, Modi government did nothing for Ganga and its pollution has now increased,” said Rajinder Singh.

“The government realised that if it maintains rejuvenation of Ganga as water ministry’s name they would come under severe attack as this promise remains unfulfilled. Thus they changed the name of the ministry to Jal Shakti (Water Power). But how will they ensured piped water supply to all households when there is no water in the first place. It is going to be just another contractor driven scheme. Is government only here to give business to big corporates by giving them order for pipes,” he questioned. 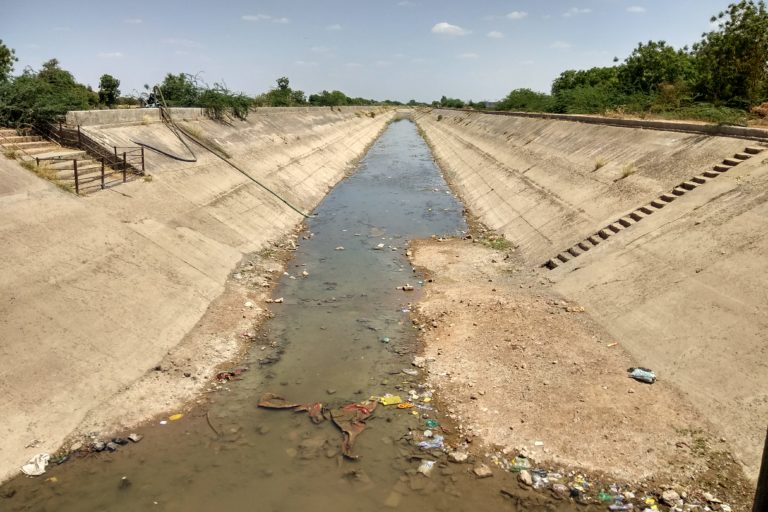 BJP in its manifesto for the 2019 elections has promised to launch ‘Jal Jivan Mission’ (Water Is Life Mission) under which they will introduce a special programme ‘Nal se Jal’ (Water from Tap) to ensure piped water for every household by 2024. “We will ensure sustainability of water supply through a special focus on conservation of rural water bodies and groundwater recharge,” the BJP manifesto had said.

Also read: We Are Already Living in a ‘New India’ – and It’s Alarmingly Water-Stressed

Water is already a critical issue in India

India, which is home to about 4% of world’s water resources and more than 18% of the world’s population, is already a water-stressed country and this has been confirmed by several studies over the past few years.

The worsening situation of groundwater in the country is significant. In December 2018, during a case at the National Green Tribunal, the central government had admitted that India is the largest user of groundwater in the world, extracting about 253 billion cubic metre (bcm) every year, which is about 25% of the global groundwater extraction.

In June 2018, Indian government’s think tank NITI Aayog came out with a study that stated that the country is suffering from the worst water crisis in its history with nearly 600 million people – half of India’s overall population – facing high to extreme water stress. It had also highlighted that 75% of India’s households do not have drinking water on in their premises, 84% of rural households do not have piped water access and that 70% of our water is contaminated while adding that India is currently ranked 120 among 122 countries in the water quality index.

Recently, in February 2019, a report by the International Centre for Integrated Mountain Development (ICIMOD) stressed that India, Bangladesh, Pakistan, and China together account for more than 50% of the world’s groundwater withdrawals.

Experts said reorganisation of departments is a good starting point but until a multisector approach is adopted to address the water problems of the country a big difference cannot be achieved.

“Changing the name of the ministry won’t make a difference. What is lacking in India is a proper water governance structure. Water sector reforms that are needed are not taking place. We need a multisector approach at the national level to address water issues,” Pradeep Purandare, a retired associate professor from Aurangabad (Maharashtra) based Water And Land Management Institute (WALMI), told Mongabay-India. 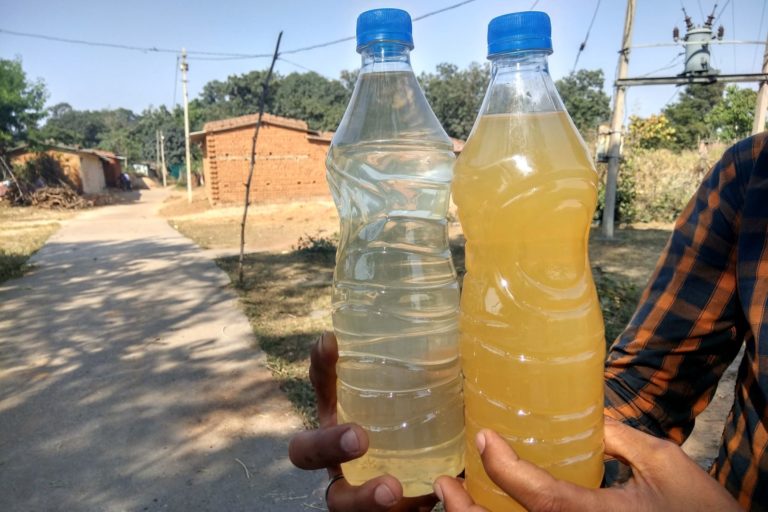 Government data (till May 2018) reveals that a total of 69,258 rural habitations across India with a population of over 45 million are affected with groundwater contaminated with fluoride, arsenic, iron, salinity, nitrate and heavy metal.

K.J. Joy of the Pune -based Society for Promoting Participative Ecosystem Management (SOPPECOM) stressed that a change in an overall approach towards water is required for India.

“It’s a welcome thing to integrate all the water-related departments as suggested by various experts committees. But unless we change our overall approach towards the water and the mindset towards water management, the change of the name alone is not going to do anything. We need a holistic and multilayer approach to address water issues and manage this resource. That is what we are not seeing anywhere,” Joy told Mongabay-India.

River interlinking to get a boost by NDA government 2.0?

The Indian government has an ambitious river interlinking programme and even the Supreme Court of India, a few years ago, had asked the government to expeditiously carry it out. Under this plan, a total of 30 river links have been identified across India and these involve all the major rivers of the country. The estimated cost of these 30 links runs in several trillion rupees.

Among these links, the central government is already pursuing the first project, Ken-Betwa river interlinking project, which involves diversion of thousands of hectares of the prime habitat of tigers. It has already got several clearances.

BJP in its 2019 election manifesto had promised that this new ministry will take forward the ambitious river interlinking programme, conceptualised by (former prime minister) Atal Bihari Vajpayee, across India to ensure a solution to the problems of drinking water and irrigation. “We will initiate work on this programme by constituting an authority,” BJP had said in the manifesto.

But environmental activists like Rajinder Singh are concerned. “It is the most dangerous water project for the country. The government needs to work on the source aspect of the water first before moving to projects related to supplying it. Half of the country is suffering from scarcity of water and their offer is piped water supply,” said Singh.