In a report, the commission said India is not a water deficit country and that the scarcity is due to neglect and poor monitoring of resources.

Some residents of Chennai wait for water near a hand pump. Photo: Twitter/@ANI

A significant part of India is facing water scarcity, while the latest government report holds that India is not a water deficit country but that the scarcity is on account of severe neglect and lack of monitoring of water resources and development projects. It noted that several regions in the country experience “water stress from time to time”.

It warned that any “further neglect in this sector will lead to water scarcity in future” and recommended that “imposing regulatory measures to prevent the misuse of water and introducing rewards and punishment to encourage judicious use of water, will be helpful to conserve water.”

It also called for awareness and orientation of all the water users to “change their lifestyle to conserve water” to ensure that India tides over the water crisis in the future and emphasised that the “challenge is manageable provided we have favourable policies and mechanisms to persuade our people to change their lifestyle.”

The report, Reassessment of water availability in India using space inputs, by the Central Water Commission (CWC) with technical support of the National Remote Sensing Centre (NRSC), Hyderabad, was released on June 26, 2019, by the Minister for Jal Shakti Gajendra Singh Shekhawat.

The total catchment area considered for the study was 32,71,953 square kilometres across 20 river basins in India. As per the study, there is a reduction in water availability in Indus, Ganga and Brahmaputra river basins while in the rest of the basins, there is an increase in water availability with the largest increase in Barak and WFR (West Flowing Rivers) from Tapi to Tadri. The average annual water resource of the 20 basins of the country has been assessed as 1999.20 billion cubic metre (BCM).

In the past few years, repeated drought in several parts of the country and water scarcity in several hill and metropolitan areas has brought a lot of focus on the water stress that India is facing.

“It is, therefore, necessary to prevent this crisis by making the best use of the available technologies and resources to conserve the existing water resources, convert them into utilisable form and make efficient use of them for agriculture, industrial production, and human consumption,” said the CWC report.

Water stress is impacting several parts of the country, whether it is hills or plains, as water resources play a major role in agriculture, hydropower generation, livestock production, industrial activities, forestry, fisheries, navigation, and recreational activities.

The impact could increase with the rise in global temperature, leading to “enhanced evaporation due to warming, geographical changes in precipitation intensity, duration, and frequency, together affecting the hydrological parameters such as discharge, soil moisture,” noted the report.

According to a June 2018 report by the Indian government’s think tank NITI Aayog, the country is facing one of its worst water crises ever with nearly 600 million people – half of India’s overall population – facing high to extreme water stress.

Also read: On Drinking Water, Modi Government Isn’t Putting Its Money Where Its Mouth Is

India is among the most populous countries in the world and the growing population is expected to be an added challenge for the water-stressed nation.

The Central Water Commission’s report observed that with India’s population likely to increase to 1.66 billion by 2050, the annual food requirement in the country will exceed 250 million tons by 2050 which means additional demand for water. 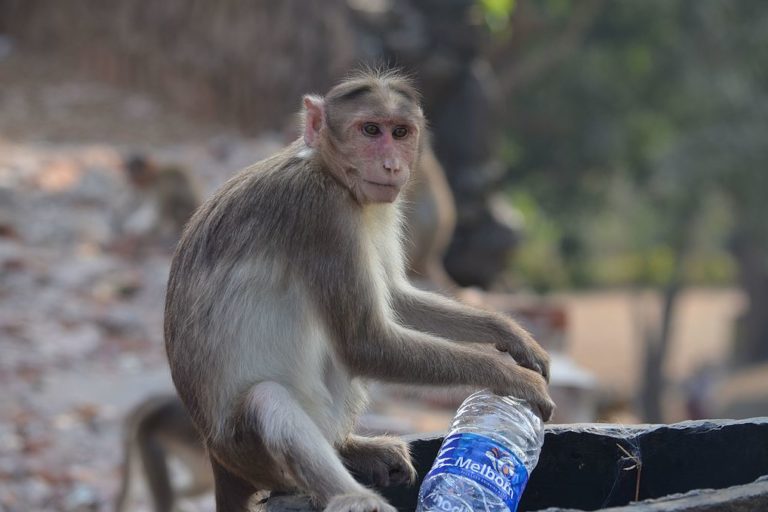 Another major challenge for authorities over the past few years has been the overexploitation of groundwater. At present, there are over 20 million wells pumping water with free power supply, provided by the government. As excess water is drawn, the groundwater is depleting causing wastage of water in many states.

“As a result, the water table in the country is dipping every year by 0.4 metres. In many coastal areas, there has been a heavy intrusion of seawater, making fertile agricultural lands unfit for cultivation … the infrastructure development in the water sector has been extremely slow and investment has not been optimum. The utilisation of created water facilities has been suboptimal because of poor catchment area development resulting in heavy soil erosion and siltation,” the report said.

Inefficient use of water, because of the distribution of water in open canals, flood irrigation and charging for water on the basis of area irrigated instead of quantity of water supplied, is another area of concern.

A serious focus for addressing the high usage of water in the agricultural sector is required because India ends up using a disproportionately high amount of water per crop – three to five times more irrigation water for crops than what is used in China, United States of America, and Israel.

The CWC report observed that farmers in India have been traditionally practicing flow irrigation which is resulting in wastage of water while causing soil erosion, leaching of fertilisers, increasing the infestation of pests, diseases, and weeds and suppressing the crop yields.

“Nevertheless, farmers, as well as policymakers, are not serious about the discontinuation of this unscientific practice. Immediate attention is needed to shift from flood irrigation to micro-irrigation and to increase the water use efficiency, which can ease the water scarcity to a great extent,” the report noted.

Shashi Shekhar, former secretary of the ministry of water resources, explained to Mongabay-India that the country’s overall approach towards water management needs to change.

“Our overall approach toward management needs an overhaul. So far, our entire thrust has been on the supply side of the water and in cases of water scarcity we talk about constructing more dams. We need to fundamentally understand the water ecosystem and unless we do that we will never be able to form a proper action plan or policy. This has to be done across the country and it cannot be just one state,” said Shashi Shekhar.

On July 1, 2019, the water minister Gajendra Singh Shekhawat launched the Jal Shakti Abhiyan, a campaign for water conservation and water security, which would run in two phases this year from July 1- September 15, 2019, and from October 1-November 30, 2019. The focus of the campaign will be on water-stressed districts and blocks.

Secretary of the Indian government’s Department of Drinking Water and Sanitation, Parameswaran Iyer, in a statement said that teams of officers from the central government will visit and work with district administration in 1,592 water stressed blocks in 256 districts across India, to ensure five important water conservation interventions.

The five interventions would be: water conservation and rainwater harvesting, renovation of traditional and other water bodies/tanks, reuse, borewell recharge structures, watershed development and intensive afforestation. 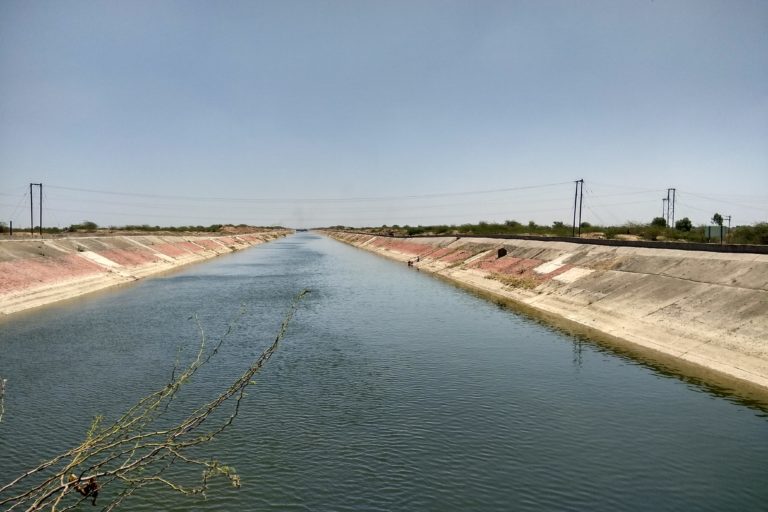 Water conservation is a major focus area for the NDA government in its tenure. Photo: Mayank Aggarwal/Mongabay.

The move is in line with the promises made by Prime Minister Narendra Modi during the 2019 parliamentary election campaign. The PM had promised to make water his focus area and soon after forming the government again the Jal Shakti ministry was created by merging all water-related departments together aiming for a focused approach and faster decisionmaking on all water-related issues.

During his recent radio address, ‘Mann ki Baat’, the PM urged people to start a mass movement for water conservation.

“Water scarcity affects many parts of the country every year. You will be surprised that only 8 percent of the water received from rains in the entire year is harvested in our country. Now the time has come to find a solution to this problem. I believe, like the other problems on hand, we can also solve this predicament by the participation of the people,” said Modi.

In his address, the PM also urged people to share traditional methods used over the centuries for water conservation and to share details for creating a database of people and organisations who are significantly contributing towards water conservation.

The issue of water scarcity is also expected to play a role during the upcoming legislative assembly elections of Maharashtra later this year.

However, non-governmental experts are sceptical. “The government is fully cognisant of the water problems in the country but it is deliberately taking the wrong steps to address it. The whole concept of government is that in order to augment the water supply you have to hold it in dams because the making of dams presents many opportunities for corruption. The loss due to evaporation and canal transport is in the vicinity of 30-40 percent. So they make more dams so that there is more loss and more problems,” environmentalist Bharat Jhunjhunwala told Mongabay-India.

This article was originally published on Mongabay-India. Read the original article here.