Until recently, Warangal had few public toilets and a large number of people defecated in the open. In fact, the city scored poorly in a sanitation rating exercise in 2010. 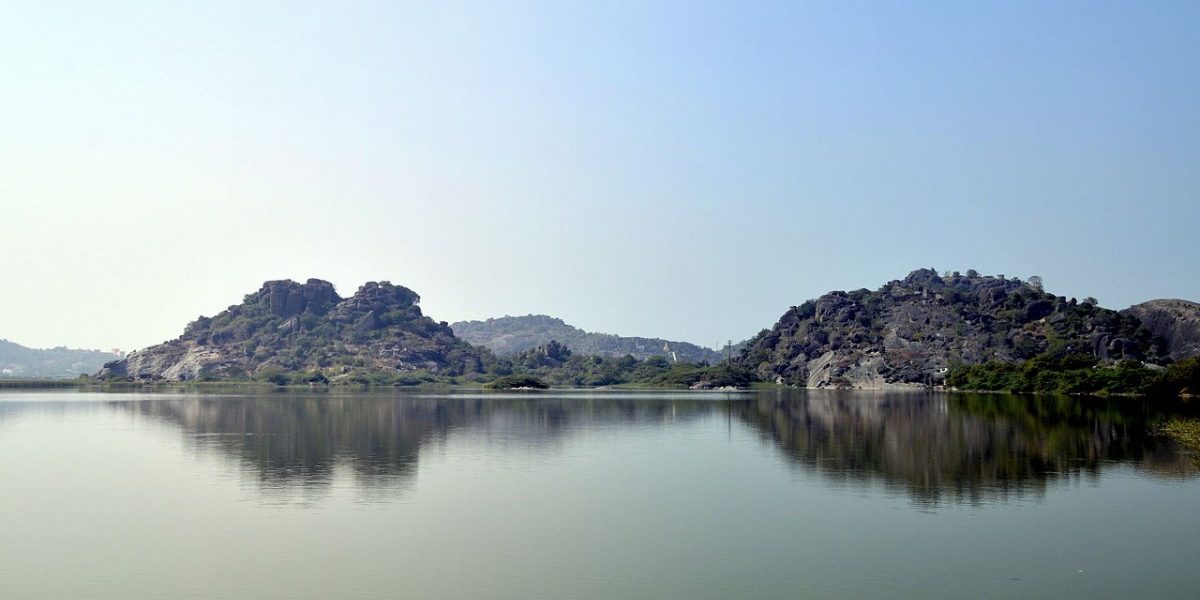 The Kakatiya dynasty had the foresight to create a network of 92 lakes in and around Warangal several hundred years ago. Today, Warangal is the second largest city in Telangana, after Hyderabad. However, these lakes have since been used to dump human excreta from the city’s burgeoning population, mostly – and ironically – because it had no proper sewage disposal system.

All that changed when two years ago, the Warangal Municipal Corporation (WMC) transformed the city into a sanitation innovation hub that has set an example being followed in 71 municipalities in the state.

Anxious to clean up these water bodies, the WMC sought the expertise of the Administrative Staff College of India (ASCI), Hyderabad, for help devising a cost-effective solution.

Srinivas Chari, a professor at the ASCI and a member of the Centre of Urban Governance, pointed out that setting up a conventional sewerage system would require “major investments in land, money and water”, all of which were in short supply. So he recommended the WMC look for a different solution.

The WMC nosed around and found that the Bill and Melinda Gates Foundation was patenting a faecal sludge treatment plant (FSTP). It was what they were looking for.

“In Telangana, a conventional sewerage system requiring … a piped network flushed by large quantities of water is presently available only in parts of Hyderabad,” Chari explained. “It is high on investment.”

The Gates Foundation’s FSTP, on the other hand, costs Rs 1 crore to install, and treats organic matter in a cost-effective, energy-efficient way with fewer operational requirements, he added.

So the ASCI and the Government of India reached out to the foundation, and the technology was set up through a public-private partnership model.

Like most of India, Warangal before the FSTP had few public toilets and a large number of people defecating in the open. In fact, the city scored poorly in a sanitation rating exercise in 2010.

To make the FSTP effective, the first step was to create access to public toilets, especially in slums, where 39% of the population lived. A bigger challenge was to provide access to toilets for women.

The WMC began to build toilets with a vengeance, and also set out to ensure the people used them instead of other means. And that means regularly ensuring the toilets were also clean.

N. Ravi Kiran, the commissioner of Warangal, said, “We first had to undertake a detailed survey of the slums in order to ascertain their needs. We had to collect their foot-fall data. Nine locations were identified where community toilets were built. Once built, we had to provide proper infrastructural support to ensure these toilets were kept clean.”

This is no mean feat because many people admitted they had rarely used a public toilet. But once they began to use them regularly, demand bloomed. Applications were invited through a helpline set up for the purpose, and “once procedural glitches were out of the way, an applicant could get a toilet built within ten days,” Kiran said.

“The helpline dealt with requests for subsidies and it is to the credit of our staff that we have built a large number of private toilets  in the most expeditious manner.’

Paralleling this effort, Warangal set up its first FSTP in Ammavaripet, on the city’s outskirts. It had a capacity of 20,000 litres/day (or 20 KLD) combining both septage management with a decentralised wastewater management system. A second one is on the anvil in Paidipally, outside the city.

Four or five trucks collect untreated sewage from different locations and bring it to Ammavaripet to be treated. Malini Reddy, another member of the ASCI explained that the facility treats “over 15,000 litres of sewage per day”. She added that “each truck has the capacity to carry 3,000 litres of sewage, the equivalent of “5,000 people” defecating in the open.

According to her, “Hyderabad has around a hundred trucks collecting sludge from areas” that are “not connected to the main sewerage trunk line”, and “Delhi uses 400 trucks for the same purpose.

The WMC hired an agency named Tide Technocrats to implement this scheme, and they faced several hiccups at first. “Winning over the confidence of the truckers who were hired to carry this sludge took time and persuasion,” Arun Pawar, the official overseeing these operations, said. “For one, we insisted each truck be registered, after which they were given GPS tracking systems so that the route of each vehicle could be monitored.”

The truckers were apprehensive because they felt they were being surveilled. On the other hand, Pawar had to “make sure the sludge was being collected from all the disposal points and brought here”.

A smaller FSTP has several advantages. It occupies less space, has no odour and its residual water can be used to water crops. Perhaps most importantly, the Ammavaripet FSTP has created a beautiful garden around the facility with this water, where it is growing some medicinal plants. This is very unlike the dilapidated and malodorous aesthetic of a typical sewage treatment plant.

The FSTP has even become a kind of tourist attraction. Schools regularly bring their younger wards here to observe the importance of proper sewage management and disposal.

The WMC hopes all these efforts will make Warangal free of open defecation by 2020. The lakes around the city are also becoming cleaner.