Vanuatu Calls for Treaty to End Fossil Fuel Use

But the resolution is ‘misplaced’ and may even deter sustainable development for countries such as India, experts said 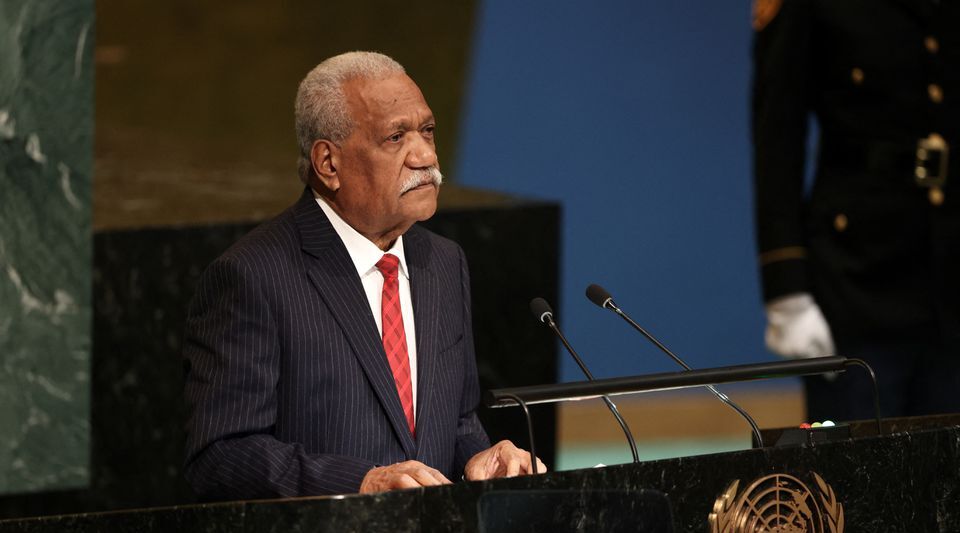 Kochi: The island nation of Vanuatu called on countries to establish a Fossil Fuel Non-Proliferation Treaty to end the use of polluting fuels that aggravate climate change, at the United National General Assembly on September 23.

“We call for the development of a Fossil Fuel Non-Proliferation Treaty to phase down coal, oil and gas production in line with 1.5 ºC, and enable a global just transition for every worker, community and nation with fossil fuel dependence,” said President Nikenike Vurobaravu.

This makes Vanuatu the first country to call for such an international binding mechanism to end fossil fuel use. Numerous civil society and health groups as well as the World Health Organization have already called for one. Climate activists welcomed Vanuatu’s call. However, the resolution is “misplaced in intent and purpose” and could even deter sustainable development for countries such as India, energy experts told The Wire.

One treaty to end it all

On the floor of the UN General Assembly on September 23, President Vurobaravu of Vanuatu said that they were paying for climate change with human lives.

“Every day, we are experiencing more debilitating consequences of the climate crisis,” he said. “Fundamental human rights are being violated and we are measuring climate change not in degrees of Celsius or tons of carbon, but in human lives. This emergency is of our own making. Our youth are terrified of the future world we are handing to them through expanding fossil fuel dependency, compromising intergenerational trust and equity.”

The UN in its World Risk Index has rated Vanuatu, located in the Pacific Ocean, as the country that is most at risk of natural disasters. Vanuatu is also a carbon-neutral country – meaning that it sequesters more carbon from the air than it releases. Last month, it launched one of the world’s “most ambitious climate policies”, according to The Guardian; its policies include committing to a complete transition to renewable energy sources to generate electricity by 2030.

In his address, the President called on other member states to come together to develop a fossil fuel non-proliferation treaty to phase down coal, oil and gas production.

The Fossil Fuel Non-Proliferation Treaty, developed by the Fossil Fuel Non-Proliferation Treaty Initiative, a global campaign that came together in 2019, aims to do this. As per the Treaty, there should be an “immediate end” to exploration and expansion of coal reserves, a fair phase-out that includes limiting extraction and removing subsidies for fossil fuels and a just transition for every worker, community and country.

Vurobaravu also called on all member states to update their Nationally Determined Contributions under the Paris Agreement 2015. According to the Climate Action Tracker, 175 countries are yet to submit their updated NDCs in 2022; only 18, including India, have done so.

Sanjay Vashist, director, Climate Action Network South Asia, congratulated the nation for being the first country to support the call for such a treaty. “Vanuatu is among many Pacific region island states who have contributed the very least to climate change, yet have shown enormous courage and resilience to fight for climate justice,” he said in a press release.

‘Misplaced in intent and purpose’

However, the resolution put forward by Vanuatu is “misplaced in its intent and purpose”, said R.R. Rashmi, distinguished fellow and programme director, Earth Science and Climate Change, The Energy and Resources Institute.

“Climate justice requires that we ensure equal energy access and energy security to all nations,” he said. And while western countries have already developed enough secure access to alternative energy to make a phase-out successful, poorer nations such as India haven’t.

“A treaty of this nature would be totally unjust for the poorer parts of the world as it would come in conflict with most of the other SDGs adopted by the UN.”

India has been firm on its stand to only “phase down” coal and not engage in a “phase-out” of the fossil fuel just yet, as it is a developing country that needs the fuel to uplift millions from poverty, as The Wire Science reported last year. Experts have argued that the important thing here is not a complete phase-out for countries like India, but enabling a just and inclusive transition.

While a fossil fuel non-proliferation treaty, if implemented, would make western economies “very happy”, it would do “very little to really arrest the problem of climate change”. It can even aggravate the challenge of sustainable development of the world as a whole, Rashmi said. That is because the treaty would transfer the burden of addressing global climate change to poorer countries with no access to greener energy.

“The difficulty is with a standalone legal mandate for phase down when it is divorced from the legal responsibility of [the] developed world to reduce historical emissions and extend help in terms of resources and technology,” Rashmi continued.

“If Vanuatu is serious, they should use this opportunity to seek legal remedy for the damages caused to small islands and other vulnerable countries from the disastrous impacts of climate change,” he added.

“Our focus should be on creating a global financial arrangement that would compensate them for loss and damage caused by climate change even while we ask the developed world to support the rest to invest in alternative technologies and energy innovations for a global low emission growth,” he said further.

Support for a legally-binding treaty to phase out fossil fuel production and use has been gaining momentum over the past few years. The World Health Organization, health workers and organisations, and scientists including Nobel Laureates have called for such a treaty. Even a top Vatican cardinal.

More recently, public health scientists argued that the world needed a fossil fuel non-proliferation treaty in The Lancet on September 14. They wrote that the time had come for the planetary health community to support the Fossil Fuel Non-Proliferation Treaty:

“Support for the Fossil Fuel Non-Proliferation Treaty is one mechanism via which the global health sector can be allies to those who are vulnerable and deliver the healthy response to climate change that our patients require.”

Vanuatu’s request for countries to support the treaty is the latest of them. All eyes will be on COP27, scheduled for November this year in Egypt, where more responses to Vanuatu’s call are likely to come in.