As per the report, even if all countries meet their climate pledges, global temperatures will still rise by 2.5°C. 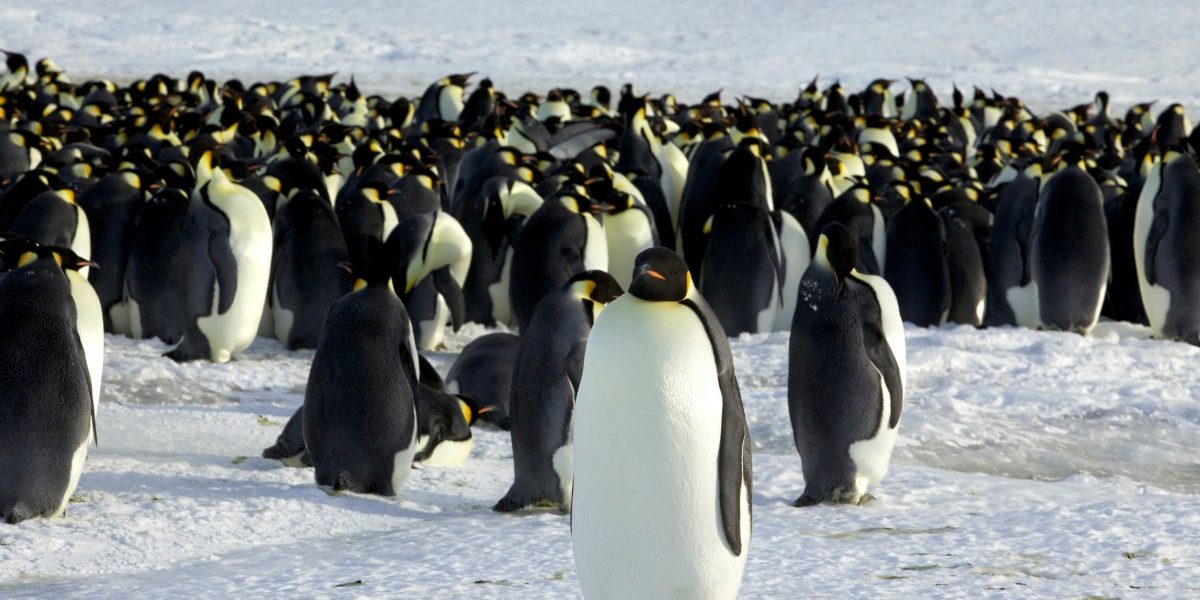 Antarctica’s emperor penguin is at risk of extinction due to rising global temperatures and sea ice loss. Photo: Reuters/File

Kochi: The world’s recent climate commitments will help decrease greenhouse gas emissions but this will still not be enough to limit global warming to 1.5° Celsius by the end of the century as necessitated by the Paris Agreement of 2015, according to a report released by the United Nations on October 26.

The report, which synthesises information from the combined Nationally Determined Contributions submitted by 193 countries, has been put together by UN Climate Change (the secretariat of the UN Framework Convention on Climate Change or UNFCCC) in the run up to the 27th Conference of Parties that will be held in Egypt in November this year.

UN Climate Change also released a report examining long-term low emissions development strategies on the same day. The State of Climate Report 2022, also released on October 26, examined 40 indicators of progress in climate action and found that none are on track to meet 2030 targets.

All nations party to the Paris Agreement, a legally binding international treaty on climate change ratified by 196 parties in 2015, have to submit Nationally Determined Contributions or NDCs to the UNFCCC. An NDC is a set of long-term goals that list out how each country aims to cut its carbon emissions and adapt to climate impacts.

UN Climate Change maintains a registry of all NDCs, and each country has to update theirs every five years. India’s first NDC, submitted in 2015, listed out eight goals. This included reducing the emissions intensity of its GDP by 33% to 35% by 2030 from levels in 2005.

India’s NDC, updated in August this year, includes reducing emissions intensity of its GDP by 45% by 2030 from the 2005 level, and achieving 50% cumulative electric power installed capacity from non-fossil fuel-based energy resources by 2030 (as opposed to 40% that was listed as part of its first NDC). 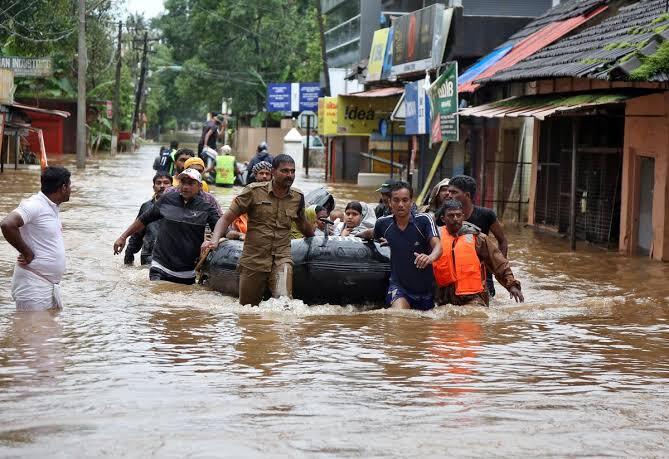 UN Climate Change synthesised information from 166 NDCs available in its registry as on September 23, 2022. This included 142 new or updated NDCs, such as those submitted by India. Together, the NDCs cover 94.9% of total global greenhouse gas emissions in 2019, amounting to 52.6 gigatonnes of CO2 equivalent.

Improvement, but not enough

As per the report, even if all countries meet their climate pledges submitted to the UNFCCC as on September 23, 2022, global temperatures will still rise by 2.5°C. While this is far from the limit of 1.5°C as agreed to by parties under the Paris Agreement of 2015, this is still an improvement from last year’s assessment, which was the first such synthesis of NDCs submitted by nations.

The 2021 assessment found that projected GHG emissions would continue to increase beyond 2030. It also showed that countries would increase emissions by 13.7% by 2030, compared to 2010 levels.

In contrast, the latest assessment shows that current commitments will increase emissions by 10.6% by 2030, compared to 2010 levels. Similarly, it also predicts that while emissions will no longer increase after 2030 thanks to the stronger action as listed by the latest NDCs, emissions are still not declining as they should to meet the targets under the Paris Agreement.

“The downward trend in emissions expected by 2030 shows that nations have made some progress this year,” said Simon Stiell, Executive Secretary of UN Climate Change, in a press release. “But the science is clear and so are our climate goals under the Paris Agreement. We are still nowhere near the scale and pace of emission reductions required to put us on track toward a 1.5°C world. To keep this goal alive, national governments need to strengthen their climate action plans now and implement them in the next eight years.”

“Most of the parties (74%) that submitted new or updated NDCs have strengthened their commitment to reducing or limiting GHG emissions by 2025 and/or 2030, demonstrating increased ambition in addressing climate change,” the report noted. However, only 24 new or updated climate plans have been submitted since COP26 in Glasgow last year. India is one of them.

Also read: India Is Working Hard To Fight Climate Change – But Is It Working Right?

Findings from another report, the State of Climate Action 2022, also released on October 26, are similar, and worrying too.

To assess the gap in climate action, it examined 40 indicators that show progress on climate action to achieve targets for 2030 and found that none are on track. Twenty one indicators are “well off track”, heading in the right direction but well below the required pace. These include global total climate finance, and share of unabated coal in electricity generation. Five indicators, including mangrove loss, are headed in the wrong direction entirely, as per the Report.

“The State of Climate Action 2022 is an urgent wakeup call for decision-makers to commit to real transformation across every aspect of our economy,” said Ani Dasgupta, President and CEO, World Resources Institute, in a press release.

The report is a joint effort of the Bezos Earth Fund, Climate Action Tracker, the United Nations Climate Change High-Level Champions, and the World Resources Institute.

India too is behind in climate action, according to its status on Climate Action Tracker, an independent scientific analysis which tracks government climate action and measures it against the globally agreed Paris Agreement. As of October 6, India’s overall climate action is still “highly insufficient”, despite the update to its NDC in August 2022. However, the rating of its NDC against its fair contribution to the Paris Agreement has improved by one category to ‘Insufficient’. 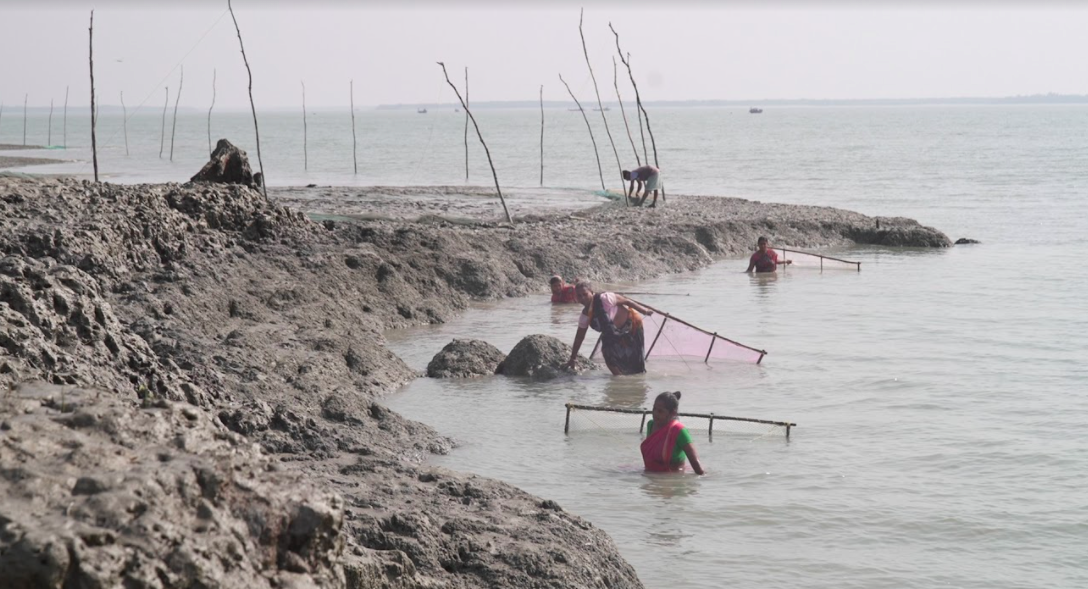 Women fish along the coast of the Bidyadhari river in the Sundarbans, West Bengal. The area is witness to coast erosion, among other climate related problems. Photo: Ryan Rozario and Pawanjot Kaur

“The good news is that clean energy technologies are spreading rapidly but action is needed in other sectors too,” she said. For instance, though public transport systems need to expand six times faster, less than half of countries’ NDCs contain public transport measures, she added.

According to Kelkar, the report shows that current climate finance is insufficient to implement even a subset of NDCs and needs a new, substantively larger finance goal from developed countries.

The upcoming COP27 to be held in Egypt from November 6-18, assumes even more significance in this context because parties are set to discuss aspects including climate finance from developed countries, and reparation of losses and damages caused by climate change. COP26 President Alok Sharma said that major emitters need “to step up and increase ambition ahead of COP27”.

“COP27 will be the world’s watershed moment on climate action,” said Sameh Shoukry, Egyptian Minister of Foreign Affairs and COP27 president-designate, in a press release. “The report from UN Climate Change and before that from the IPCC are a timely reminder for all of us. Raising ambition and urgent implementation is indispensable for addressing the climate crisis. This includes cutting and removing emissions faster and at [a] wider scope of economic sectors, to protect us from more severe adverse climate impacts and devastating loss and damage.”

On October 26, UN Climate Change also released a report on long-term low-emission development strategies submitted by 62 parties as of September 23, 2022. The report examined countries’ plans to transition to net-zero emissions by or around mid-century through adaptation and mitigation measures such as plans to increase renewable energy in power systems. As per a UN press release, these countries’ greenhouse gas emissions could be roughly 68% lower in 2050 than in 2019 but only if all long-term strategies are implemented in full, and on time.