India is behaving as if these findings do not apply to it. 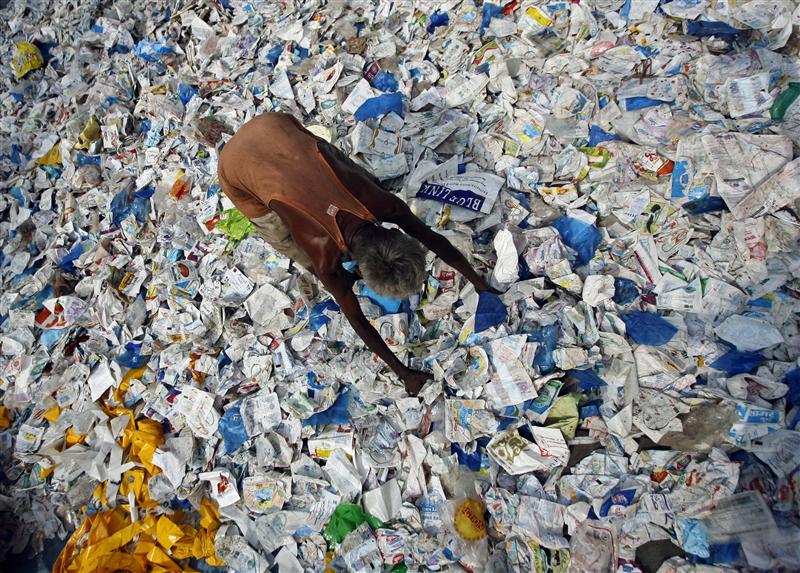 Land-use change, not climate change, is the most forceful driver of ecosystem collapse and biodiversity loss, although the latter’s impact on ecosystems is accelerating, warns a landmark new study by the UN Intergovernmental Science-Policy Platform on Biodiversity and Ecosystem Services (IPBES).

Far more dire than the UN’s doomsday reports on climate change, the IPBES report is different in a few other aspects too.

Climate change reports view the ecological problem as one of excess carbon dioxide in the troposphere. That allows the global elite to deploy climate mercenaries and tech companies to convert the eco catastrophe into a trade fair for technofixes to reduce emissions and capture atmospheric carbon.

The IPBES report, on the other hand, draws on 15,000 scientific and government sources, and on indigenous ways of knowing, to bring the problem down to Earth. The disease, the study suggests, may be one of wayward values that can be corrected by redefining “visions of a good life” to curb “overconsumption and waste” and “steering away from the current limited paradigm of economic growth”.

This is welcome news at a time when governments are ignoring the warnings of local communities against the predatory conversion of nature into commodities and criminalising their protests against environmentally harmful development projects.

This report seals the debate around platitudes about balancing development and environment. Environment will do no balancing, and human well-being will degrade when the environment erodes.

“Both nature and nature’s contributions to people are vital for human existence and good quality of life…While more food, energy and materials than ever before are now being supplied to people in most places, this is increasingly at the expense of nature’s ability to provide such contributions in the future and frequently undermines nature’s many other contributions, which range from water quality regulation to sense of place,” the report explains.

Also read: Does the Environment Matter to Indian Voters?

The report needs to be read with one caveat, though. It misleadingly claims that “Humanity…has caused natural terrestrial, freshwater and marine ecosystems to decline.” Humanity has not; a small elite section of humanity has stripped ecosystems bare and generated unmanageable quantities of waste. The real harm to nature has resulted from the quest for prosperity – characterised by conspicuous consumption and increased waste generation – rather than the alleviation of poverty.

Unlike the shrill and simplistic global climate change campaign with its democratically fraught calls for declaration of climate emergency, the IPBES report allows for a more considered approach involving reorientation of values, re-imagining the economy and the vision of a good life, protecting diversity and restoring degraded ecosystems.

The report diplomatically suggests that solutions cannot be found without upsetting the current social order. Such a fundamental and structural change is called for because “current structures often inhibit sustainable development and actually represent the indirect drivers of biodiversity loss”. 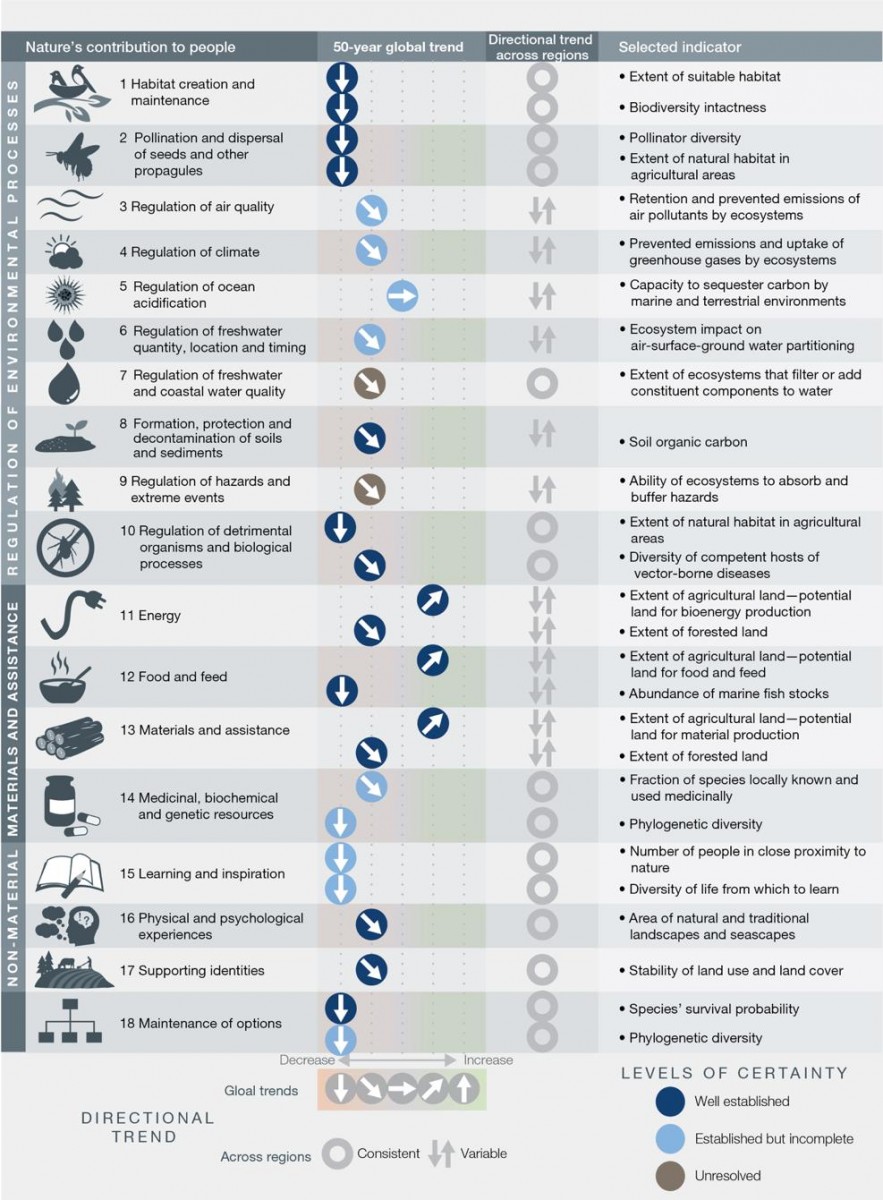 Suggestions for ways forward, and the bad news about extinctions and ecosystems in decline, are contained in the Summary for Policymakers report that was approved at the seventh session of the IPBES Plenary that concluded in Paris on May 4.

Unwise land use and reckless “development” have rendered India particularly vulnerable. Two-thirds of India’s cultivable land is vulnerable to droughts, more than a quarter of the country’s arable land has been degraded, and 12% of the land area is prone to river basin floods, according to a presentation made by a NITI Aayog advisor at a recent workshop hosted by Food and Agriculture Organisation in New Delhi.

These vulnerabilities will be aggravated by any expansion in built infrastructure. “Globally, paved road lengths are projected to increase by 25 million kilometres by 2050, with nine tenths of all road construction occurring within least developed and developing countries. . .The expansions of roads, cities, hydroelectric dams, and oil and gas pipelines can come with high environmental and social costs, including deforestation, habitat fragmentation, biodiversity loss, land grabbing, population displacement, and social disruption including for indigenous peoples and local communities.”

The report highlights how lands managed by indigenous and local communities, including farmers, fishers, herders, hunters and forest-users, are showing “negative trends in nature that underpin local livelihoods and well-being”. Even some climate change mitigation programmes such as bioenergy plantations and carbon offsets have negative impacts, the study finds.

Taken together, these impacts compromise the ability of “indigenous peoples and local communities to conserve and sustainably manage wild and domesticated biodiversity that are also relevant to the broader society”.

A key ingredient in the IPBES’s prescription for transformative change is the involvement of local communities in management and their informed consent in decision-making relating to land and sea use.

Race to the bottom

India, however, is behaving as if these findings do not apply to it. Around the time that the 2015 rains drowned Chennai in floods, India released its Intended Nationally Determined Contribution at the Paris Climate Convention. The document reads like a national suicide note. “Rapid urbanisation in the country will be one of the most dominant trends in the coming years…It is estimated that more than half of India of 2030 is yet to be built.”

The sheer demand for energy, water, building material and land for this mammoth project will kill India well before this mission even nears completion. Much needs to be done to save India from the government’s vision of India. Meanwhile, though, there are at least three controversial laws that are so at odds with the findings of the IPBES report that if left unchallenged, they will render impossible the task of restoring life to India’s ailing land- and seascapes.

“The IFA amendment is like a fanciful flight of a colonial forester, drafted by the forest department, with the forest department and for the forest department (and the industry as its ally),” according to a critique of the proposal by Pune-based Kalpvriksh. Intended to neutralise the Forest Rights Act, 2006, which recognises the rights of forest dwellers to access and manage forests, the current proposal will delegitimise rights, strengthen and militarise the Forest Department, empower the government to take over forests and commons, and hand over forests to commercial entities for plantation and compensatory afforestation.

The 2010 rules covered all wetlands, including man-made wetlands other than river channels and paddy fields. The new rules, however, exclude human-made water bodies and tanks specifically built for drinking water purposes and structures constructed for aquaculture, salt production, recreation and irrigation. In other words, the rules fail to cover 9.7 million hectares or 65% of the total area identified as wetlands by the Space Applications Centre.

Brought in to replace the far-from-perfect Wetland Rules, 2010, the new rules have been expressly crafted to liberate land for real estate development.

Consider the case of wetlands categorised as salt pans which are spread over six lakh acres across India, of which 61,000 acres are owned by the Central government. The Department of Industrial Policy and Promotion, Ministry of Commerce, plans to transfer the land to other departments such as ports, renewable energy or sell it to central public sector units at market rate.

In places like Ennore and Kanyakumari, Tamil Nadu, and Mundra, Gujarat, fisherfolk have locked horns with the Central and state PSUs and companies like Adani and Tatas over the conversion of salt lands to industrial real estate.

The new notification dilutes the earlier rules by throwing in affordable housing as an excuse to allow for denser construction closer to the high tide line than previously permitted. Tourism for employment is invoked to justify the construction of temporary facilities within 10 metres of the waterline. The process for obtaining permission for activities within urban and rural areas near the coast has been eased and made less rigorous by decentralising it to state and even town planning authorities. And any strategic project, that includes mega highway and port projects, will have blanket exemption from the law allowing for the obliteration of seas, sand dunes, mangroves and tidal wetlands.

Given what we are being told by UN empanelled scientists, opposing land-degrading schemes like ports, power plants, mines, plantation forests, expressways, dams and transmission towers are perhaps as, if not more, important than cheering for renewable energy.

Communities across India that are calling for and showing the way to such transformative change are being targeted as anti-nationals. That is to be expected. The IPBES rightly warns that “By its very nature, transformative change can expect opposition from those with interests vested in the status quo, but such opposition can be overcome for the broader public good.”

That is why in India, for transformative change to occur, the government itself has to be overcome or reclaimed as it is inextricably linked to the “interests vested in the status quo”.