Where Does Trump's Decision to Pull out of Paris Accord Leave the US?

The US president’s administration may have announced the country's pull-out from the Paris Agreement but the world, including US cities and organisations, has shown a steely resolve to see it through. 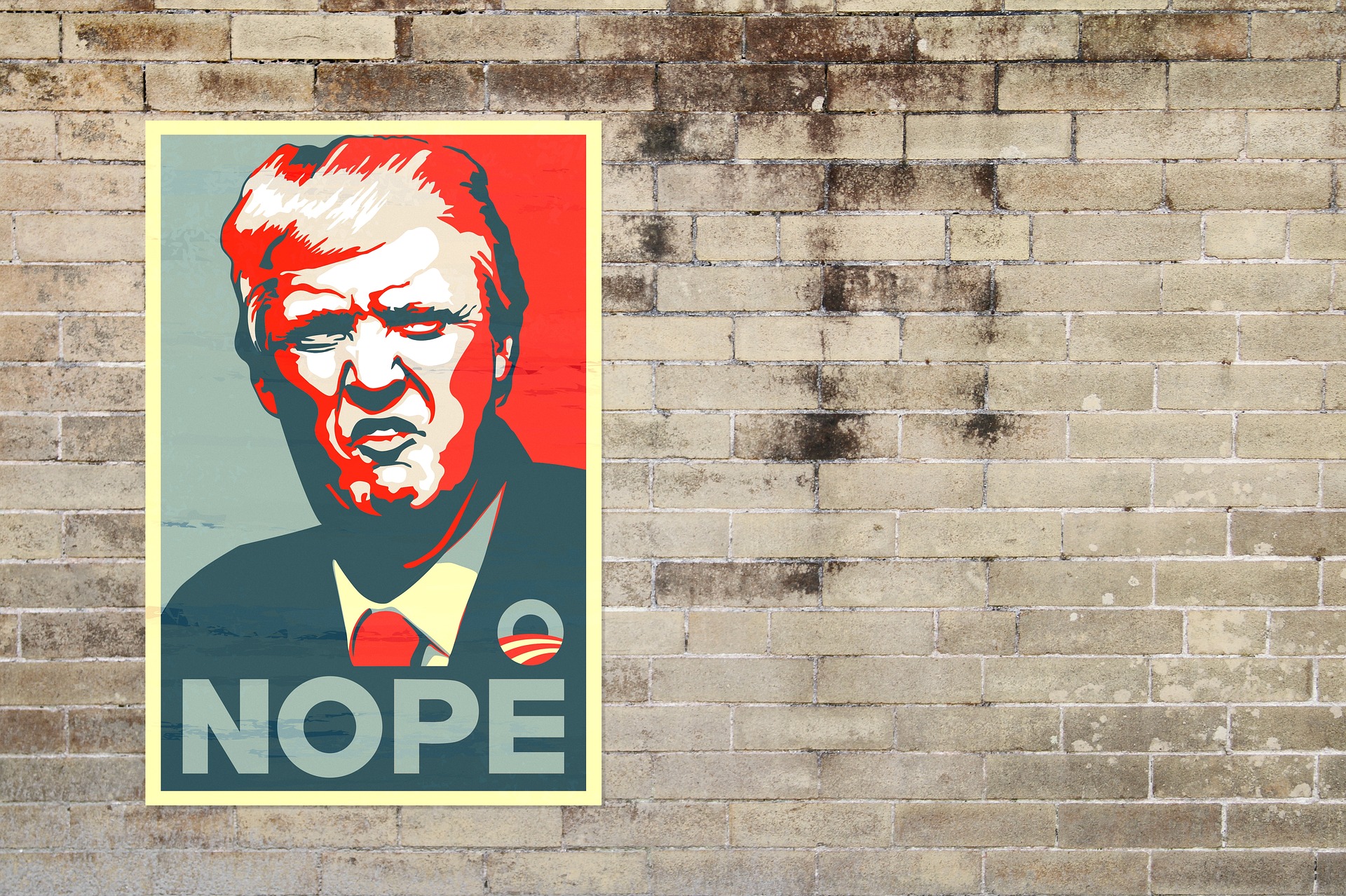 With 197 members of the United Nations Framework Convention on Climate Change (UNFCCC) having acceded to or signed the Paris Agreement, the accord is by any standards an exemplary show of global collaboration and commitment towards the common fight against climate change – with the exception of one party: the United States of America.

The US will be the only country not part of the Paris Agreement on climate change if it goes ahead with its departure, as announced by President Donald Trump earlier this year.

Also read: What Trump’s decision to pull the US out of the Paris climate deal means

Once a leader in climate change discussions, the US now stands isolated in the shadows while countries like Germany, France and the UK take the lead on climate action.

“Trump has isolated the US on a number of issues that are harmful to the people of the US and to the world – climate action may be the worst one of them all,” Naomi Ages, the climate liability project lead at Greenpeace USA, told The Wire. “The administration is decidedly pro-fossil fuels… These are not environmental champions. They are politicians who choose business interests over people and public health.”

Niklas Höhne, a founding partner of the NewClimate Institute for Climate Policy and Global Sustainability, an organisation that supports research and implementation of action against climate change out of Germany, said he believes when Trump announced the US’s withdrawal, he probably didn’t expect to be isolated but instead hoped to start a ripple of similar exits. However, the reaction internationally and from within the country has been anything but that.

Within an hour of Trump’s announcement, Germany, France and Italy issued a joint statement expressing their disappointment. They not only underscored their resolve to forge ahead with the agreement but also redouble their efforts towards helping poor countries meet targets.

“We deem the momentum generated in Paris in December 2015 irreversible and we firmly believe that the Paris Agreement cannot be renegotiated since it is a vital instrument for our planet, societies and economies,” the statement said. “We will step up efforts to support developing countries, in particular the poorest and most vulnerable, in achieving their mitigation and adaptation goals.”

Trump also finds himself alienated not just by other parties that are signatories to the Paris accord. He has been abandoned by illustrious American leaders in business, academics, faith organisations; and, by many of the country’s states and counties. At the recently concluded COP23, the US administration defied the very objective of the meeting – to find solutions to check climate change, including the phasing out of the use of fossil fuels and moving towards more renewable sources of energy. At the climate change conference, the only official US appearance had a team of panelists promoting coal.

Michael Bloomberg, a former New York mayor and a UN special envoy for cities and climate change, criticised the panel’s message, saying, “Promoting coal at a climate summit is like promoting tobacco at a cancer summit.”

We Are Still In, a group that calls itself “the largest cross-section of local leaders in support of climate action in the United States”, boasts of more than 2,500 of America’s leaders as signatories. Another initiative led by California Governor Jerry Brown and Bloomberg, called America’s Pledge, seeks to compile and measure the actions of American states, cities and businesses to drive down their greenhouse gas emissions consistent with the goals of the Paris Agreement.

“Perhaps President Trump thought he’d bring others along with him, but the overwhelming response from the international community is that of remaining firm around the Paris Agreement and climate action,” Höhne said.

The implications of isolation

At the COP23, America’s Pledge released its first report addressing the scope and scale of non-state actors’ role in climate action despite the Trump’s decision. The report finds that 20 US states, 110 US cities, over 1,400 businesses with US operations representing $25 trillion in market capitalisation and nearly one gigatonne of greenhouse gas emissions per year have adopted quantified emissions reduction targets. If these entities were a country, they would account for being the third largest economy in the world and bigger than all but two parties to the Paris Agreement. 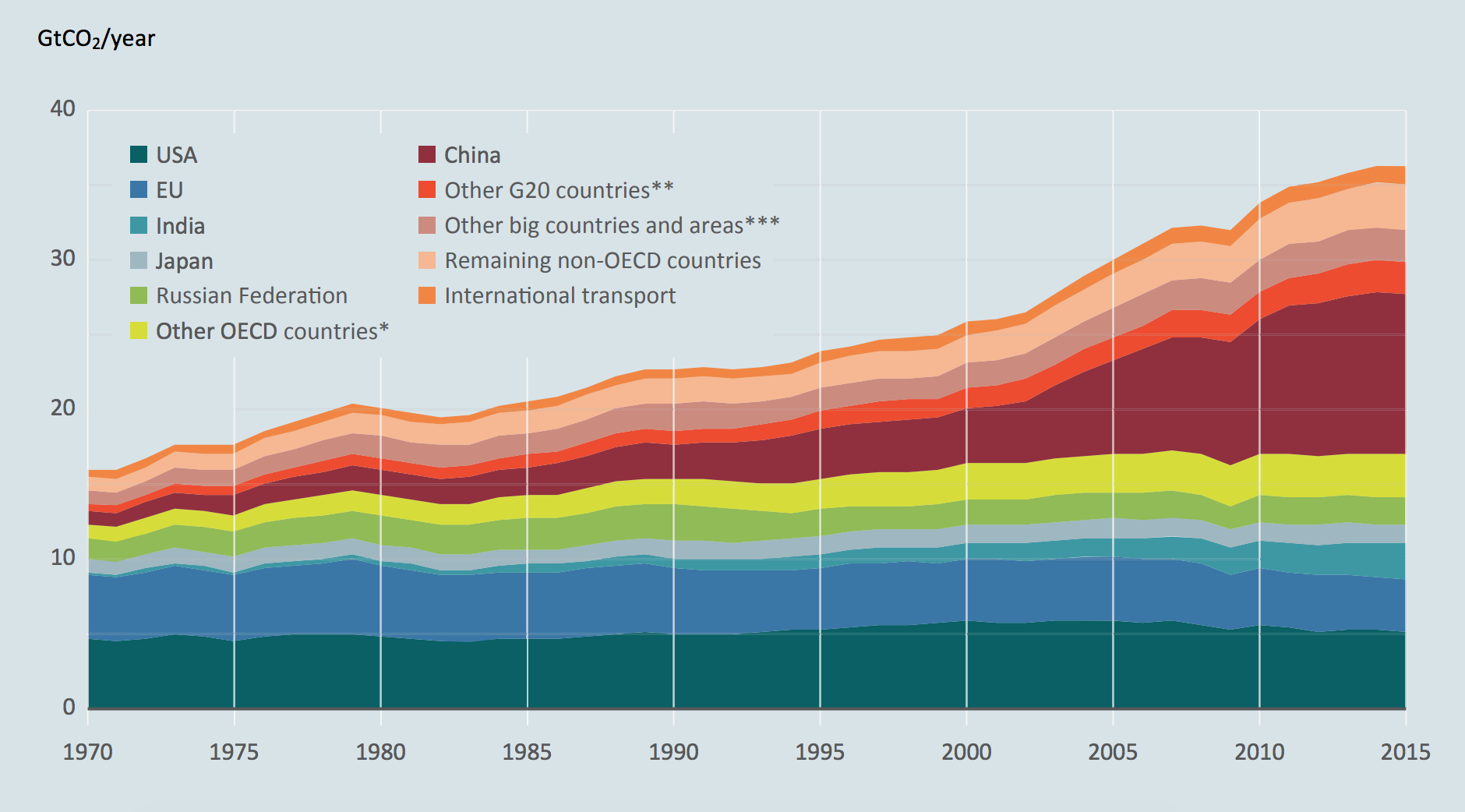 A major tenet of the Paris Agreement also required countries to create a level playing field for all. Many developing countries have argued that developed nations have been historical polluters and top contributors to greenhouse gases, thus reasoning that they should bear more financial burden than developing countries.

It is to this end that the Green Climate Fund (GCF) was created – to aid and encourage developing countries to invest in cleaner energy. For starters, developed countries pledged $10.3 billion to the GCF, with the U.S. being its largest contributor, followed by Japan ($1.5 billion), UK ($1.2 billion), France ($1 billion) and Germany ($1 billion). Advanced economies also formally agreed to jointly mobilise $100 billion per year by 2020 for the GCF, from a variety of sources, to address the pressing mitigation and adaptation needs of developing countries.

The Obama administration had pledged $3 billion to the fund, of which $1 billion has been delivered. Trump has said he will end US contributions to the GCF, which means there will be significantly less climate finance for developing countries, a void which will have to be filled by others.

So America’s egress has spurred a spirited determination on the part of other countries to do more. The European Union, Canada and China co-hosted high-level representatives meeting from 34 economies in September this year where they discussed their steadfast resolve on the commitment to climate action and the implementation of the Paris Agreement.

“Recognising the importance of providing clarity and certainty to all actors, including investors, many participants acknowledged their political commitment to complete the Paris Work Programme in 2018,” said a statement by the Government of Canada.

In 2016, Germany provided $1.6 billion to help developing countries adapt to the effects of climate change. During COP23, German Chancellor Angela Merkel, announced, “We are providing a further €100 million to the Adaptation Fund this year so that we can help the least developed countries with this difficult task.”

At the COP23, a global partnership for climate risk insurance in developing countries was founded as a joint initiative of the G20 and the countries affected by climate change and the World Bank. French President Emmanuel Macron, Antonio Guterres, the secretary general of the United Nations, and Jim Yong Kim, president of the World Bank, are also slated to hold a summit on climate finance in Paris on December 12.

At the end of the COP23, the UNFCCC also announced that its Adaptation Fund had exceeded its 2017 target. “The target for funding this year was $80 million, but funding announcements including by Germany and Italy has exceed this by over $13 million taking the total to $93.3 million,” a statement read.

Han Chen, an international climate advocate at the Natural Resources Defence Council, supports the stand of countries to go ahead with the Paris Agreement. “Diplomats shouldn’t bend over backwards to accommodate unreasonable demands from Trump just to get him to rejoin the Paris Accord. Leaders from other countries should stand firm and demand that the US not only rejoin the Paris Accord but that it honours commitments for climate finance for the most vulnerable countries,” she told The Wire.

The 2015 Paris Agreement, adopted in Paris on December 12, 2015, seeks to accelerate and intensify the actions and investment needed for a sustainable low carbon future. It aims is to keep the global temperature rise well below 2º C above pre-industrial levels and to pursue efforts to limit the temperature increase even further to 1.5º C.

As of today, there are 197 parties to the convention, of which 170 parties have ratified it, including the US. However, it looks likely that the US under President Trump will withdraw from the agreement, as announced in June this year. However, the US cannot legally leave till November 4, 2020.

Arlene Chang is an independent journalist.