Trump or No, Climate Change Action Will Take a Beating from Long-Term Economic Forces Anyway

Conspicuously absent in all mainstream discourse since Trump won the elections is discussion of the systemic factors that underpin continued massive emissions worldwide. 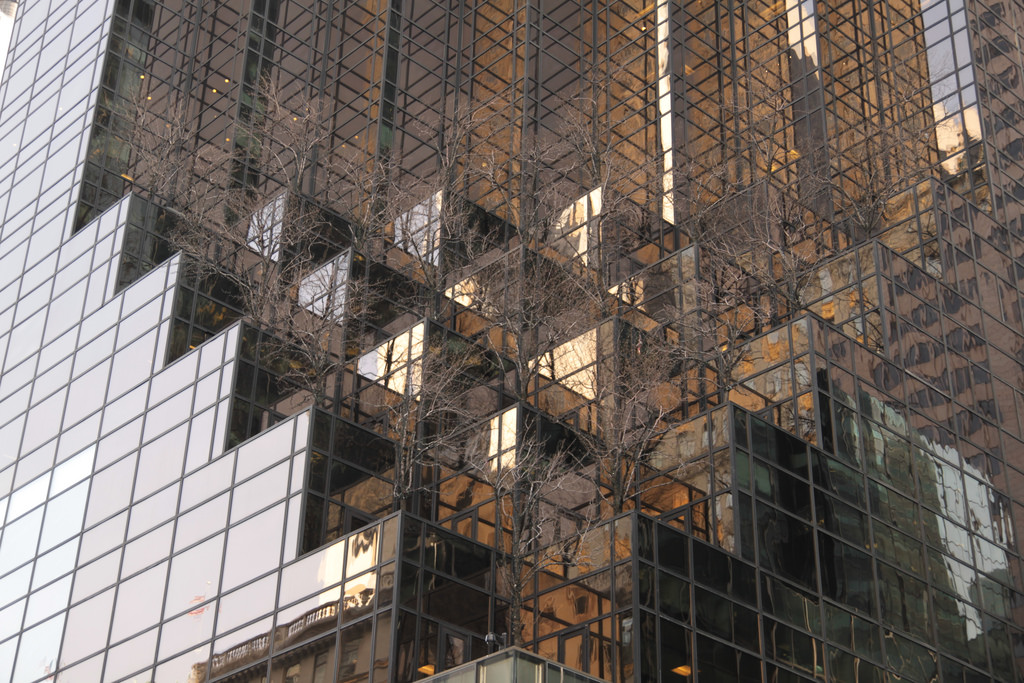 Donald Trump’s being elected the 45th President of the US has sent shock waves through the climate change community worldwide. Examining some recent energy and emission trends in the US would contribute to our understanding of what Trump might or might not undo. And while our initial shock and dismay is totally warranted, it would be short-sighted of us to ignore deeper drivers of global warming that will persist even after Trump comes and goes.

About Trump’s domestic climate impact: since 2011, US carbon dioxide emissions have dipped slightly, a result of a fall in energy intensity – the energy needed per unit of GDP – across the manufacturing, transport and service sectors, along with a greater shift to natural gas. A note put out last month by the US Energy Information Administration (EIA) says US’s carbon dioxide emissions will fall marginally further in 2016 to a little under 5.2 billion tonnes, helped by milder weather, an increase in renewable energy and a fall in coal use. It is these recent gains that Donald Trump could seek to undermine. It’s been reported that Trump intends to abandon President Obama’s Clean Power Plan (CPP). The CPP has three key “building blocks”: reducing the carbon-intensity of electricity generation by making coal plants more efficient; substituting coal plants with natural gas and substituting coal with renewable energy sources. It is the first and third of these in particular that Trump may seek to reverse.

The use of natural gas

Coal consumption in the US has been in decline in recent years. The latest EIA data indicates that it fell 13% in 2015, when a hundred mines closed down; employment at the coal mines fell by 12% to 66,000 employees. Coal consumption fell a further 18% in the first six months of 2016 over the comparable period last year.

Basically, two factors have together been pushing coal consumption downward in recent years: the falling price of gas and stricter pollution norms. If a Trump administration were to jettison the planned efficiency norms – the CPP’s first building block – it could boost coal once again. And plants that would have shut down or would have had to retrofit to meet lower carbon pollution standards would not need to.

But to some extent this would be offset by low gas prices. The choice of fuels is heavily influenced by price, and the continued use and expansion of natural gas will persist in deflating coal consumption in the US. Natural gas consumption in the US was at a new record high in 2015, according to BP’s Statistical Review 2016. Gas production also increased massively last year, accounting for half of all the world’s increase in production. The Trump administration will not alter this; his campaign website stated at one point that he would “encourage the use of natural gas”.

Unfortunately, the expanded use of natural gas – and in this there would have been no big difference between Clinton’s administration and Trump’s – is also problematic. There are two reasons why anyone concerned about climate change should be wary: the gas expansion in the US since 2009 has been through hydraulic fracturing, or ‘fracking’, and not conventional gas, whose production pretty much peaked in the US in 2001. The fracking process is, in terms of its impact on climate change, vastly more damaging than conventional gas because of massive methane leakages during fracking and transportation. These are called fugitive emissions.

According to studies quoted by the Post-Carbon Institute, this means that fracking gas is climatically not much less harmful than coal. So while the US’s carbon dioxide emissions are in slight decline, its methane contribution has been growing since 2009, leading to rising methane levels in the atmosphere. Second: methane is normally understood to be about 25-times as potent in warming the globe as carbon dioxide but is actually arguably at least twice as damaging as that.

There are also concerns that a new Trump administration might slow down the expansion of renewables – the third building block of Obama’s CPP. Renewables currently account for 10% of energy use in the US. Half the renewable energy in the US, it must be said, comprises biofuels and other biomass. They use corn and their reduced use may not be a bad thing.

Solar and wind energy have only begun to rise. The large expansion of solar power in the Obama years was from a small base-line: of total US energy consumption in 2015, solar energy comprised barely 0.6% and wind 2%. It was primed for growth – and which a Trump administration may slow down precisely when its expansion is needed the most. At the same time, price is a key factor here. It’s likely that the continuously falling prices of solar photovoltaic cells and wind power will ensure their continued rise in the US through the Trump years.

Moreover, internationally, there has been huge concern that the Trump administration may withdraw from the Paris Agreement on climate change. Under Article 28 of the agreement, no country that has signed on can leave for at least four years but Trump could well choose to ignore US’s commitments. Significantly, China has promptly made clear that it will meet its obligations irrespective of what the Trump administration does.

But there are two things that should concern us even more. The first is that, even if all the national commitments made under the Paris Agreement are met – and this includes the Obama administration’s, which Hilary would presumably have implemented – the planet is on course for 3º C of average warming, which is staggeringly beyond what is considered safe.

Second: conspicuously absent in all mainstream discourse since Trump won the elections is discussion of the systemic factors that underpin continued massive emissions worldwide. From 1970 and until 2010, according to the IPCC’s Fifth Assessment Report (the latest), every 1% growth in GDP worldwide resulted in a 0.4% rise in fossil-fuel carbon dioxide emissions. While this umbilical connection has weakened slightly over the past three years – partly due to the recent growth in renewables and, even more so, China seeking to reduce its dependence on coal to grapple with local pollution – the emissions of other key greenhouse gases, such as methane, have continued to rise.

The central factor is an economic system that seeks to constantly expand and increasingly inequitably. Global economic growth “is projected to slow to 3.1 per cent in 2016 before recovering to 3.4 per cent in 2017,” says the International Monetary Fund’s World Economic Outlook report, October 2016. The growth rate of world output, wrote Thomas Piketty in his seminal book Capital in the 21st Century, will grow by 3% each year on average until 2050.

Whether that high a rate of growth will persist is moot; in any economy that is primed to continuously expand, technological improvements alone can only help so much while greenhouse-gas emissions tend to zig-zag up and down within a narrow band or plateau during some years at best. In effect, while being stunned by Trump’s victory, let us neither invisibilise nor underestimate the inherent, long-term economic tendencies that prevent greenhouse gas emissions worldwide from declining as the science demands they should. In fact, they may well rise again.

Nagraj Adve is a member of India Climate Justice. He works and writes on issues related to global warming.