The full impact of Trump's decision still depends on whether other countries follow the US lead and decide to withdraw from the pact. 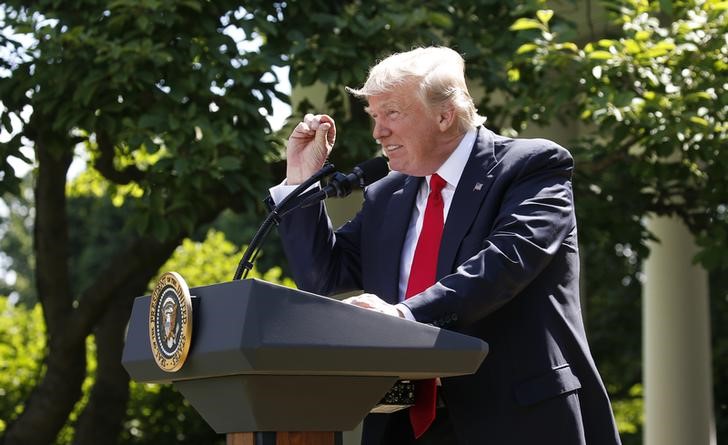 US President Donald Trump refers to amounts of temperature change as he announces his decision that the US will withdraw from the landmark Paris Climate Agreement, in the Rose Garden of the White House in Washington, US, June 1, 2017. Credit: Reuters/Joshua Roberts

Geneva: US President Donald Trump‘s decision to pull out of the Paris climate accord will affect foreign direct investment (FDI) and may lead to investor-state disputes, the head of investment at the UN trade and development agency UNCTAD said on Friday, May 2.

James Zhan, senior director of investment and enterprise at UNCTAD, told reporters that US policy was an important influence in the global pattern of FDI flows such as crossborder corporate mergers and investment in start-up projects abroad.

“We cannot quantify it but we see there will be an important impact on global FDI and on FDI into the US as well,” he said, referring to Trump‘s announcement.

Many countries have signed up to investment treaties that protect the rights of companies, allowing firms to sue a government in an ad hoc arbitration if they feel their rights have been abused, such as by a change in the legal basis on which their investment was made.

So-called investor-state dispute settlement (ISDS) is intended to reassure investors but it is controversial because it gives companies rights over governments, and has led to huge payouts, such as Ecuador’s agreement to pay Occidental Petroleum Corp roughly $980 million for seizing one of its oil fields.

The full impact of Trump‘s decision still depended on whether other countries would follow the US lead and decide to withdraw from the pact, he said. Many countries had already put policies in place relating to the Paris deal, he added.

So far no countries have said they will follow Trump‘s lead, which has been widely condemned, with China and Europe pledging to unite to save “Mother Earth” in the face of Trump‘s decision to take the world’s second largest carbon polluter out of the Paris climate change pact.

If countries did make changes in the wake of Trump‘s announcement, they would affect the foreseeable profitability of energy- or climate-related investments.

“That may trigger some kind of investor-state disputes,” Zhan said.