Fani, as the first of its kind in this decade, has illustrated our need for climate-resilient infrastructure, including better housing and public supply systems. Its successors will put them to the test. 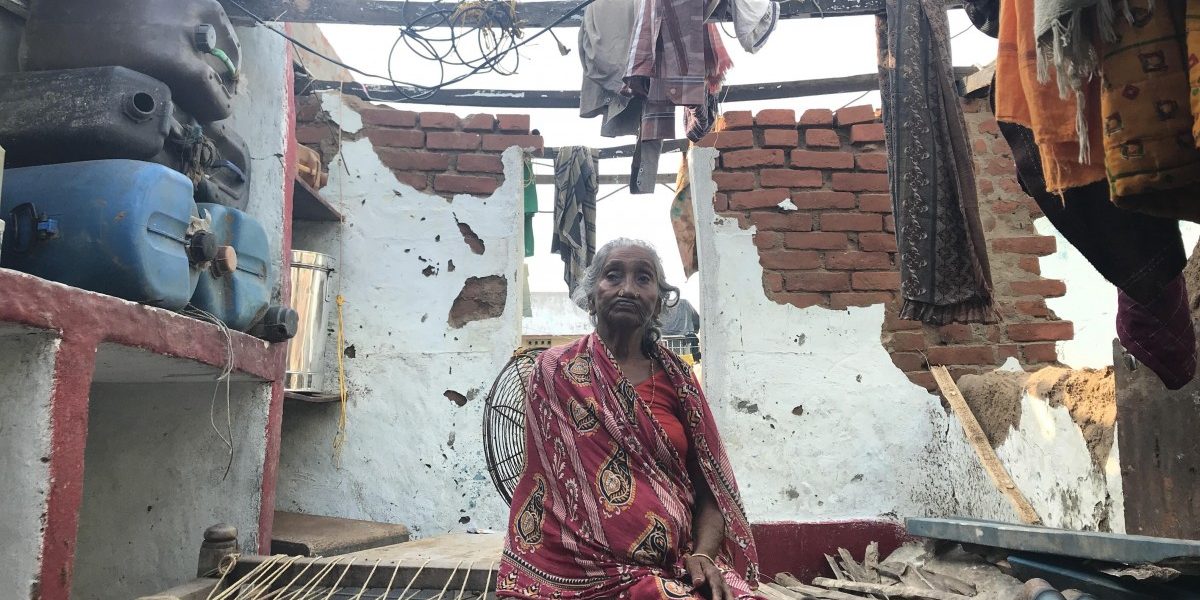 All 1,500 marine fisher families lost their boats and fishing nets to Cyclone Fani. Their houses were destroyed, too. Photo: Nidhi Jamwal

In early May, when the media was busy with covering the Lok Sabha elections, a severe cyclonic storm named Fani struck the city of Puri in Odisha, leaving behind a trail devastation. Fast winds uprooted trees, mangled power transmission lines and destroyed bastis; fishing boats went missing and many lost their nets, crops and infrastructure. Puri had never faced anything like this before.

Both the national and the international media lauded the state government and the India Meteorological Department (IMD), whose timely and accurate cyclone forecast helped evacuate lakhs of people. However, when it comes to cyclones, their making landfall is not the only time they are destructive. According to Bishnupada Sethi, Odisha’ special relief commissioner, Fani caused damaged Odisha to the tune of Rs 100,000 crore.

Take the case of the Penthakota urban slum in Puri, which houses over 1,500 Telugu-speaking marine fisher families. Since the slum is right on the coast, its residents bore Fani’s destructive brunt. Imagine: the storm struck Puri on the morning of May 3 with winds blowing at nearly 200 km/hr.

All the fishers lost their boats and fishing nets. A majority of the houses were rendered roofless. Those with roofs made of mud and thatch simply collapsed. Even though these fishers have been living on the coast for many decades, and Odisha is no stranger to cyclones, they claim they have never faced a storm like Fani before, whose winds they say turned them “deaf”.

Just across the road, all the hutments in Harchandi basti have collapsed as well, and its residents forced to live out in the open. They allege that government agencies were slow to bring aid and that they were forced to go hungry for two days. It was only after that people setup community kitchens to feed cyclone-affected families. 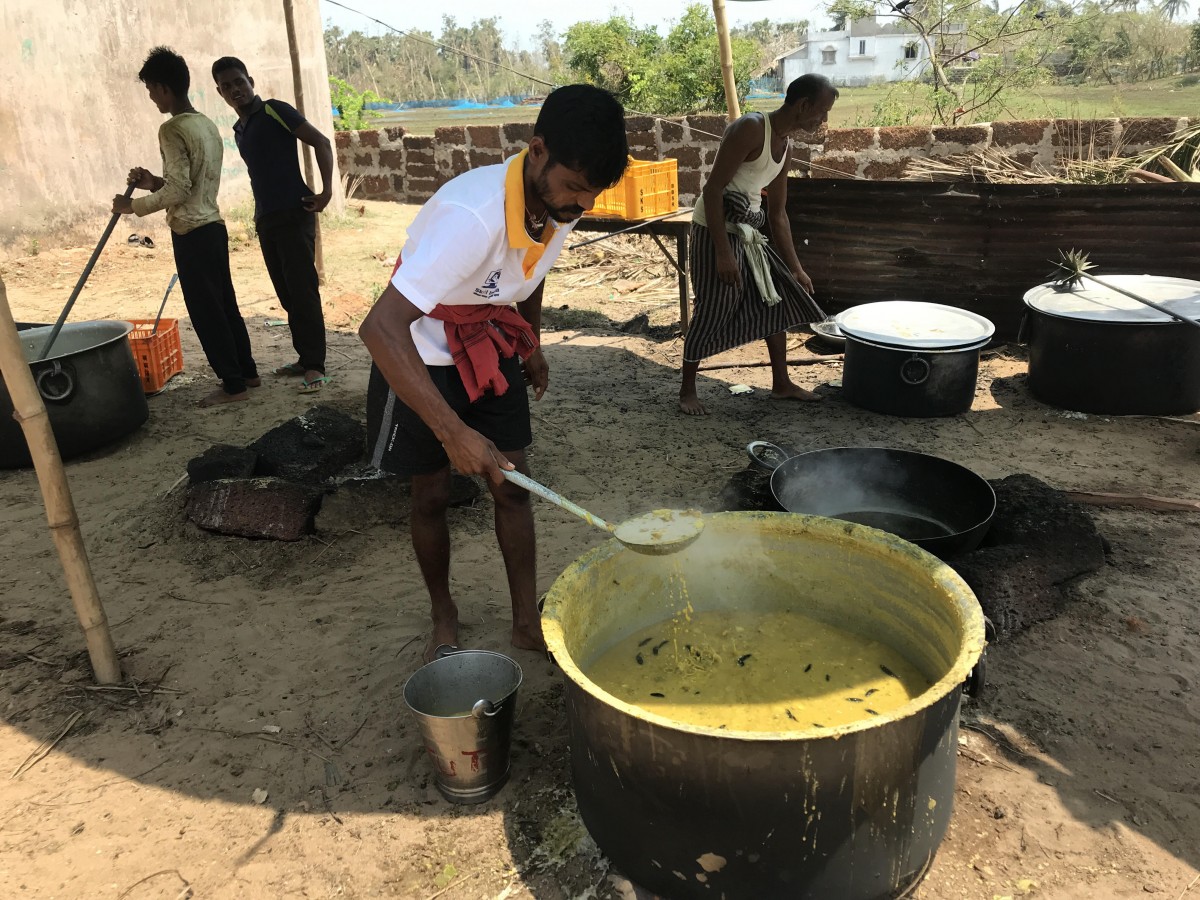 Community kitchens set up by non-profit organisations fed people for days as Fani’s winds had blown everything away. Photo: Nidhi Jamwal

The destruction caused by Fani was also evident in Bahrampur, an island village inside Chilika, Asia’s largest brackish water lake spread over 1,100 sq. km. Like Penthakota, according to Gaon Connection, Bahrampur’s 1,500 fisher families lost the sources of their livelihood. These families now depend on fishing in Chilika to eke out a living, and believe they will be able to return to pre-Fani status quo in nothing less than two or three years.

Apart from the loss of houses, boats and nets, all hand-pumps in the region – which supply drinking water – have turned saline, and the people are consuming it as well for lack of alternatives. Many women complained of rashes on the skin and of children acquiring stomach infections as a result.

Fani also hit coastal farmers hard, especially the numerous small and marginal farmers who depend on cashew cultivation. Among India’s states, Odisha is the third-largest producer of cashew nuts: about 100,000-125,000 metric tonnes per year (raw), which is over 13% of the country’s total production.

In the village of Rameshwarpatna, about 10 km from Puri, Fani uprooted all cashew plantations. Each farmer here claims to have suffered losses worth about Rs 70,000-80,000. A women’s self-help group (SHG) called Narayani had invested Rs 50,000 earlier this year and taken up a cashew plantation on lease. Thanks to Fani, they lost a hundred trees and the SHG lost all its money.

All of these also said that they had never experienced anything like Fani’s winds before.

According to M. Rajeevan, the secretary of the Union ministry of earth sciences, 14 severe tropical cyclones formed in the Bay of Bengal in the Aprils of 1891-2017. Of these, only one crossed over mainland India; Fani was only the second one to have done so. He added that it was rare for a tropical cyclone to take shape in April. 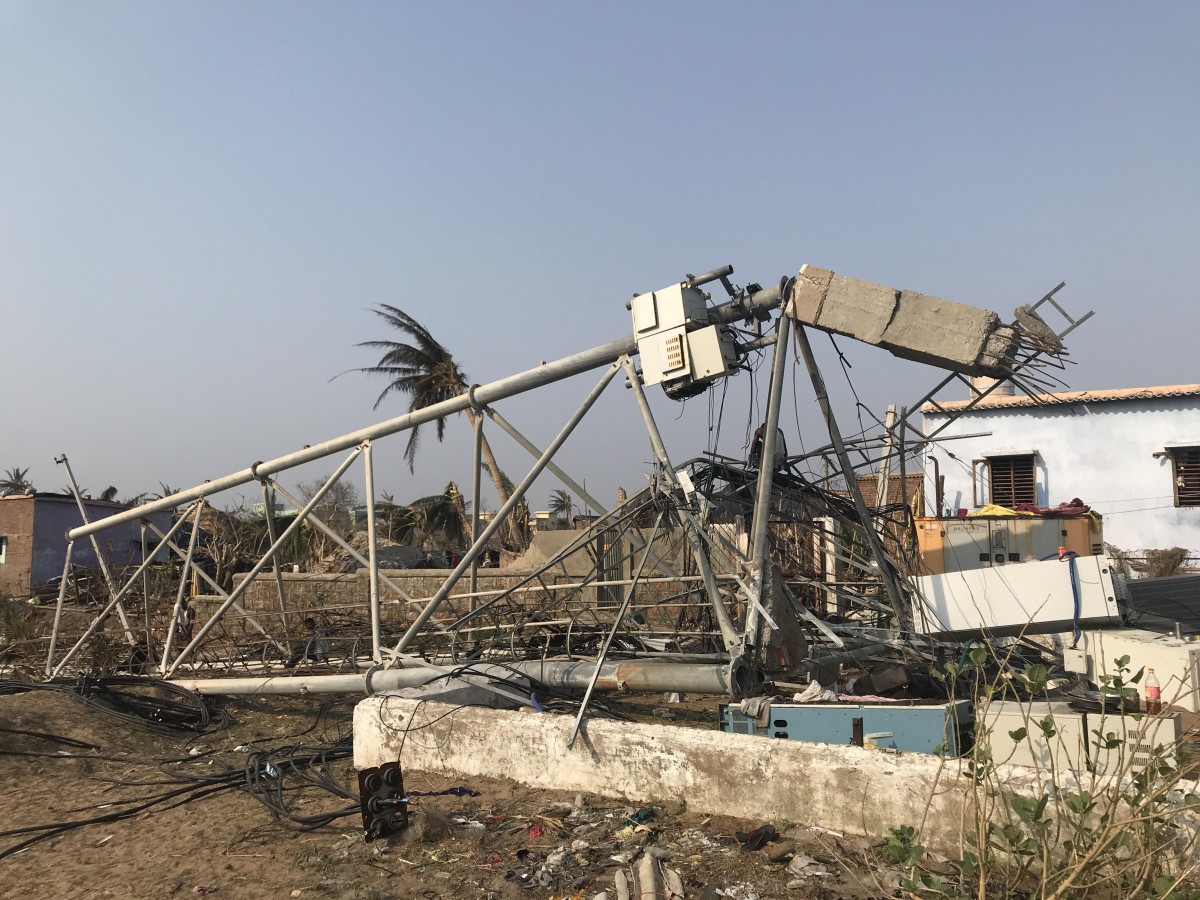 In April this year, Fani formed very close to the equator, moved across a (relatively) large distance and had a long life cycle. All of this is unusual, and experts suspect the changing climate might have had a hand in this. While tropical cyclones may not become more frequent, there is a good chance for a low-pressure system to worsen into a storm because the surface of the oceans is becoming warmer, Rajeevan said.

Further, in spite of its protracted journey over the Bay of Bengal, it did not weaken but only became more intense because of the warmer waters underneath it. The more heat there is below a tropical cyclone, the stronger it becomes, so Fani’s unprecedented strength is a sign that the Bay of Bengal is becoming warmer. This in turn increases the chances of there being more such storms in the future.

In a 2010 study, the National Institute of Oceanography, Visakhapatnam, reported – based on tracking 13 cyclones using data from the US National Oceanic and Atmospheric Administration – that upper-ocean heat-content plays an important role in intensifying cyclones. A bit of correspondence published in the journal Current Science in May 2001 reads:

So it is imperative that we improve our disaster preparedness, response and management systems. Fani, as the first of its kind in this decade, has illustrated our need for climate-resilient infrastructure, including better housing and public supply systems. Its successors will put them to the test.

Nidhi Jamwal is an environment editor with Gaon Connection.