Tourism to Blame for 8% of Greenhouse Gases, Finds Study

The trillion-dollar tourism industry will emit 6.5 billion tonnes of carbon emissions by 2025. 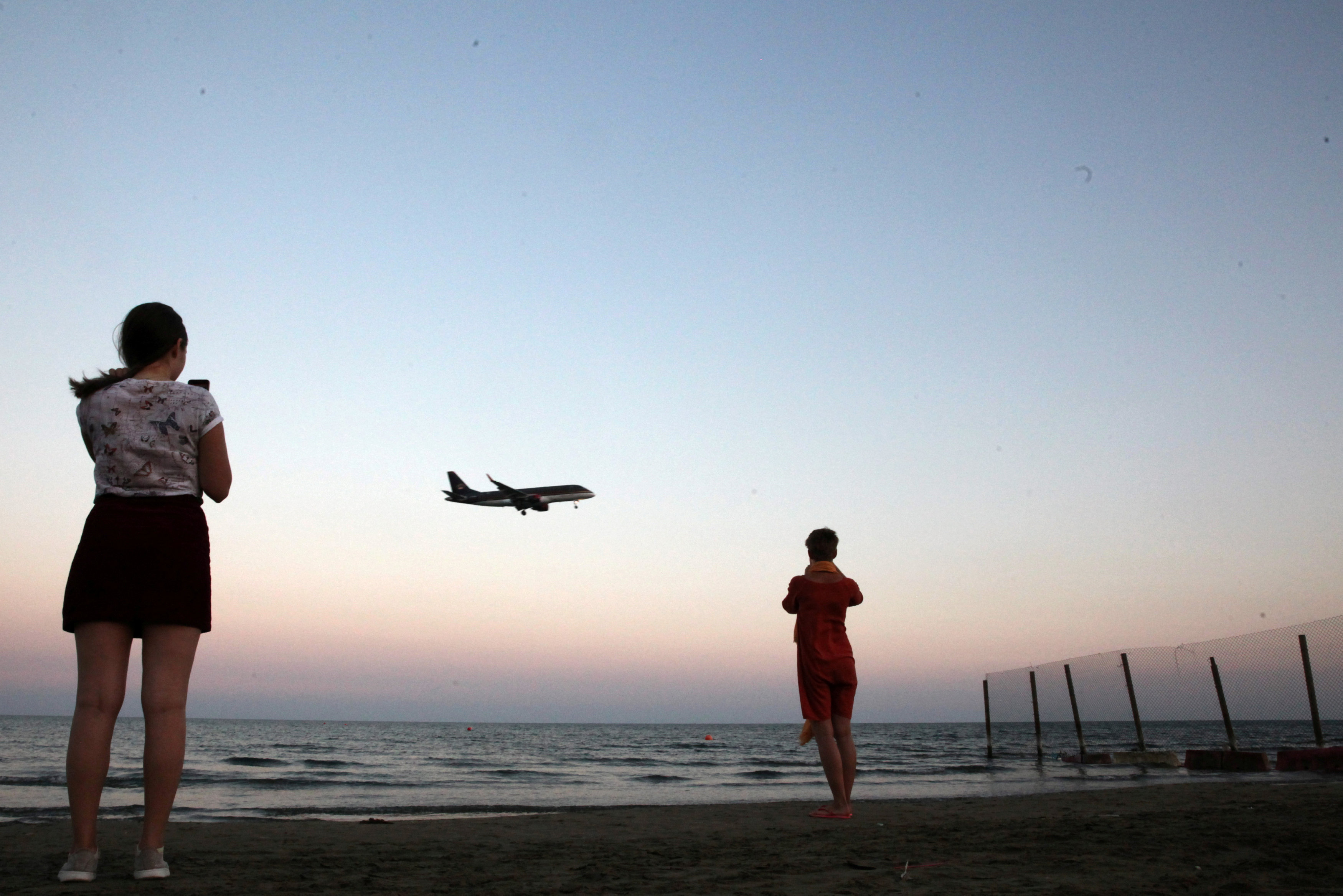 Tourists take pictures on a beach while an airplane prepares to land in Cyprus October 22, 2017. Credit: Reuters/Yiannis Kourtoglou/File Photo

Bonn: Tourism is responsible for a 12th of world greenhouse gas emissions and a vacation boom is complicating a global drive to slow climate change, scientists said on Monday.

Emissions from tourism, mostly by domestic travelers, were highest in the US, China, Germany and India, according to a review of 160 nations led by the University of Sydney and published in the journal Nature Climate Change.

Tourism, including flights, hotels, food and even the production of souvenirs, emitted the equivalent of 4.5 billion tonnes of carbon dioxide in 2013, the most recent data available, or 8% of all man-made greenhouse gases, up from 3.9 billion in 2009, it said. That was far above many previous estimates, using narrower definitions, that tourism accounts for just 2.5-3% of world emissions, it added.

And on current trends, the trillion-dollar tourism industry will emit 6.5 billion tonnes of carbon emissions by 2025, the review said, making it one of the fastest-growing source of the planet-warming gases that governments are trying to cut.

Flights were the biggest single contributor, according to the study by scientists in Australia, Taiwan and Indonesia. “We recommend flying less and staying Earth-bound where possible, e.g. use public transport,” co-author Arunima Malik of the University of Sydney told Reuters in an email.

Lead author Manfred Lenzen said plane tickets would have to be far more expensive to reflect the harm caused by greenhouse gas emissions from burning jet fuel. “If I flew from Melbourne to the UK return, I would pay at least an additional A$205 ($150) to offset my emissions; for a return trip between Sydney and Brisbane, about A$18 extra,” he wrote in a news release.

Almost 200 nations are meeting in Bonn this week to write a “rule book” for the 2015 Paris Agreement, which seeks to slash greenhouse gas emissions to avert more heat waves, downpours, droughts and extinctions.

Patricia Espinosa, head of the UN Climate Change Secretariat hosting the talks, said the tourism industry itself was making “good progress” to clean up.

“A lot of what the industry is selling depends on the preservation and conservation and the protection of the environment,” she told a news conference.

The study added up all emissions from tourism but did not try to compare how a holiday compared with staying at home, where people also emit greenhouse gases, through everything from heating to commuting.