The state government should be lauded for heeding public interest over corporate interest. 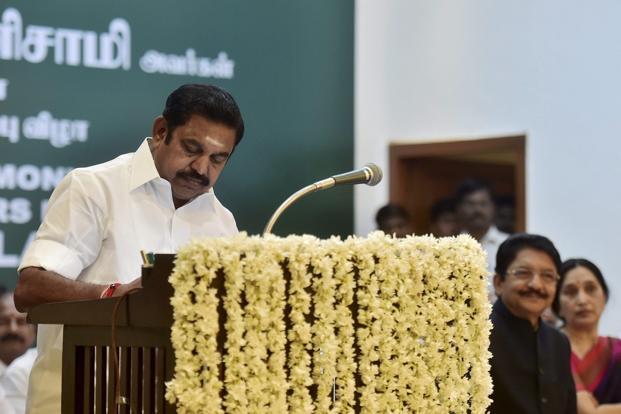 Acknowledging public sentiment against hydrocarbon exploration and production activities in the Cauvery delta, Edappadi K. Palaniswami, the chief minister of Tamil Nadu, has requested the Centre to exclude the state from the Union environment ministry’s recent exemption.

In a departmental order dated January 20, 2020, Palaniswami identified the Cauvery delta as “an ecological sensitive zone” and asked the Centre “to restore the Environment Impact Assessment Notification, 2006, vide number S.O.1533 (E), dated the 14th September, 2006, mandating prior Environmental Clearance & Public Consultation for ‘Off-shore and On-shore oil and gas exploration, development & production projects’ and categorise them under ‘Category A’ for the Cauvery Delta area.”

On January 16, the Union Ministry of Environment, Forests and Climate Change had issued an amendment to the EIA Notification, relaxing the rules for companies engaged in onshore and offshore exploration of oil and gas, collectively referred to as hydrocarbons.

However, the ministry had failed to issue a mandatory 30-day notice to stakeholders to comment on the proposed amendment. Objecting to this lapse, the chief minister of Tamil Nadu has now said, “I would also like to inform that before the issue of Notification dated 16.1.2020, no draft notification was circulated as mandated and no opportunity was given to the stakeholders and to the state government to offer our views.”

Palaniswami’s letter represents a welcome move, and the state government should be lauded for heeding to public interest over corporate interest. The Government of India, which has expressed its intent to win the trust of big corporations, has been forced to contend with India’s federalism whereas even pliant state governments are responding to public pressure against corporate interests.

The press release issued by the chief minister’s office, and addressed to the Union environment ministry, states that “projects involving exploration and extraction of hydrocarbons have faced strong resistance from farmers/activists and other stakeholders in Tamil Nadu.”

The chief minister also notes in the release that “the opposition to these projects has been emotive and intense” as most of these projects are situated in the Cauvery delta districts “which is ecologically a fragile zone, but a very fertile region and rice bowl of the state.”

Palaniswami’s communiqué underscores the importance of taking “the people and all stakeholders along, while implementing these projects, so that their co-operation and involvement is ensured.”

Rejecting for once the environment ministry’s agenda to improve the ease of doing business, Tamil Nadu’s note to the Centre states that the latter’s dilution of environmental due diligence for companies like Vedanta Ltd. and the Oil and Natural Gas Corporation “goes against [the] spirit” of taking people and all stakeholders along.