Trump's executive order to roll back the Clean Power Plan will not impact the policies of other countries, but moving money away from climate research will. 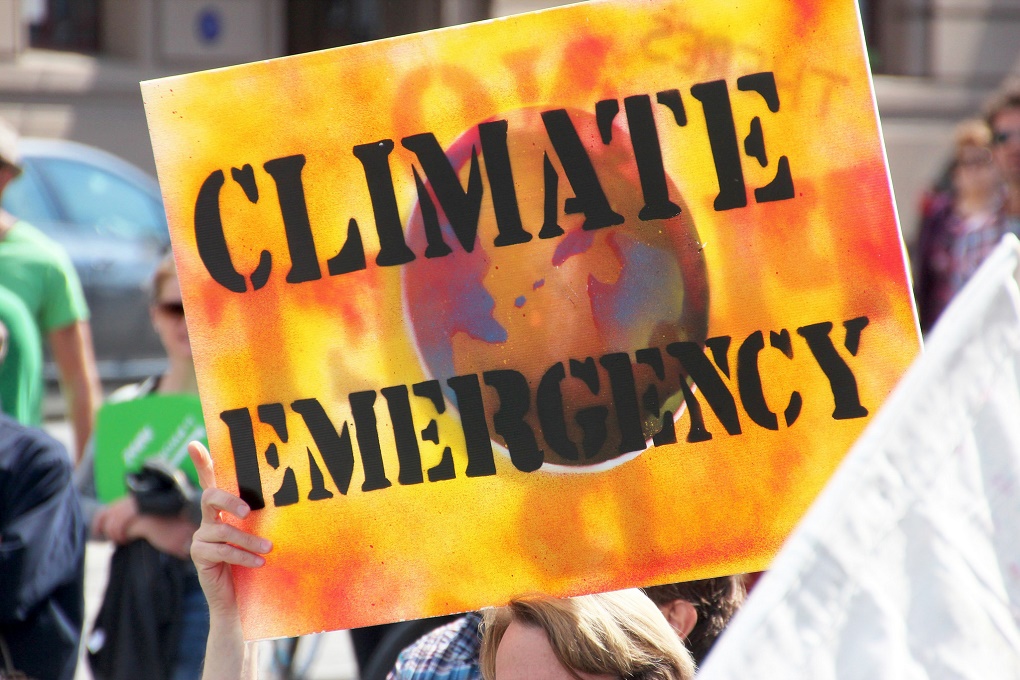 US President Donald Trump’s executive order repealing previous president Barack Obama’s Clean Power Plan will have an effect outside the US that is more symbolic than substantial, except in one crucial area — climate science.

Within the US, the effect of the repeal remains to be seen. Trump made it a point to portray his order as bringing jobs back to the coal sector, but many of the states that make up the country have moved from coal to renewable energy for their electricity needs. They have done so for business reasons, since renewables are now cheaper for them. Given the federal structure of the US, the states can easily continue with their current policies. And anyway, the executive order may well face a legal challenge. Plus, implementing the order will take considerable time.

“Because of strong local action to replace coal and gas with clean energy we are on track to meet the Clean Power Plan’s 2030 emissions targets as soon as next year, and clean energy growth nationwide will continue unabated,” said Michael Brune, executive director of the Sierra Club. “The good news is that the safeguards Trump wants to shred are on a strong legal footing and the public will have the chance to voice its objections.”

However, the one area that will really suffer on a global scale is climate science. Given the executive order and the likely attitude of the US Environmental Protection Agency under climate sceptic Scott Pruitt, advances in renewable energy research may be hit, because federal financial support for such research will probably vanish.

American scientists in government and university laboratories are at the forefront of climate research, and there is every indication that their funding will be seriously slashed, if not stopped altogether.

It will be a deplorable development. Other countries will have to take up the slack, but that will take time, and the world will suffer.

Paris agreement will not be derailed

Trump’s order did not say anything about the US pulling out of the Paris climate agreement. But given his strong opposition to the agreement during his campaign, he may still pull out. The international climate community agrees such a move will have a psychological effect. Other governments may slow down their combat against climate change, especially if their industry chambers pressure them to do so.

There is a precedent of the US going back on its word on climate change agreements. The first big global agreement in this sphere was the 1997 Kyoto Protocol, under which developed countries had to reduce emissions of greenhouse gases that cause climate change. The US government under Bill Clinton signed the protocol, but the next government under George W. Bush did not ratify it. So, the US stayed out.

Other developed countries were quite upset about the non-ratification, because they felt this gave US industry an unfair advantage. That is why these countries were so keen to include the US in the next agreement, the one reached in Paris in December 2015.

But if the Obama-era Clean Power Plan is effectively scuppered, the US will not be able to meet its commitment under the Paris agreement. So, whether the US officially pulls out of the agreement or not will be of academic interest only. All this will surely anger industrialists in other developed countries again, but not to the same extent as before. The world is not the same as it was in 2001.

A new world – with China in the lead

Chinese manufacturers have replaced American industrialists as the main global competitors. And China clearly sees a big business opportunity in renewable energy. Already, most of the solar panels and wind turbines used anywhere in the world are made by the Chinese. Now, China has decided to invest at least another USD 360 billion in renewables by 2020.

Despite its decision not to ratify the Kyoto Protocol, the US remained an influential player in international climate negotiations because it is the world’s largest economy and second-largest emitter of greenhouse gases. Developing countries, including India, made emission control commitments under the Paris agreement largely due to the insistence of the US. If the US now pulls out of the agreement, they will have good reason to feel betrayed.

But it is unlikely to derail the agreement. There are strong indications that the rest of the world is now ready to go ahead with their agenda irrespective of what the US may do.

India, too, sees a major economic opportunity in renewables, especially solar power, and the Narendra Modi government still appears keen to meet the ambitious goal to generate 100 GW from solar power and 60 GW from wind by 2022.

And despite attempts by environmental NGOs and think tanks, there is little debate in India about phasing out coal. By all present indications, the country will go ahead with its plan to develop 110 GW more from coal-fired power stations as well by 2022. So, the action by Trump is unlikely to change any policy in India in a significant way.

“There are countless countries ready to step up and deliver on their climate promises and take advantages of Mr Trump’s short-termism to reap the benefits of the transition to the low-carbon economy,” said Laurence Tubiana, the chief French negotiator during the crafting of the Paris agreement.

However, international climate finance will be adversely affected by a US pull out. Under the Paris agreement and previous decisions, developed countries are committed to provide USD 100 billion per year to developing countries by 2020 to help a move towards a greener global economy. The US government commitment out of that USD 100 billion is USD 3 billion. The US will lose face if it reneges on that commitment, but that is about all.