Three Trillion Trees Live on Earth, But There Would be Twice as Many Without Humans

The rise of human civilisation has reduced the numbers of trees on Earth by 46%. In many areas we can’t see the wood because there are no trees. 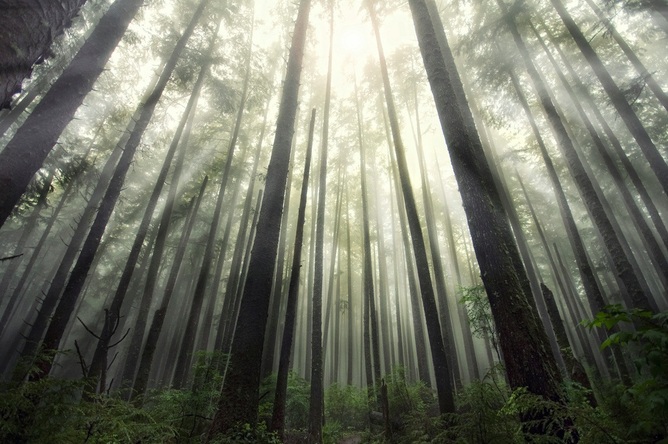 Each year, humans reduce the number of trees worldwide by 15 billion. This is one of the startling conclusions of new research published in the journal Nature. The study also estimates the Earth is home to more than three trillion trees – that’s 3,000 billion – so you may think that while 15 billion is a very large number, humans shouldn’t be at risk of making significant changes to global tree cover.

However, the team of 31 international scientists led by Thomas Crowther at Yale University also present evidence that the rise of human civilisation has reduced the numbers of trees on Earth by 46%. In many areas we can’t see the wood because there are no trees. Unlike polar bears, pandas or peregrine falcons, trees and their demise typically do not generate much passion or protest. But the 180,000km2 of tree cover being lost each year represents a serious destabilising force on the current biosphere.

Previous estimates for the total number of trees on Earth have been much lower. The new study is important not only because it gives a higher number, but how it was produced. As well as using remote sensing data such as images taken by satellites that can classify land type, the research also integrated 429,775 ground-based assessments of tree density.

The researchers used this information to build a series of mathematical models which can fill in any gaps in the data with robust estimates. This allowed them to produce the first continuous map of global tree densities at the one square kilometre scale.

Humans have long used trees as fuel for cooking or smelting, fibres for clothes, timber for construction. However it is the indirect value of trees that may prove to be more important.

A solitary tree can provide a habitat to myriad species in its leaves, branches, bark and roots. But it is the effects trees have on their environments that can affect life across entire landscapes. When alive, trees can stabilise slopes and the course of rivers and streams. When dead their wood debris can form dams and so create ponds and lakes.

As well as changing water on the ground, they can alter it in the air. Transpiration is the name given to the process whereby trees (and other plants) suck up water through their roots, transport it through trunks and branches leaving the tree through tiny holes called stoma in their leaves. Stoma are crucial as they allow carbon dioxide to be absorbed, which along with water and sunlight are the ingredients with which all trees produce their food.

Only a fraction of the water absorbed is consumed during photosynthesis, with the rest evaporating out from leaf stoma. This means some trees act as massive humidifiers. Through sucking up water held in soil and releasing it tens of meters above the ground, forests can be effective cloud machines as that water vapour rises and then condenses. This is one of the reasons why it rains in the rainforest.

As well as changing local weather, large forests can affect the global climate. Through the burning of fossil fuels, humans release approximately 32 billion tons of carbon dioxide into the atmosphere, each year. Higher concentrations of CO2 in the air can lead to faster rates of photosynthesis and more vigorous tree and plant growth, a process termed carbon fertilisation. This draws some of this additional carbon dioxide back down from the atmosphere. The Amazon rainforest alone absorbs approximately two billion tons of extra carbon dioxide each year. Within its leaves, branches, trunks and roots lies more than a hundred billion metric tonnes of carbon. Thus the Amazon rainforest has served as an important counter to anthropogenic climate change.

Rather worryingly, it appears as if the Amazon’s ability to soak up excessive carbon dioxide is grinding to a halt. Faster tree growth has been accompanied with higher mortality. Trees that live fast die young. As climate change progresses, mortality rates are predicted to climb higher largely as consequence of extreme weather events such as droughts. A world that continues to warm is one which could see a significantly reduced Amazon rain forest.

The die-back of the Amazon has been identified as a potential global tipping point. There are good reasons to think that the Amazon rainforest, if sufficiently stressed by climate change could rapidly collapse and be replaced by savannah-type vegetation or even desert. After all, less than 10,000 years ago the Sahara was lush and well populated. Any appreciable dieback of the Amazon would lead to many billions of tons of carbon dioxide being added to the atmosphere as the carbon previously locked up in tree biomass is released as dead wood decomposes.

The Amazon drought of 2010 greatly increased tree mortality with the result that more than two billion tons of carbon dioxide was emitted into the Earth’s atmosphere (that’s four times as much as the UK’s contribution in 2012). Over mere decades the Amazon could turn from a large sink of carbon to a large source, further amplifying climate change.

A sensible course of action when dealing with this potential carbon bomb would be to reduce our emissions of greenhouse gases and manage the forest on the ground as best we can. Instead emissions continue to rise while we hit the unexploded ordinance with a hammer. Or rather a chainsaw.

Trees in the Amazon continue to be felled. Humans are attacking the forest on two fronts: a local front that follows new roads which open up previously undisturbed forest to logging, and a global front through emissions of greenhouse gasses from industrialised nations. The two will interact which could significantly increase the risk of widespread die back of the Amazon.

The new research published in Nature will help improve our understanding of the role trees play in ecological and biogeochemical processes not just in the Amazon but across the globe. This knowledge could help inform management practices for the remaining forests. But perhaps its greatest impact will be the realisation that the emergence of civilisation has led to the net destruction of nearly three trillion of Earth’s trees. That could serve as a powerful perspective for comprehending the impacts humans have had on the natural world.

James Dyke is Lecturer in Complex Systems Simulation at University of Southampton.