They Helped the Forest Grow. But in the Face of Climate Change, They're Helpless.

The Pichavaram mangrove forest near Chidambaram, Cuddalore, is the world’s second largest of its kind. And 150 Irula families helped nurture it in the 1980s and 1990s. 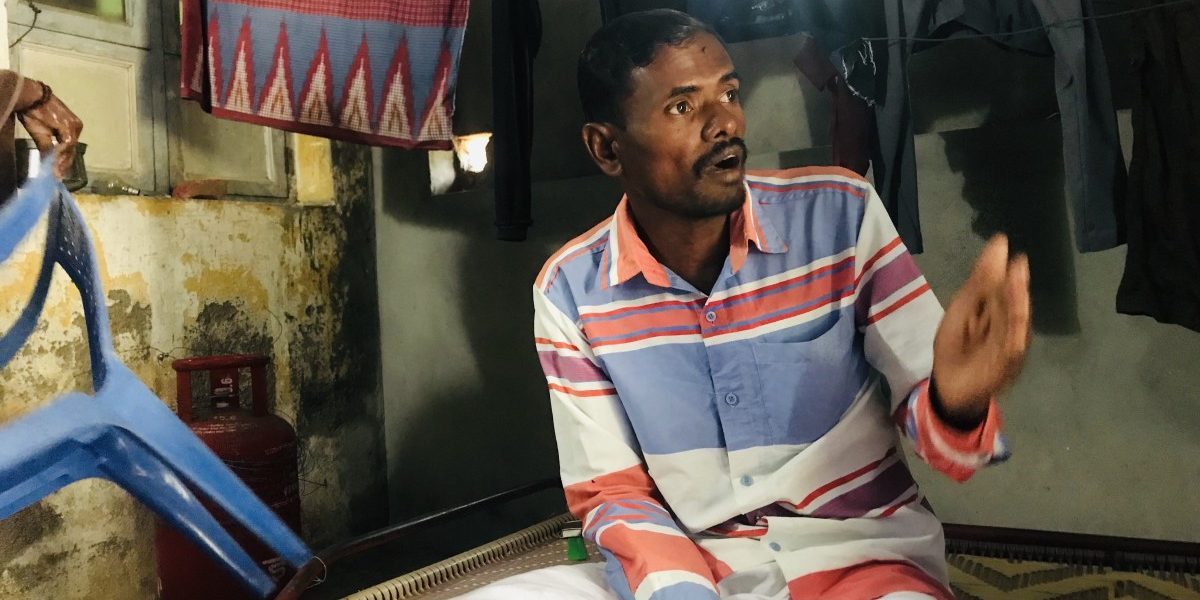 Mari Muthu, a member of the Irula, fears climate change will soon turn him and his fellow villagers into climate refugees. Credit: Nidhi Jamwal

Pichavaram, Tamil Nadu: Sitting on the floor of her dingy hutment, Sengi Amma fixes her fishing net, recalling the time every trip to the Pichavaram estuary used to fetch her 10 baskets of fishes. Back then, each basket – about 15 kg – would sell for Rs 200.

“In the last 15 years or so, fish catch has declined drastically, and now I barely get one basket a trip,” she said.

The drop in catch has directly hit the livelihoods of 150 Irula families in MGR Nagar, a small settlement near Pichavaram in Cuddalore, Tamil Nadu.

The Irula are a scheduled tribe. “We own no farmland and our fathers and forefathers used to work like bonded labourers,” said Mari Muthu, a 40-year-old resident of MGR Nagar. “Our traditional occupation was catching snakes and rats. Our community has also been stigmatised as vaider [poachers].”

Over the last few decades, they have tried their hands at different jobs. But despite their efforts, Muthu thinks they’re eventually going to become climate refugees.

He’s referring to shifting rainfall patterns and sea-level rise, both of which are affecting the estuary and its fish over the last two decades. “The estuary isn’t getting enough fresh water and sea-water,” Muthu said. “After the 2004 tsunami, the mouth of the estuary has faced sedimentation,” as a result of which the fish aren’t able to move from the sea into the estuary.

In fact, climate change isn’t affecting just the Irula families in MGR Nagar. “There are 591 fishing villages along Tamil Nadu’s coastal areas and all of them are facing challenges due to changes in the coastline,” said T Asai Thambi, a team leader with the coastal conservation and livelihood programme of the DHAN Foundation, Madurai. He added that the warming waters have also adversely affected the sizes and populations of fish, and that many of them have “migrated to other areas”.

A. Ramachandran, an emeritus professor at the Centre for Climate Change and Adaptation Research, Anna University, recently concluded a study of how climate change will affect Tamil Nadu specifically. He cautioned that the northeast monsoon, which kicks in between October and December, will be particularly bad for fishers, including the Irula.

“Sea-level rise poses a serious threat to the fishing villages in the state, many of whom will be engulfed by the sea, and force fishers to become climate refugees,” Ramachandran said at a workshop on climate justice in the Bay of Bengal region in November. 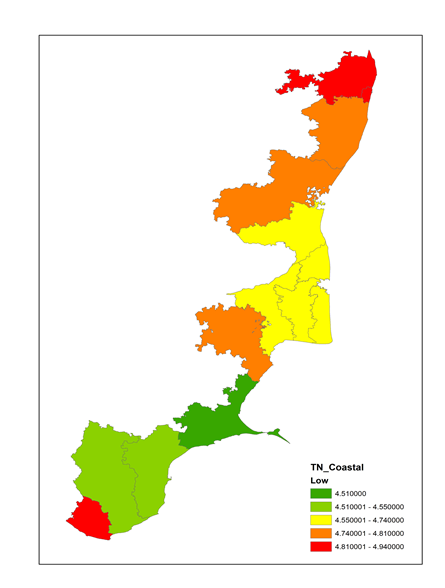 The Irula are one of six primitive tribal groups that Tamil Nadu’s northern northern districts. They are known for their knowledge and use of herbal medicines, tracking and digging skills, and have been dubbed “the last forest scientists of the world”.

Members of this tribe are adept at catching snakes by tradition. They played an important role in helping export large amounts of snake skin during the 1950s and 1960s. However, trade in this organ was banned after the Wildlife (Protection) Act kicked in in 1972. Herpetologists have noted that this left the Irula unable to feed themselves.

“Most members of our tribe were illiterate and mistreated. After the ban on snake-hunting, our fathers started working as bonded labourers for landlords,” said Kuppamma, a resident of MGR Nagar. “We were leading a cursed life as we had no land and no livelihood.”

Before moving to MGR Nagar in the mid-1970s, the Irula families lived in nearby Panandopu village under the constant threat of eviction.

“In the 1970s, M.G.Ramachandran visited our area for a film shoot and saw our plight. He helped us get land titles and settled us in this area,” according to Kuppamma. And that’s why it’s called MGR Nagar.

However, they still had no sources of income.

“We started fishing in the Pichavaram mangrove forest estuary. Since we were too poor to afford fishing nets, we would fish with our bare hands, by building small mud check-dams to catch the fish,” according to Muthu. However, the forest department soon banned these dams for fishing because that affected the movement of water within the mangrove forest.

The Pichavaram mangrove forest near Chidambaram, Cuddalore, is the world’s second largest of its kind. It is spread over 1,350 hectares between two estuaries the Vellar in the north and the Kollidam in the south.

A 2010 report by the M.S. Swaminathan Research Foundation (MSSRF), Chennai, states that every year, “about 245 tonnes of fishery produce is harvested from this mangrove wetland, of which prawns alone constitute 208 tons (85%) of the catch.”

An environment ministry estimate holds that 1,900 fishers and 800-900 cattle grazers depend on the mangrove wetland for their livelihood. The wetland forest itself is home to over 13 species of mangroves. 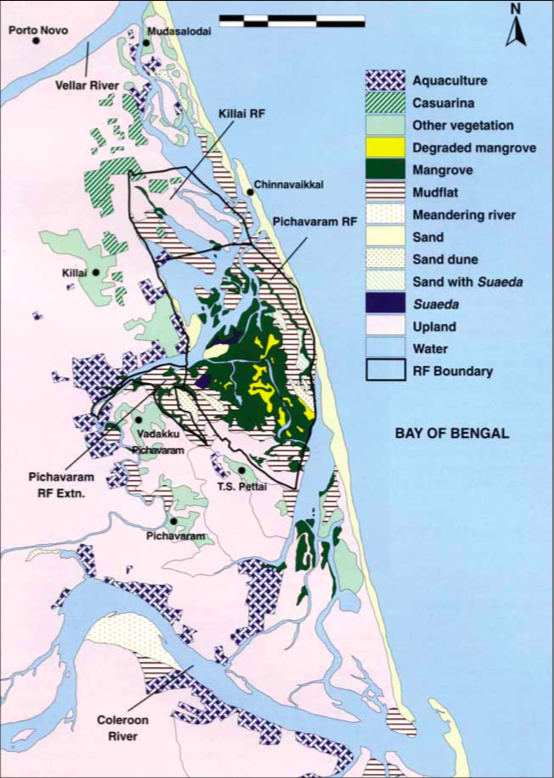 A map of the Pichavaram mangrove forest between the Vellar and Kollidam estuaries. Credit: MoEFCC

To support the Irula families in MGR Nagar and other neighbouring hamlets, the forest department offered them work: to dig channels inside the Pichavaram mangrove forest to help spread water inside the estuary and help the mangroves grow.

Sengi Amma, another Irula resident in the area, said that they were paid Rs 60 for every 10 metres of channel dug about 30 years ago, in the late 1980s. “Then, in the early 1990s,” the MSSRF “approached us to restore the Pichavaram mangrove forest by planting mangroves. We were offered Rs 120 for every 10 metres of channel dug and mangrove restoration work carried out. That became our new source of livelihood,” she said.

“Between 1990 and 1993, we restored 10 hectare of mangrove forest in Pichavaram with the support of local villagers, including the Irula of MGR Nagar. The forest department was involved, too,” said R. Ramasubramaniam, the principal scientist at MSSRF’s coastal systems research programme.

Restoring a mangrove meant connecting a degenerated area to a natural canal nearby through a long and deep artificial canal. Multiple feeder canals were dug to cover the entire degraded area.

This network of grooves allowed tidal water to freely flow in and out of the degraded area, thus decreasing its salinity and improving soil moisture. Thereafter, mangrove seedlings were planted.

Muthu said they realised how important the forest was after the 2004 tsunami. “Seven villagers in MGR Nagar died in the tsunami, but our losses were very little compared to the widespread destruction around us because the mangroves had acted as a natural shield.”

“The villagers were trained to dig canals, plant mangroves and carry out desilting work. Now they operate boats inside the mangrove forest during tourist season and earn a living. Fishing is also allowed,” according to G. Muthukumaran, who has been working with the forest department at Pichavaram for the last 20 years.

The estuaries of the Vellar and Kollidam rivers, which form part of the Pichavaram wetland forest, are ideal breeding grounds for fish. “There are several fishes that lay eggs in the sea, and the larvae come to the estuary because the estuary is less salty and has more food available,” Ramasubramaniam explained.

However, climate change is fast changing the face of the mangrove forest, which has a direct bearing on the coastal communities. “The estuary is not receiving enough freshwater and we fear that in the coming years, some species of mangroves may disappear from Pichavaram. This will also affect fishes in the estuary,” Ramasubramaniam said.

Muthukumaran is worried for the same reason. “The estuary is not receiving freshwater, and for the last two years, we have had little rainfall.” Temperature and rainfall projections in Tamil Nadu, by 2100. Source: A. Ramachandran et al, 2016

In a 2016 study, Ramachandran and his colleagues at Anna University drew up regional climate-change projections for Tamil Nadu. They expect an average temperature rise of 3.1º C and an annual rainfall decline of 4% by 2100 – all drastic numbers.

Sengi Amma doesn’t know where the Irulas familiar can go or what they can do next. “The mangrove restoration work is over and now the forest department needs labour for desilting. It pays a daily wage of Rs 300 to men and Rs 200 to women – but we want it raised,” she said.

To make ends meet, the residents of MGR Nagar have also taken up odd jobs for daily wages. “We cannot survive on fishing alone,” Kuppamma said.

The Irulas aren’t alone – but that’s not any solace. In 2015, scientists at the Central Marine Fisheries Research Institute, Chennai, collected data on indigenous technical knowledge from 200 fishers in and around the city. In their paper, they reported that most fishers believed the effects of climate change seemed to be more pronounced after the tsunami, especially since about 2010.

However, their blame was pointed squarely at overfishing, juvenile exploitation and habitat destruction.