These Honeybees Tell Us Something About the Evolution of Sex

Sexual reproduction is widespread on Earth but its evolutionarily wasteful features beg the question: Is it worth it? A study on a special subspecies of honeybee reaffirms this question as one of biology’s greatest paradoxes. 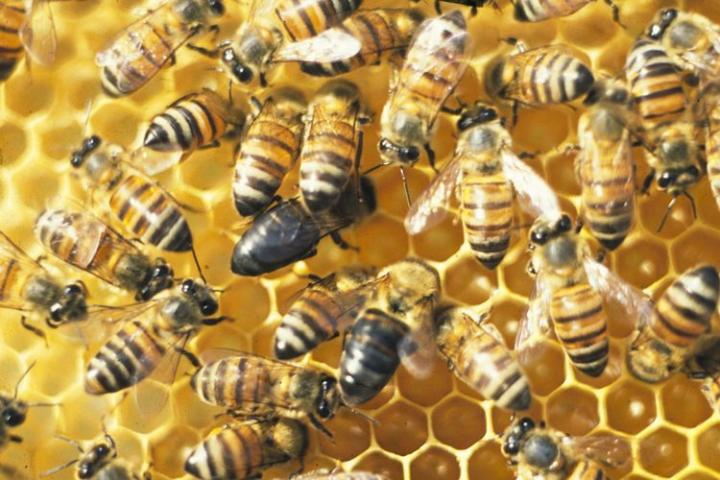 In the beginning of life, all reproduction was asexual. There were no different sexes, and offspring were clones of a single parent. With time, a new system evolved which demanded the participation of two parents, only one of which could ultimately produce progeny. The new organism would carry genetic material from both the parents. This process, called sexual reproduction, eventually became the dominant mode of reproduction on Earth.

For a species, the biggest advantage of sex is that it leads to a population that is genetically diverse. This matters because if all the members of a population had almost-identical DNA, then they would all be equally susceptible to changes in the environment. If a harmful mutation arises in one, it is 100% likely to pass it down, possibly dooming the whole population to extinction. In the case of sexual reproduction, there is a chance that the mutation combines with other mutations or is even removed during the mixing of genes.

In his 1975 book Sex and Evolution, the biologist George C. Williams used a handy analogy to explain this. He pointed out that if we wanted to win the lottery, it’s a better idea to buy many tickets with different numbers. Asexual reproduction was like buying many with the same number, thereby limiting our chance of winning. The numbers here are the DNA and the “winning” refers to producing offspring.

The benefit is long-term – but it’s the closest biologists have to come to explaining a paradox that has baffled them for centuries: the evolutionary purpose of sex. With competition for survival being the backbone of evolution, why would life adopt such a wasteful method wherein only 50% of individuals could reproduce? Moreover, each parent can only pass over half of their genes to an offspring, unlike in asexual reproduction where all the parent’s genes are inherited.

Even Williams’ lottery principle is less accepted today since cases have emerged where, in challenging environments, species shift to asexual reproduction instead of the opposite happening. Yet, almost all of the organisms we see around us today, plants, animals and fungi, continue to reproduce sexually in nature.

Interestingly, asexually reproducing animals continue to exist at the same time. Male honeybees, for example, are products of unfertilised eggs. Usually, in a hive, the queen bee releases chemical signals called pheromones that ensure she is the only one that can reproduce; the worker bees, though female, cannot lay eggs. Some of the queen’s eggs are fertilised by male drones while she is on a ‘mating flight’; these develop into female bees that are now diploid, meaning they possess two sets of genes, one from each parent. The rest of the eggs remain unfertilised and develop into male drones which are haploid, possessing only a single set of genes (from the mother).

This makes sex determination in honeybees quite different. “Here you have a sex locus that determines its sex,” explained Christian Pirk, an entomologist at the University of Pretoria in South Africa, in an email. “Instead of a specific chromosome like in humans [the Y chromosome] which determines the sex of an individual, in bees it is a section on a chromosome.” So if a bee has two different copies of this locus, one from the mother and other from the father, it is female. Whereas if it has only one copy, from the mother, it is male. It has also been found that if bees were made to inbreed (within the family), it could give rise to diploid males. However, in this case, both the copies of the locus must be identical. It may sound complicated but Pirk points out that around 20% of animal species use this ‘haploid-diploid’ mechanism for sex determination.

In the southernmost parts of South Africa exists an isolated subspecies of the honeybee called Cape bees. The female worker bees in Cape bee colonies break all of these rules. For one, like queens, they have been observed to lay eggs. More surprisingly, despite being unmated, their eggs frequently develop into female bees. The worker Cape bees are able to do this by adopting a type of asexual reproduction called thelytoky. In thelytoky, an egg contains two nuclei which fuse so that the resulting offspring is diploid.

Thelytoky particularly benefits Cape worker bees when their queen dies (harsh conditions in the area cause this to happen quite often). However, it also enables them to act as formidable social parasites: the worker bees often hijack foreign hives, lay eggs in them, and produce offspring that exploit the stolen hives’ resources. In normal honeybee populations, thelytoky occurs to less than 1% of eggs, but among worker Cape bee eggs, it is seen 99% of the time. This led Christian Pirk to team up with researchers from Sweden to turn to the bees’ DNA to understand why this happens.

A previous study had identified a single region on the Cape worker bee’s genome that made it capable of exhibiting thelytoky. However, when Pirk and team compared the genomes of 10 Cape worker bees with that of 100 regular African honeybees, they found out that this was not true. “Our results suggest that multiple genes are involved in social parasitism,” they write in their paper published on June 9 in the journal PLOS Genetics. These genes include ones that produce hormones that make the ovaries of Cape worker bees more active as well as genes that produce proteins that make their egg cells switch to thelytoky.

These results further add to our understanding of the evolution of sexual reproduction. “In Cape bees, sexual reproduction has evolved into asexual reproduction by changes in relatively few genes,” pointed out Mathew Webster from Uppsala University, Sweden, who was also part of this study. Just these few changes appear to give these bees some remarkable abilities to survive in the extremely biodiverse South African region. “The fact that this has not happened in more species suggests that sexual reproduction has a broad advantage across species with many different life histories and adaptations.” But what exactly is this ‘broad advantage’? The jury’s still out on that one.