We all know that climate change is hurting the Great Barrier Reef. But scores of other less-publicised threats also threaten the future of the natural wonder. 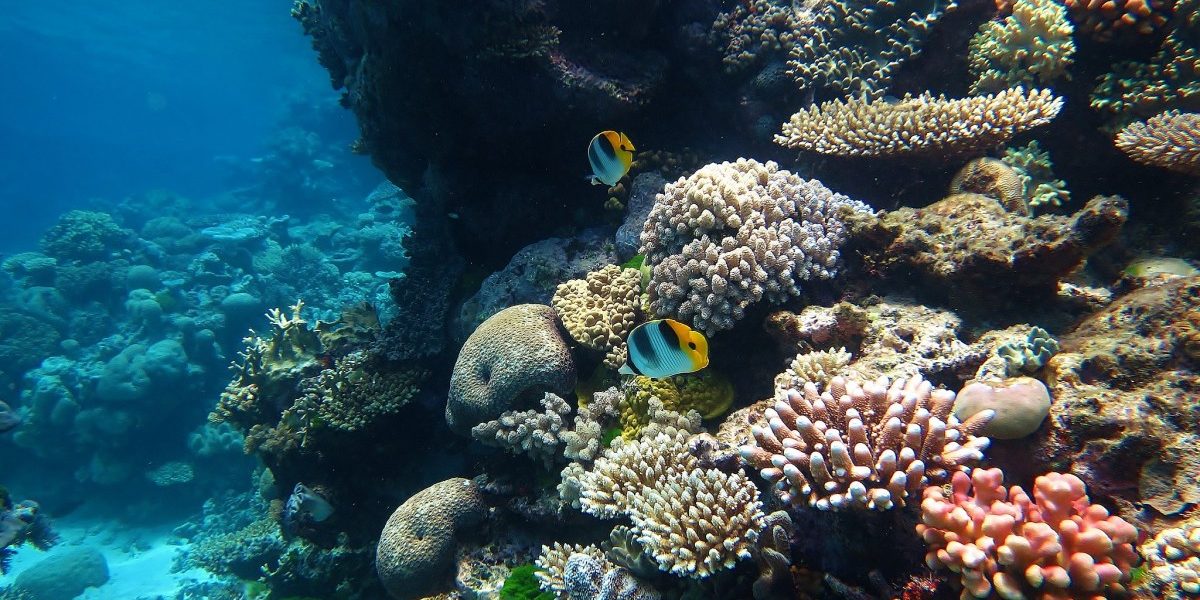 When the managers of the Great Barrier Reef recently rated its outlook as very poor, a few well-known threats dominated the headlines. But delve deeper into the report and you’ll find that this global icon is threatened by a whopping 45 risks.

The most publicised main threats relate to climate change and poor water quality, and are unquestionably the most damaging.

However, many of the 45 threats are not well known or understood. All but two are happening now – and most are steadily getting worse. Collectively, it means the Great Barrier Reef is heading for a “death by a thousand cuts”.

The Great Barrier Reef Marine Park Authority produced the 2019 Outlook Report, required by law every five years. It shows the total number of threats has increased from 41 in 2014 to 45 now.

All of these threaten the Great Barrier Reef’s World Heritage values – the factors that make it globally outstanding. Of the 45 threats, 42 threaten its remarkable ecosystem.

Also read: How Life Came a Full Circle for the Snakes That Call the Ocean Their Home

The new threats include the loss of cultural knowledge, especially by the Indigenous traditional owners, and the potential negative impacts of genetic modification which are not well understood but could occur when modified organisms are released into the wild.

The table below shows the most alarming 21 risks to the Great Barrier Reef ecosystem. It is becoming clear that many of the risks are serious, and the situation is getting worse.

Click here for a table displaying the data in full.

The threats you may not have heard of

The likelihood and consequences of many lesser known threats are increasing.

The ten threats leading to “very high” risks are of greatest concern, especially as all are considered “almost certain” to occur. They include:

• Illegal fishing and poaching elsewhere are impacting global fish stocks. This will increase the incentive for such activity on the Great Barrier Reef, with major consequences for some species and habitats.

• Altered weather patterns are predicted as climate change accelerates, including more frequent and/or intense cyclones, floods and heatwaves. These weather events are natural processes in tropical regions, but when severe can prolong recovery times of coral ecosystems by up to 20 years.

Also read: How Can We Stop the Feminisation of Sea Turtles in the Northern Great Barrier Reef?

At least 6 of the 11 “high” risks are worsening, including:

• The likelihood of altered ocean currents and their flow-on effects has been revised from “unlikely” in 2014 to “almost certain” in 2019. An increase in speed and the southern extent of the East Australian Current has already been observed. Such changes could irreversibly affect how eggs, larvae and juvenile organisms are naturally distributed.

• The likelihood of problems from artificial light emitted from shipping and coastal development has increased from “likely” in 2014 to “almost certain” in 2019. This is known to affect turtle hatchlings and may be detrimental to seabirds and fish behaviour.

Many of the threats to the reef ecosystem occur simultaneously, and can act together to exacerbate the impacts. These cumulative effects are not all well understood and have not been adequately addressed in the Outlook Report, so this is further cause for concern.

We cannot forget the problems that loom largest for the Great Barrier Reef: climate change and poor water quality.

• Sea temperature increase is certain to continue, leading to further bleaching and possible death of corals and other organisms that will damage the entire reef ecosystem.

• Ocean acidification (decreasing ocean pH levels) is reducing the capacity of corals and other calcifying organisms to build skeletons and shells, which reduces their capacity to create habitat.

The federal government is failing to meaningfully address Australia’s contribution to climate change, especially as the scale of the problem is much greater than the scale of interventions to date.

Runoff containing sediment, nutrients and pesticides, mainly from agriculture, is causing poor water quality which can stifle the growth of coral and seagrass, and encourage outbreaks of the damaging crown-of-thorns starfish.

Despite substantial investment of human and financial resources to address the problem, the Queensland Government’s latest water quality report card this month gave the reef a rating of “D” overall and warned that high sediment loads “will continue to be transported to, and remain in, the region”.

So where to now?

It is clear that despite management efforts at local, regional and national levels, a significant number of threats to the reef are getting worse. The evidence leading to the ‘derived trend’ arrows on the right-hand side of the above table indicates ongoing concerns.

Much more effort is required to effectively address complex threats such as climate change. But to ensure that the Great Barrier Reef survives as a healthy, resilient ecosystem, we must also ensure the lesser known risks are addressed.

This requires greater efforts by the community, industries, traditional owners and non-government organisations together with strong leadership from governments and their agencies. Unless this happens, the prognosis for the Great Barrier Reef is worse than “very poor” – and the ecological, social, economic and cultural impacts of that will be devastating.