The Forest Rights Act Is Being Vibrantly Watered Down in Gujarat

The Forest Rights Act does not discriminate against government employees or their spouses – but district- and block-level officials are interpreting it that way. 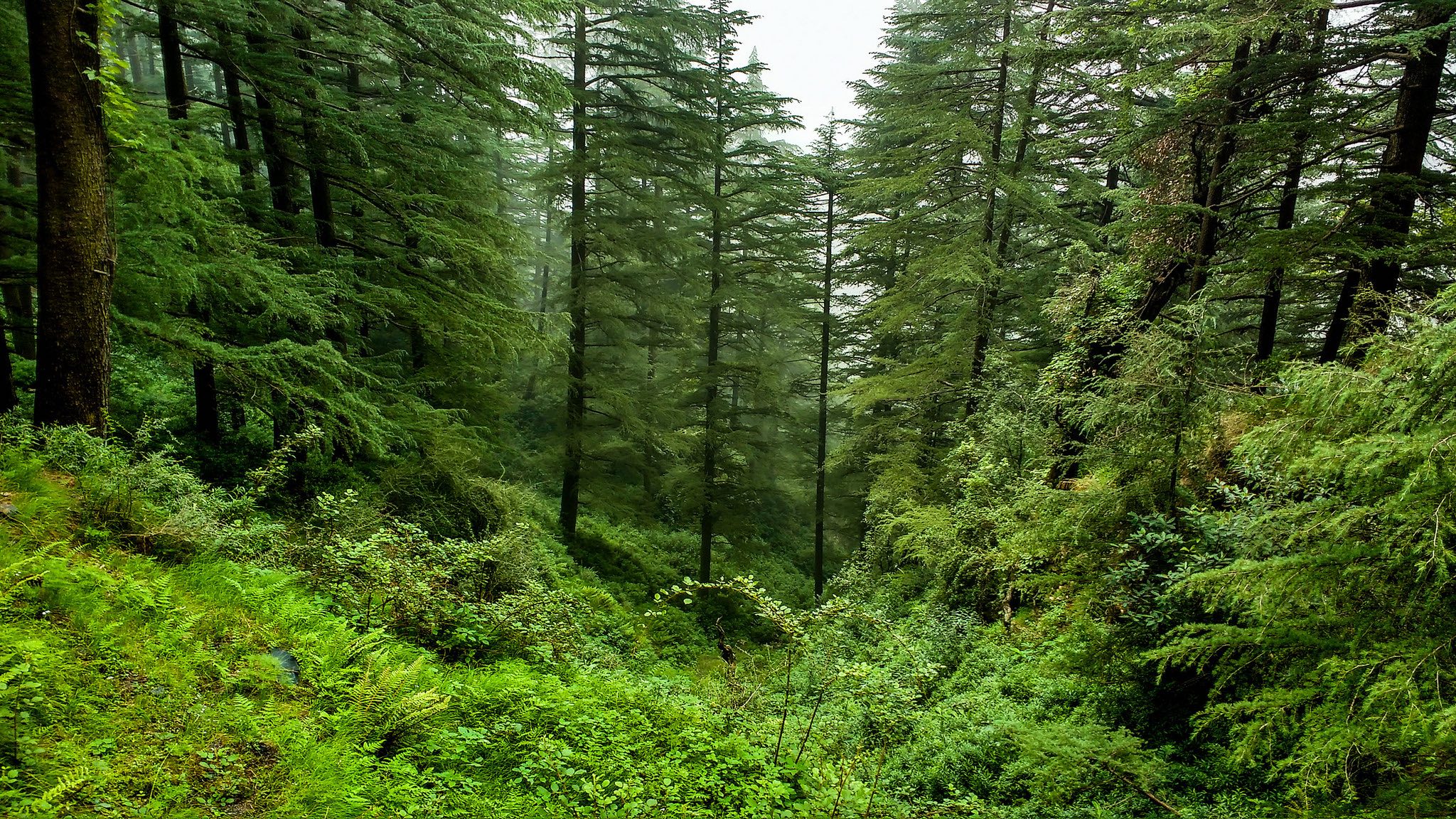 The hills around Kadvadi get searingly hot under the midday Sun. In the relatively cooler shade of a neem tree, Laxmanbhai sits and gesticulates animatedly as he speaks of the forests around his village and their significance. The village of Kadvadi is spread out over close to 50 hillocks on a landscape where hills dominate the view till the horizon. Each hillcrest is dotted with huts of mud and small fields adorn the slopes. It is in this arid yet beautiful region of the Meghraj block of Arvalli district in Gujarat – bordering Dungarpur in Rajasthan – that the Doongri Garasiya Adivasis reside.

Laxmanbhai punctuates his lengthy monologue with documents he pulls out of his file, showing us copies of an application for forest land rights filed under the Scheduled Tribes and Other Traditional Forest Dwellers (Recognition of Forest Rights) Act, 2006 (FRA). The documentation is comprehensive. Along with the application form itself, there are copies of field verification reports penned by a village-level forest rights committee and, among other things, several proofs of occupation and cultivation of land (more than the statutory requirement of two).

But Laxmanbhai has not yet acquired ownership of his land. In fact, he has not even heard from the government institutions responsible for addressing claims to forest land under the FRA since he filed his in 2009. The picture is the same across the entire block, with hundreds of claims in limbo or marked ‘pending’, while the applicants have no inkling of what’s going on.

Roughly 500 km away, a similar scene unfolds. Somabhai Barde sits outside his house in the picturesque village of Neempada in Dang district, speaking in a sombre tone of a few holes and fences that appeared almost overnight on his land. His neighbours slowly gather around us as Somabhai speaks, and interrupt him now and then to add some more information or share their ideas on the provenance of the holes and fences covering all of their land.

“We kept telling them repeatedly that our jungle zameen na dawa (forest rights claim) is pending with the collector, but they paid no heed to us,” says Kedabhai Barade. His experience reflects that of several other villagers in Neempada. Twenty-six of them had filed claims to forest land under the FRA in 2008, and it took eight years – till 2016 – for the sub-divisional committee (at the block level) to reject them all. The appeals they filed then are now pending with the collector and, as Barade tells us, the forest department has continued its land-grab.

Their experiences differ, but a strong link binds Laxmanbhai, Somabhai and Kedabhai: the fact that they are on the receiving end of a state authority’s sinister design to disentitle an entire population.

This is a sorry implementation of the FRA and this is the case across the entire block. In another village, Dhandhiya, four out of 10 rejected claims were turned back because the claimant or the claimant’s husband was engaged in a job with the government or with the army. Despite the Gujarat high court verdict in ARCH v. State of Gujarat in 2011, which ordered the reappraisal of all claims pending or rejected in accordance with Rule 12 of the FRA Rules, 2011, 87 claimants in Meghraj block have had their claims rejected because of being government employees, etc.

In Dang, a different strategy appears to be at work. The sub-divisional committee had rejected the claims of Somabhai and others in 2016 on the ground that they had not supplied any evidence in support (despite each claimant having filed two pieces of evidence as required). Further, every assessment – such as the mandatory site verification – was performed in the claimant’s absence, casting doubt over the entire process as well as violating the law.

Aggrieved by the State District Level Committee’s order, the claimants filed an appeal with the District-Level Committee (DLC), the final decision-making body under the FRA, within the appeal period of 60 days. The appeal has been pending with the DLC for two years now, enough time for the forest department to completed its fencing and plantation activities.

After forest department sipahis showed up at Neempada, the villagers filed an application before the collector hoping to keep them from fencing off the land. The application fell on deaf ears. Having run out of options, the residents of Neempada filed a writ petition before the Gujarat high court. At the same time, the sipahis have threatened Somabhai, Kedabhai and others with physical violence should they attempt to cross the fence.

The FRA is clear: it imposes absolutely no restriction on those employed by the government or by a private entity in claiming rights to forest land under its terms. It only requires that the piece of land in question have been possessed prior to October 13, 2005, and that there have been a bona fide use of forest land for livelihood needs (section 2(c) of the Act). So there is no rationale to the forest department’s insistence that those employed by the government are exempt from the FRA. In fact, the Ministry of Tribal Affairs and the UN Development Programme have published a 30-page FAQ on implementing and utilising the FRA, and it agrees (p. 9): the Act does not discriminate against government employees, whether civilian or military, or their spouses.

District- and block-level officials seem to be arguing that those who are employed elsewhere can’t be dependent for their livelihoods on forests – but this is neither fair nor logical. Several households have one member with a job and another utilising forest resources to augment their income.

In similar vein, the FRA also does not allow the forest department or any public institution to grab land the way sipahis have been in Dang. Section 4(5) of the Act categorically states that “no member of a forest dwelling scheduled tribe of other traditional forest dweller shall be evicted or removed from forest land under his occupation till the recognition and verification procedure is complete” – effectively disallowing the utilisation, transfer, acquisition, etc. of any land to which a claim under the Act is pending, and leaving the forest department’s actions stranded.

Such brazen violation of the law betrays a systematic attempt to dilute the FRA, reducing it to a symbol rather than a tool of empowerment. By limiting the eligibility of claimants, often on frivolous and illegal grounds, and by forcibly denying access to claimed lands, the local government is trying to bring down the number of FRA claims and bring down the number of approved claims further. A 2016 study by the Community Forest Rights – Learning and Advocacy Group pointed out that by 2016, only 44% of individual claims to forest rights had been approved in Gujarat – a fraction the study called “inadequate” if only because the number of pending claims exceeded 100,000.

Such widespread denial of rights is part of the the ‘Vibrant Gujarat’ messaging, in which the forests are essential to a growing industrial state and in which Adivasis are a barrier to such ‘vibrancy’. If this is going to continue to be the case, it’s unlikely the FRA will be implemented the way it has to be unless the judiciary intervenes. Until then, Laxmanbhai, Somabhai and Kedabhai will have no relief other than in the loose camaraderie between those at the receiving end of a state’s apathy.

Tanay Gandhi and Nikita Sonavane are research fellows at the Centre for Social Justice, Ahmedabad. This piece was made possible by vital inputs from Jayshree Deshmukh, Ramesh Dhoom, Umesh Bhoye, Sajid Fumti, Minaxi Patel and Hansa Suvera (all engaged with the Centre for Social Justice, Ahmedabad), and Laxmanbhai Kharadi in Meghraj and Somabhai Barde in Neempada.