The Coastal Road is an Expensive Mistake Mumbai Should Avoid

The massively expensive Coastal Road will harm the environment, privilege a rich minority and break off Mumbai's centuries old connection with the sea 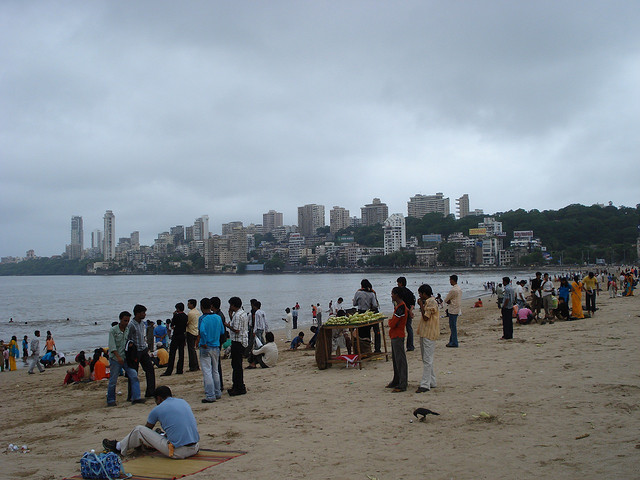 Mumbai is planning to build a coastal road along the western edge of the city. Most of the politicians and traffic experts claim this as the only solution to ease traffic congestion in the city. But is it? The history of urban planning suggests otherwise. In the 21st Century why should a hyper dense city like Mumbai to rely on failed solutions from the West? Are Mumbai citizens being short-changed again for the comfort of a few? These are important questions to ask. Here are some of the reasons why we think the Coastal Road will cause more harm than benefit the city of Mumbai in coming years.

Twentieth century cities in the developed nations were faced with the challenge to keep up with the growing demands of the industrial revolution. One of the most impressive inventions was the rise of the automobile, which, along with other industries, soon became the emblems of progress and development. City planners were quick to make special provisions within the city to accommodate factories and cars as the primary mode of commute.

The delicate balance of cities with its people that had existed for centuries was redefined in more than one way. Factories and industrial ports defined the waterfronts and city centres while highway projects were used to divide neighbourhoods segregating the rich from the poor, white from the black and natives from the migrants. However along with cars and factories came the issue of increased social inequity, pollution, accidents, and rise in lifestyle diseases resulting in the overall deterioration of public health and wellbeing.

The last few decades of city-building across the developed world have seen a major shift in the thinking about the relationship of the city with its people. The factories are now systematically moved out or replaced with cleaner industries; at the same time, cities all around the world are beginning to embrace their coastlines, to become world-class waterfront destinations. Where innovation and research are the new drivers of economic growth, the next generation of decision makers are now putting their priorities for people – and pedestrian – oriented public infrastructure.

While much of the West has moved-on from focussing on cars and the manufacturing sector, India on the other hand has woken up to this model. As a result, here we are in the 21st century, stuck with on out-dated planning and development ideas. India will now adopt a copycat formula of building the future Detroit in Chennai; a Cincinnati in Jamshedpur and a Las Vegas in Goa. All of these will be connected with the deadliest highways in the world. Mumbai too is not to be left behind—it will get a brand new Coastal Road, a 35 km highway from Nariman Point to Kandivali, being touted as one of the most ambitious infrastructure projects in Mumbai, which, if executed, will be blunder of catastrophic proportions.

The sea is part of Mumbai’s identity

Mumbai city has one of the lowest per capita open spaces in the world. Given this scenario, waterfront areas like Girgaum Chowpatty, Juhu Beach, Bandra Bandstand, though varying in their size and quality, offer every Mumbaikar an opportunity to connect with the sea. It provides everyone a sense of openness and a sense of belonging that eventually becomes a part of the citizen’s identity. But, only 1/3rd of the 149 kilometres long coastline is accessible to the public. The Coastal Road now threatens to take away even this remaining access to the water and with that it threatens to take away every Mumbaikar’s identity.

Like the Coastal Road, the Bandra-Worli Sealink project had promised creation of new open spaces along the highway. What happened in the end? The newly constructed promenade and open spaces are the one of the most unreachable and unsafe spaces in Mumbai. The new open spaces along the Coastal Road will be accessible only by dark and dingy tunnels to cross the wide road and therefore will be unsafe and almost unreachable. Given the track record of maintaining underground pedestrian subways within the city, the new tunnels shall be home to squalor and diseases. The massive grade separated interchanges at Haji Ali, Bandra Bandstand, Nariman Point, will destroy heritage views and the connection of parks and open spaces to the sea. The Coastal Road infrastructure will be a huge physical barrier that will disconnect Mumbai’s residents from its coastline and the water’s edge and will take away the access to the coast for most people. Mumbai’s centuries old connection with the sea will be lost forever.

The myth about easing traffic and increasing connectivity

In the 1990s, the idea of 55 new flyovers was introduced in Mumbai, promising to solve all traffic problems within the city. However in 2015, those flyovers have only increased the car dependency in Mumbai and the traffic is even worse than that in 1995. These big highways along the coast shall be redundant by the time they are constructed. Ninety-two percent of Mumbai’s population travels by non-private vehicles. We need equitable measures of diverse public transit options to solve Mumbai’s mobility problems. The Coastal Road will only further add to congestion, as moving people directly from one end of the city to another and emptying the cars into the dense southern Mumbai areas, with little infrastructure, will strangle the already congested city.

By encouraging more people to drive to work, the city will be the target of unprecedented pollution from vehicle use, which will choke the existing streets and neighbourhoods. Maharashtra already has one of the highest numbers of death on roads. The new Coastal Road will lead to unprecedented deaths on the roads of Mumbai, as speeds of 90 kmph with Indian driving habits will be lethal for most people.

The proposed Coastal Road will impact the sensitive ecology of Mumbai’s western coastline including its beaches and mangroves. It will require reclamation of a whopping 168 hectares of land, excavation of beaches, destruction of existing mangroves, construction of roads within creeks and drilling of the seabed to construct underwater tunnels which will adversely affect the marine ecology of the city. The Mahim bay floods every year after the reclamation for construction of Bandra-Worli Sea Link. Similarly, the Coastal Road will cause increased flooding due to loss of ecology and natural buffers. The Coastal Road, even where it is built on stilts will destroy mangroves under the bridges due to construction activity and block any light and nutrition to the wetlands.

At Rs 12,000 Crores for construction of the Coastal Road, this project is more expensive than constructing Elevated Metro Corridor for the same length. This road will serve only 8 per cent of the city population that travels by private vehicles;the rest either take public transportation or walk to work. To create a Coastal Road to cater to such a small percentage of private vehicles is a gross injustice and a waste of public money. Buses or Metro along the Coastal Road will not be feasible as majority of the people will not be able to reach the bus stops so far away. Also, the catchment area for any public transit option is better served if the route passes through existing city area on both sides rather than from one side, as will be the case of the Coastal Road. This project shall only benefit the rich and the upper middle class reducing the overall quality of life for the huge lower middle class population and the poor. A 12,000 crore infrastructure project of such a scale, built with public’s tax payer’s money, is a disaster whichever way one looks at it.

There are several fishing communities along the western shore that earn their livelihood due to diverse habitat along the coast. The Coastal Road will impact the livelihood of this Koli Samaj and their settlements. Heavy construction and excavation will negatively impact any fishing activity and make it redundant. Interchanges in Khar Danda, Juju Moragaon, Malad and Kandivali shall adversely impact the sensitive coastal ecology and subsequently any thriving fishing activity.

Leapfrog to a new model

Mumbai must learn from the mistakes that the West made in the 20th century and leapfrog to a new urban planning model. World-class cities are removing highways from within their city limits. Cities like Seattle, Boston and Seoul have already dismantled highways and Coastal Roads to increase quality of life and health of citizens by improving walking and cycling infrastructure. Some cities like Vancouver, have managed to keep away from any highway infrastructure within the main city and along its coast, instead focusing on high quality public transit and pedestrian infrastructure. It has increasingly devoted its resources to a priority list that puts the pedestrian in first place, followed by cyclists, transit users, and then the car drivers making the city, a leader in developing high-density neighbourhoods organised around greenways and public transit. No surprises that Vancouver has ended up being, in survey after survey, the most liveable city in the world.

Mumbai is a public transport dominant city; almost 85% of trips (including walking and cycling) are carried out by public transport daily. This ingrained culture of the city is something that city planners and the government should appreciate and build upon. All transport and city level plans should put enhancement of public transport and accessibility to it as a priority and discourage projects like the Coastal Road. Furthermore the city’s geographic setting lends itself perfectly to develop its eastern and western coastlines as public open spaces, which would go a long way and transform this great metropolis into a people-friendly, world class waterfront city.

The writers are with Studio POD, an urban planning consultancy based in Mumbai