The Climate Crisis Is No Longer Your Grandchildren's Problem. It's Yours.

Scientists’ warnings about climate change have intensified over the past 12 months. 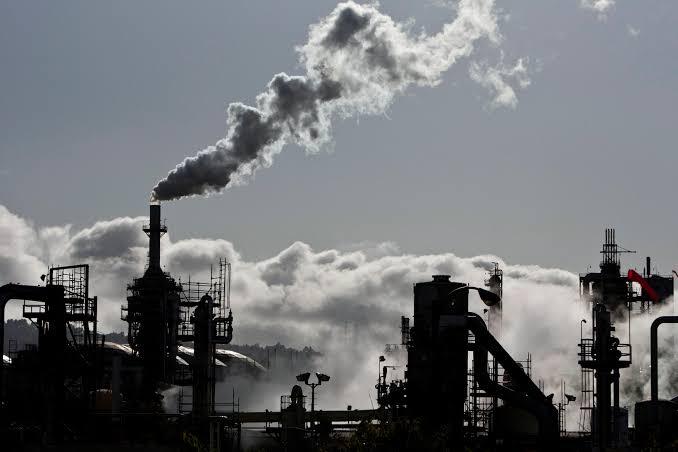 One year ago, the international scientific community could hardly have expected that Greta Thunberg, a teenager from Sweden, would become one of its greatest allies. Since beginning her weekly “School Strike for the Climate,” the petite 16-year-old has skillfully used her public appearances and powerful social media presence to push for bolder global action to reduce carbon emissions. 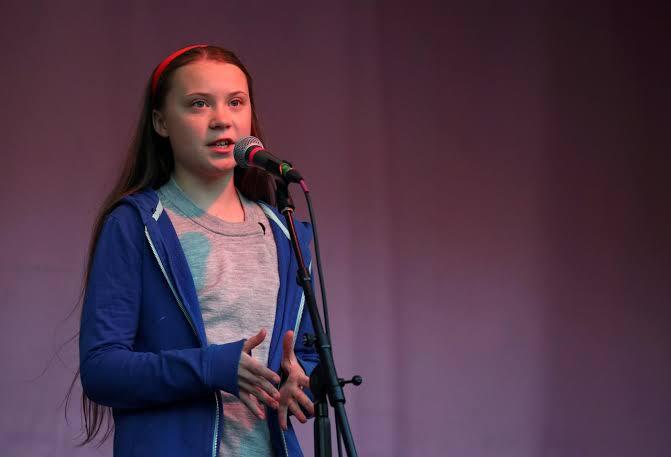 Well, what are the scientists saying?

The answer, of course, is that they have been warning about severe global impacts from climate change for more than three decades. But over the past 12 months, those warnings have intensified. Reports detailing the massive environmental, economic, and human consequences of unfettered global warming have come at a fast and furious pace. And, collectively, they are far scarier than the sum of their parts. (Click here to see a rundown.)

The deluge began last October, with the release of a special report from the United Nations’ global climate science authority, the Intergovernmental Panel on Climate Change (IPCC), on the potential impacts of a rise in global temperature of 1.5 degrees Celsius or more. Three international IPCC working groups with 91 authors and editors from 40 countries examined 6,000-plus scientific studies and called for “global carbon dioxide emissions (to) start to decline well before 2030” to avoid the most severe consequences of global warming. It said, “global warming is likely to reach 1.5 degrees Celsius between 2030 and 2052 if it continues to increase at the current rate.”

The release of the report provided a “breakthrough” moment in public consciousness and press coverage, with countless soundbites, headlines, and images warning of a “12-year” deadline to head off “climate change catastrophe.” The “12-year” catchphrase was even more alarming than the IPCC’s already strong admonitions. The planet won’t implode in 2030, but further delays in major global actions will make it increasingly difficult to move to a low-carbon world.

In November, the United States’ Fourth National Climate Assessment, produced by government and outside experts, reinforced the gloom-and-doom message of the October IPCC report. “Climate change creates new risks and exacerbates existing vulnerabilities in communities across the United States, presenting growing challenges to human health and safety, quality of life, and the rate of economic growth,” it warned. The Trump administration’s attempt to minimize media coverage of America’s climate report card by releasing it on Black Friday, the day after Thanksgiving, backfired: The congressionally mandated report got double coverage as both an environmental and a political story.

The dire news didn’t abate as 2018 drew to a close. A December report from the World Health Organization (WHO) said that emissions from fossil fuel-powered electricity, transportation, and other sources are “a major contributor to health-damaging air pollution, which every year kills over seven million people.” It called extreme weather events linked to human-caused climate change “a clear and present danger to health security” and concluded the health benefits of addressing climate change “far outweigh the costs of meeting climate change goals.”

Just as the disastrous future impacts of climate change were coming into clearer focus, we also received sobering news about the present. Last December, the Global Carbon Project projected that carbon dioxide emissions worldwide reached an all-time high in 2018, up more than two percent after three years of almost no growth. A January 2019 U.S. Energy Information Administration (EIA) report estimated an increase of nearly 3 percent in 2018 energy-related carbon dioxide emissions, the largest jump since 2010 — reversing a trend that had seen three consecutive years of decline. The EIA estimated that total U.S. emissions would fall in 2019, and that prediction appears to be bearing out, due to a drop in coal consumption. However, total global carbon dioxide emissions will see a rise again for 2019, says Stanford University’s Rob Jackson, who chairs the Global Carbon Project’s Scientific Steering Committee.

Alarm bells about climate change impacts in the Arctic sounded throughout the year. In April, a NASA-funded study of the Greenland ice sheet, published online on Earth Day, found the mass loss of ice discharged into the ocean from glaciers on the world’s largest island had increased six-fold since the 1980s. Meanwhile, sea level had risen nearly 14 millimeters since 1972, with half of that in the last eight years. (Later, a severe mid-summer Arctic heatwave contributed to the historic melting of the Greenland ice sheet, with 12.5 billion tons of ice melting into the ocean on a single day — the “biggest single-day volume loss on record,” according to the Washington Post). 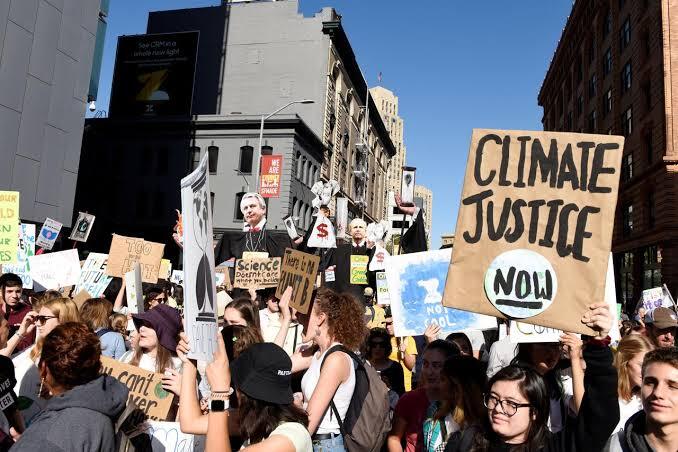 In May, a landmark U.N. biodiversity report provided another stark statistic: One million animal and plant species on Earth are threatened with extinction, and rates of extinction are “accelerating.” The report gave a devastating assessment of how climate change and global economic development over the past 50 years have impacted nature and threatened the health of ecosystems important to humans and all other species. The report’s research underpinnings are strong: a systematic review of some 15,000 scientific and government sources that also include indigenous and local knowledge.

In August, on the heels of record-breaking global heatwaves, from South Korea to northern Norway, another major IPCC special report called attention to land-related climate change threats. It found that “climate change, including increases in frequency and intensity of extremes, has adversely impacted food security and terrestrial ecosystems as well as contributed to desertification and land degradation in many regions” of the world. The report recommended sustainable land development and adaptation practices to combat further destruction.

The highly anticipated September 23rd U.N. Climate Action Summit in New York brought additional climate reports. On September 22nd, the U.N. Summit’s Science Advisory Group released United in Science, an ambitious synthesis connecting the dots between “the very latest authoritative” science and “concrete actions” to “halt the worst effects of climate change.” The IPCC released a post-summit blockbuster report outlining profound changes underway in the Earth’s oceans and frozen regions, including glaciers and ice sheets. The report concluded that warming oceans, melting ice, and rising sea levels are already affecting everything from coral reefs to the nearly 10 percent of the global population living in low-lying coastal areas — and negative impacts will greatly worsen in the future.

The oceans report capped 12 months of overwhelming scientific evidence of global climate change hazards. The consistent message is that severe climate-change damage is already well underway; some impacts will be long-lasting or irreversible; the damage disproportionately hits vulnerable populations; and combatting climate change will require unprecedented economic, social, and technological transformation. But, crucially, the reports say it is likely not too late to prevent the worst effects of global warming by adopting meaningful adaptation and mitigation strategies.

So, where does this leave us? I’d argue that, more than anything, we’re left with a heightened sense of urgency, as well as uncertainty, about immediate and forthcoming climate dangers. For many years, coverage of climate science reports had an implicit future tense, as in, “It’s a problem for your grandchildren.” Alas, the future came faster than scientists had predicted, and the world is now confronted with the reality of climate change-related extreme weather events and other threats. The frightening wildfires now racing through Southern and Northern California show what this climate-related new reality looks like for the country’s most populous state.

The upcoming U.N. Climate Change Conference — the 25th session of the Conference of the Parties (COP25) to the U.N. climate treaty — will once again put pressure on delegates from nearly 200 nations to deliver concrete action on promises made under the 2015 Paris Agreement. (COP25 was set to be held in Santiago in early December before the Chilean government abruptly pulled out of hosting the event.) The disappointing substantive and political outcomes of the September summit in New York, particularly the lack of stronger commitments from big carbon emitters like China, India, and the U.S., mean expectations are low. The leadership vacuum left by American President Trump, with his strident pro-fossil-fuel rhetoric and planned exit from the Paris Agreement, makes things worse.

In her emotional speech at the U.N. Climate Action Summit, Thunberg chastised world leaders for failing to act on climate change: “For more than 30 years, the science has been crystal clear. How dare you continue to look away and come here saying that you’re doing enough when the politics and solutions needed are still nowhere in sight.” Her angry phrase “How Dare You?” went viral on social media and millions viewed the video of Thunberg’s speech on YouTube. This plucky young activist is likely to deliver a similarly strong message at COP25, pushing the scientific case for significant government action now to help protect her generation and others in the future.

Will the world leaders at COP25 be listening, and what will they do?

The article was originally published on Undark. You can read it here.