The southern state has as many as 32 butterfly hotspots and efforts to conserve the insects has picked up pace in recent years. 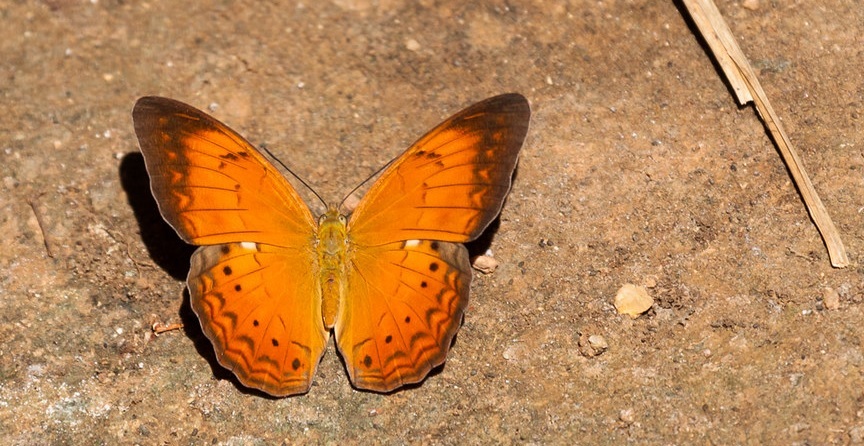 The southern state of Tamil Nadu has recently declared Tamil Yeoman (Cirrochroa thais) as its state butterfly to symbolise its rich natural and cultural heritage, in a move aimed at boosting the conservation efforts of the attractive insects.

Locally known as Tamil Maravan meaning ‘Tamilian Warrior’, the canopy butterfly, usually sized between 60 and 75mm, belongs to the family of brush-footed butterflies or the Nymphalid.

The winged wonder, with its natural zigzag patterns near its bright orange-coloured wings and its aesthetic dots, has always been a fascination for local nature enthusiasts. A tawny-coloured insect with dark brown highlights at the border of its wings, Tamil Yeoman was chosen by the state authorities after a protracted process which lasted for a few years to decide on which butterfly should get the state honour. Tamil Yeoman was finally chosen for its cultural identity linking the state through its name and is abundance in hilly areas.

Tamil lacewing was another species which gave a tough competition to Tamil Yeoman but authorities chose the latter for it is to be found in large numbers though found in only a few regions of Tamil Nadu.

Endemic to the biodiversity hotspot of Western Ghats, Tamil Yeoman is usually seen at the foothills and moist evergreen forests of the state’s mountainous regions. Known to have a straight flight with few wing beats and long glide, the butterfly is actively spotted in forest streams too.

Tamil Nadu has a total of 32 species of butterflies endemic to the state. With the latest policy initiative, it has become the fifth India state after Maharashtra (Blue Mormon), Uttarakhand (Common peacock), Karnataka (Southern birdwings) and Kerala (Malabar banded peacock) to bestow a state emblem status to one of its colourful insects. Incidentally, both southern birdwings, which is the largest butterfly species found in India, and Malabar banded peacocks are, like the Tamil Yeoman, endemic to the Western Ghats as well.

Butterflies are great bio-indicators of an ecosystem as they are highly sensitive to environmental conditions such as temperature, sunlight, humidity and rainfall patterns. Their presence, patterns and migration assist in mapping the climatic health of a region and are they are perhaps the most studied insect group across the world. 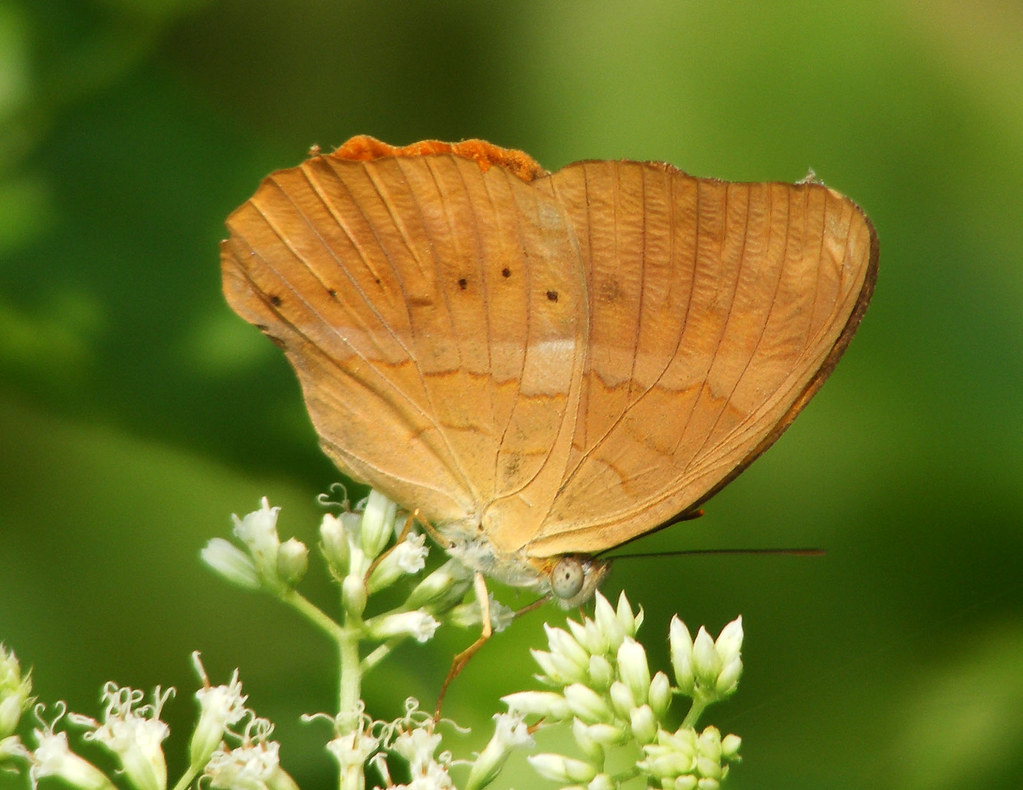 Tamil Nadu’s naturally elongated geographical placement combined with the presence of Eastern and the Western Ghats generate a variety of habitats with diverse ecological conditions allowing plenty of ‘butterfly hotspots’.

The state has as many as 32 butterfly hotspots – designated as a place where at least 25% of all the available species found in the state – while experts are on track to identify more such zones.

The larger question, however, remains whether such policy initiatives of various governments help in wildlife conservation, which is the aim of such initiatives, or do they end up a mere publicity exercise to attract attention. At least, some environmentalists are optimistic about the ongoing efforts.

“First, we have to create awareness among the public about the importance of butterflies. For example, Maharashtra declared the blue mormon, which was originally considered a pest by farmers, as the state butterfly. Farmers used to employ pesticides against them. But, now that has come down due to awareness,” said Mohan Prasath, who runs the organisation Act for Butterflies and was part of the expert team which recommended the state declaration.

Prasath added that such steps will first create awareness among the common public to recognise that butterflies are an integral and important part of nature’s ecosystem.

“Once the species is declared as a state butterfly, this will help channelising government funds towards a particular environmental cause. For example, now the survey to study the butterflies can be initiated under this banner,” said Prasath and conceded that more active steps need to be taken from all the stakeholders as well.

In the past few years in Tamil Nadu, the interest of butterfly conservation has sprung to sudden existence, thanks to various non-governmental bodies and enthusiasts, who closely study the migratory patterns and document their habits.

The Tamil Nadu forest department, with the help of experts, published a book compiling the 326 species of butterflies found in the state along with photographers. The last such compilation of butterflies was only in the British era.

In 2015, the state government inaugurated the ‘tropical butterfly conservatory’ – a 27-acre facility located in a reserve forest zone near Trichy – as a marked step to examine and impart the biodiversity in the region.

Pavendan Appavu, the founder of the NGO Tamil Nadu Butterfly Society, said it is usually the larger animals like elephants and tigers which attract people’s attention when it comes to conservation.

“Butterflies are not only great pollinators but also play a crucial role in the food chain. Creatures like chameleons, birds, frogs and even monkeys eat butterflies. They help maintain the balance of the ecosystem,” added Appavu. 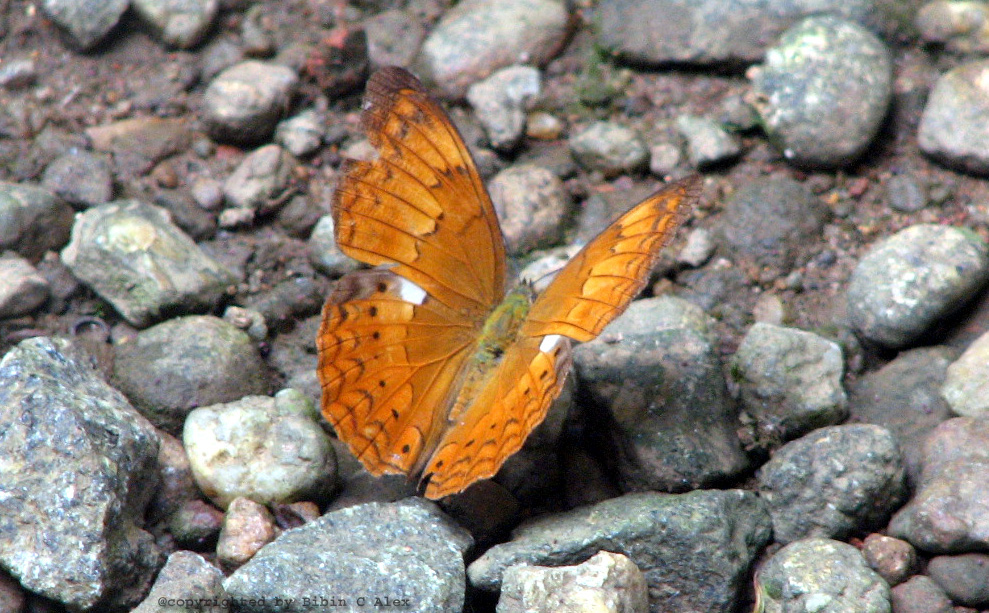 Smaller creatures like insects, beetles and amphibians also have equal importance in the ecosystem and this often goes unnoticed, he said, adding that through such efforts, this will bring back necessary attention to butterflies and its vital role in the ecosystem. Under this initiative, more data and studies can be commenced towards larger conservation efforts.

“We need more follow-up measures, of course. The government can introduce lessons on insects and butterflies. Smaller administrative zones can study and record ecological health through the status of butterflies. Even schools can set up gardens which attract butterflies offering the students to learn about nature. These are some efforts which could bring limelight on butterflies,” said Appavu.